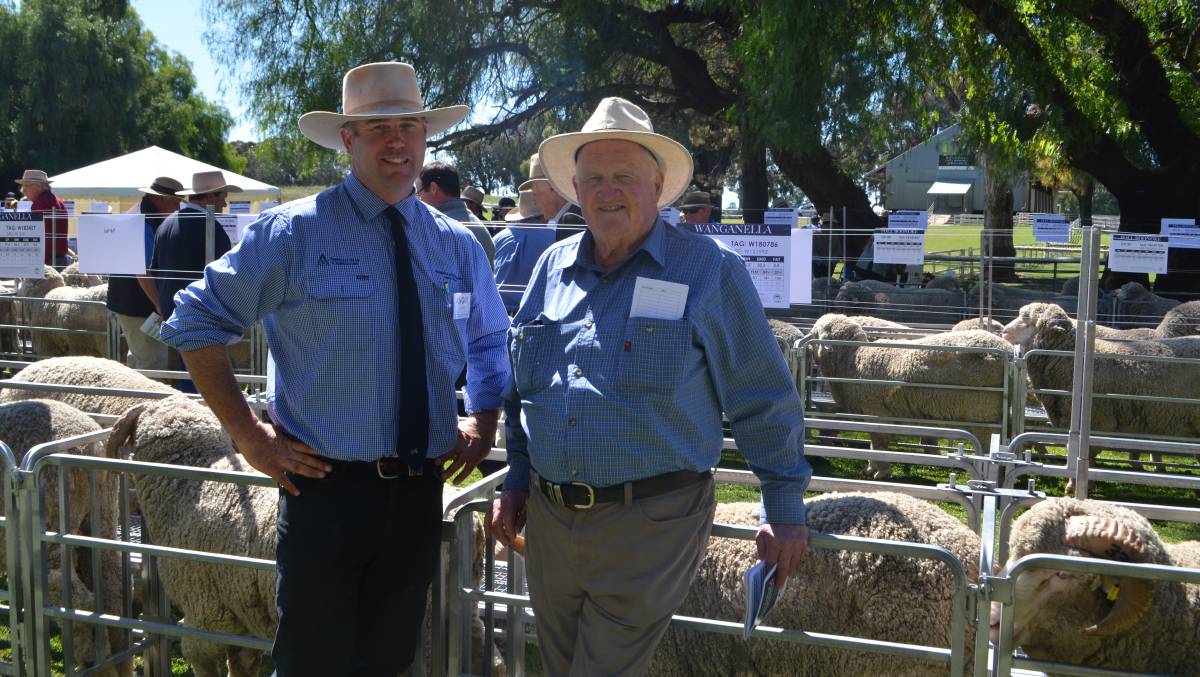 Angus Munro with Bill Mildren at the ram sale at Boonoke, Conargo.

Among big mobs of sheep and stud Merino rams, from jackaroo to sheep classer Bill Mildren has seen them all.

Bill Mildren is well-known across the sheep industry for his work with studs and mentoring young people.

Retired now and living in Deniliquin he still keeps in touch with wool industry trends reminiscing about the places and people met during his career.

Although he was very young at the time, Bill Mildren has very clear memories of growing up during the Second World War.

He was living on a sheep station northwest of Longreach managed by his father Ned and even though it might now be thought the war would hardly impinge on the outback, Bill recalls vividly that time.

"We had an air raid shelter in the garden, I remember Darwin being bombed and each night sheets were put over the windows to stop the light."

Bill also remembers the stockpile of fuel stored in case all the property and stock were to be destroyed if Australia was invaded.

The scorched earth policy above the so-called Brisbane Line was to make it difficult for the enemy to come south.

That was on Eulolo Station, owned by Collins, White and Co and running 80,000 sheep and 7000 cattle near McKindlay.

Bill's father had started jackarooing at the age of 14 on Boonoke, Conargo where Ottie Falkiner was in control. And by the time he was 25 he was managing Eulolo.

"Dad had gone to Eulolo has overseer but the overseer left within six months and another six months the manager left so Dad was on his own," Bill said.

"Communications were slow and he hadn't heard from anyone so he ran the place as he thought and when the owners did come up they said 'you've been running the place for six months so you had better keep on'."

Ned Mildren was on Eulolo for 15 years during which time Bill, his sister Wendy and younger brother Joe went to boarding school in Charters Towers.

The Mildren family then moved to Thylungra near Quilpie owned by Australian Estates and shearing 120,000 sheep.

"Dad started as assistant manager to spend two years under the manager to learn the country," Bill said. 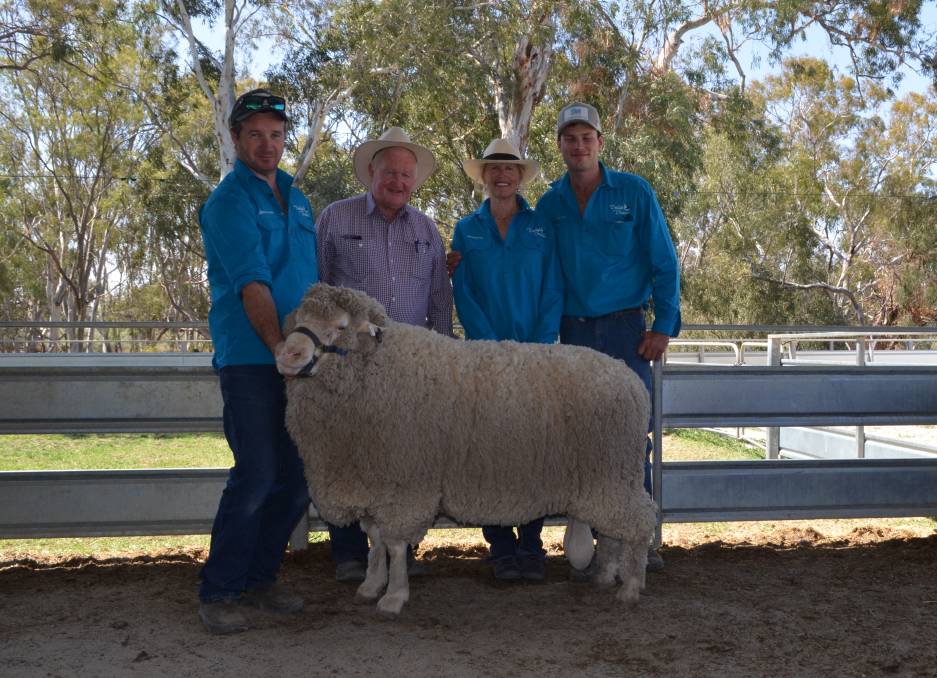 Upon leaving Scots College in Warwick, Bill went to Raby, Warren as jackaroo.

The stud property was owned by Australian Estates and managed by Norman Volk who had not long taken over from Howard Holmes.

"I started on four pounds per week and fully kept.

"I learnt a lot from Mr Volk but Frank Pennefather who was the classer was very reserved."

At the end of his second year, Bill went into the ram shed and prepared the rams to be sold during the Sydney Sheep Show and the Brisbane sales as well as the show team.

He was then transferred to Buckinguy, Nyngan ... 'a beautiful property, for fertility of sheep that country is as good as anything in Australia'.

But wishing to pursue a career with stud Merinos he went to Zara, Wanganella as jackaroo where Stuart McKellar managed the Poll Boonoke stud for F.S Falkiner and Sons.

Hard work and dedication led Bill to be offered the position as stud overseer on Isis Downs, Blackall, QLD which really opened his mind to the genetic ability of the Merino.

"They had a Poll stud, based on Poll Boonoke and selling 2000 rams a year," he recalled.

"But I learnt you could take big strong wool rams from the Riverina to western Queensland they were okay if soft enough in the wool."

But the big move in Bill's career occurred when he went to the 1963 Sydney Sheep Show and was introduced to Tom Culley who was exhibiting sheep from his Wonga stud at Jerilderie.

"Hugh Warden had just resigned as overseer and I was offered the job by Mr Culley," he said.

"His sheep were totally different to others ... the amount of wool growth and the terrific skins

"They were big sheep and cutting a lot of wool but the wool was soft although bold crimped."

Bill said the soft and thick skins were common enough today but without the development noted in the Wonga sheep during the 1960s.

"We have a more dual-purpose type today but we wouldn't have the productivity if not for what the boss did at Wonga," he said.

Eventually Bill developed a classing run and he said he enjoys passing experience to the next generation.

"I want them to step back and look at the sheep," he said.

"Although I use figures as a guide, there are a lot of traits you can't measure."

Of the three factors, meat, wool and fertility, for which sheep are selected Bill said the greatest profit driver is fertility.