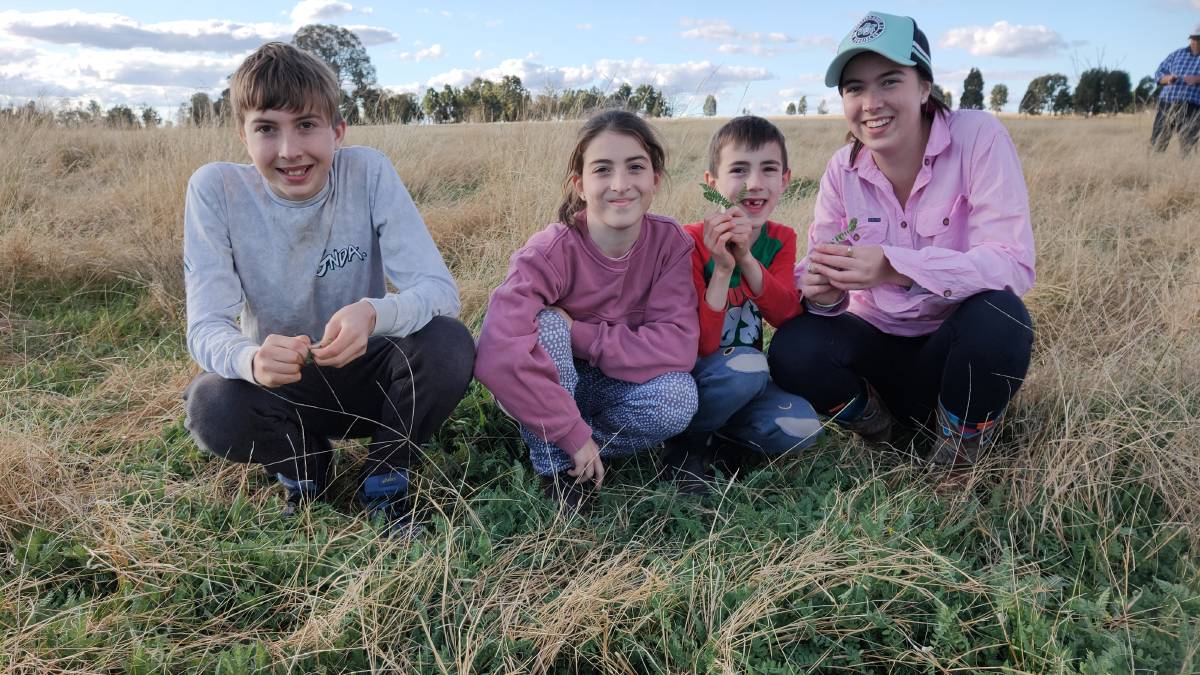 On many properties a feature of pasture recovery post drought has been how well many winter legumes have regenerated to provide great winter feed. 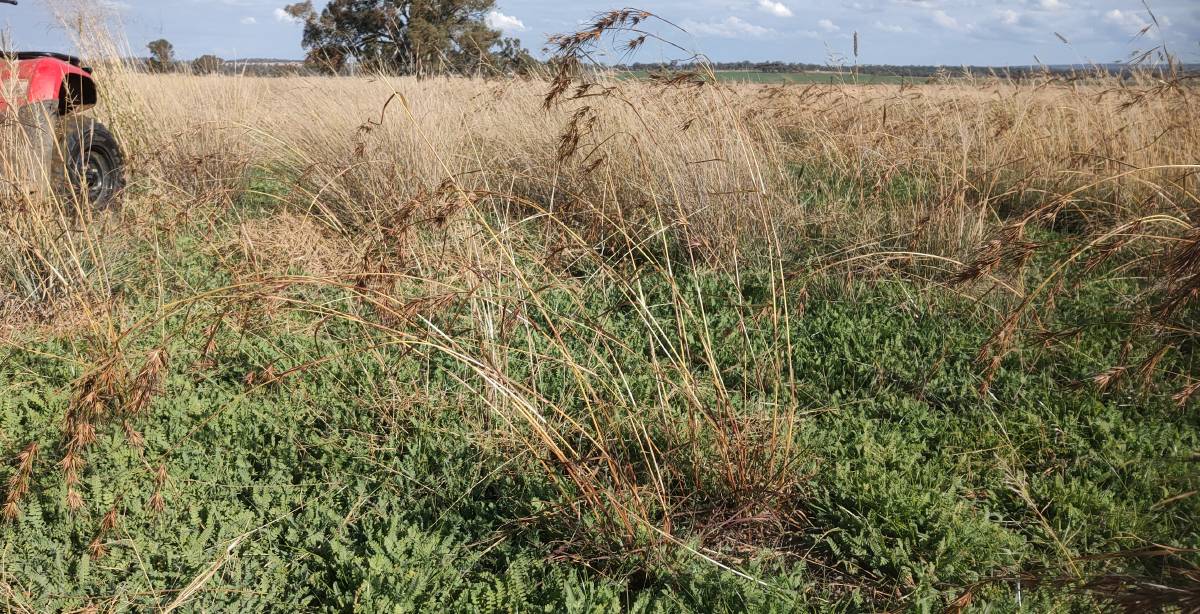 Late May view of King serradella in native grass pasture with a good population of Kangaroo grass. Serradella will provide bloat free feed through winter and spring.

For an example of long term serradella persistence (plus sub clover and biserrula) and good productivity we can provide a morning look around our serradella (Purlewaugh east of Coonabarabran) in tropical and native grass paddocks. All aspects of sowing, variety, grazing management and nutrition will be covered. Due to Covid-19 virus we are unable to hold an open field day. However we can cater for a small group (5 to 10) just contact us to arrange at a gratis rate.

Serradella is our main legume in native and tropical grass light soil pastures. Key aspects are early flowering hard seeded varieties (King, but there are other good ones) and being careful to allow seeding every second or so years. Serradella is an aerial seeder so in dry spring years like the last three, light or no spring grazing until after seed set has been important. In tablelands longer season Avila is suitable. Serradella growing in a tropical grass pasture in a good winter and spring. As serradella dries off into spring tropical grass will take over providing quality green feed.

It has several valuable features including more phosphorus efficiency than other legumes. Research by CSIRO and others, (MLA funding), show serradella performs at maximum production at lower soil phosphorus levels than required for species such as sub clover and medics. For example, on a soil with low "phosphorus buffering index" (PBI) serradella grows at maximum at around 20mg/kg (Colwell test) whereas sub requires 30mg/kg or higher. In the last two years that has saved us thousands of fertiliser dollars.

Serradella is a most acid soil tolerant species in soils with acidity down the profile. Soil aluminium toxicity, assessed as percentage of cation exchange capacity (CEC), correlates with soil pH and adversely affects many species. Serradella varieties generally have high tolerance to aluminium and have produced and persisted in soils as low as pH 4.0.

Especially valuable in a good winter/spring, serradella is low risk for bloat. Our steers are placed on serradella dominant pastures when bloat risk on species like sub clover is high. It roots faster and deeper than legumes like sub clover. Faster rooting helps faster establishment in autumn and can help persistence longer into protracted dry periods, like the recent droughts, where it has commonly survived while others have died. Related to its root attributes is its ability to "re-fire" should later spring rains occur. In contrast species like sub clover often senesce following a dry early spring and fail to regrow in response to later rains.

Unlike some varieties of sub clover, serradella does not contain harmful levels of oestrogen that can lead to sheep fertility issues. Serradella feed quality is at least equal to other pasture legumes for grazing, hay, silage or carryover feed.

Bob Freebairn is an agricultural consultant based at Coonabarabran. Email robert.freebairn@bigpond.com or contact 0428 752 149.