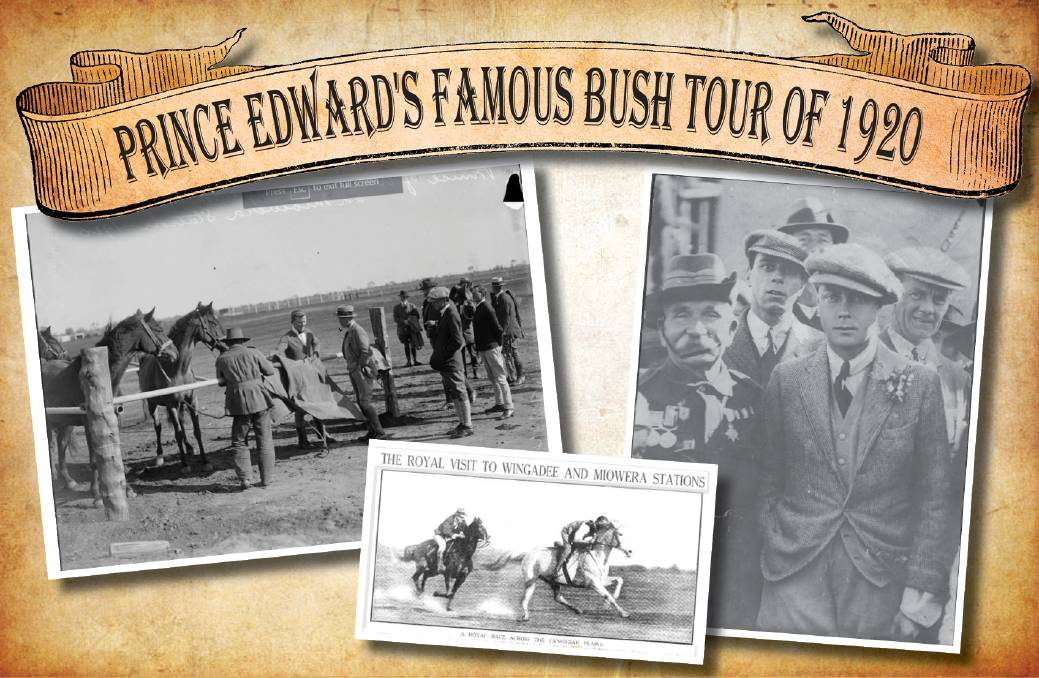 Prince Edward was a hit wherever he went in the bush and city and loved racing horses.

A future English king cut his teeth in outback NSW

He shouted an outback bar, slept through a civic reception, went kangaroo shooting and then raced horses across the Nyngan plains, having the time of his life.

This was the young Prince Edward, the future King of England on his euphoric Australian tour of 1920, 100 years ago. He arrived as pink-cheeked slim young Englishman, to leave as a weightier and hardier Royal.

While he was celebrated by an Australian public with the fervour for the "Mother Country" that followed the Great War, the 26-year-old Prince chose north-west NSW for his escape and down time. He was a guest at Wingadee station near Coonamble and later at Miowera Station near Nyngan, and it was a Royal visit like no other.

His first port of call was at Wingadee, where luckily a press attache from the Australian government accompanied the Royal party, and was able to record some of the unique encounters. G.H. Goddard chronicled how the young pipe-smoking Prince rode in from Wingadee Stataion to go to the Coonamble races, stopping at the Tyrone pub, where about 10 people were gathered.

The Prince caught up in the excited bush greeting announced he was shouting the bar, Goddard,a former editor at Smith's Weekly, wrote. The only problem was that the Prince had no money on him, nor did any of his Royal party, so an Australian stepped in to pay the bar bill.

The Prince was the centre of attention at Coonamble races and showed his kind side by helping a young disabled girl trying to get a picture of him amidst the milling crowd. Goddard remembered: "he strolled through the enclosure in riding breeches, soft shirt and collar and with an old felt hat, and found a cripple girl on crutches trying to take a photo of him with a box camera". He took her into the enclosure so that she could get the right picture without any trouble. 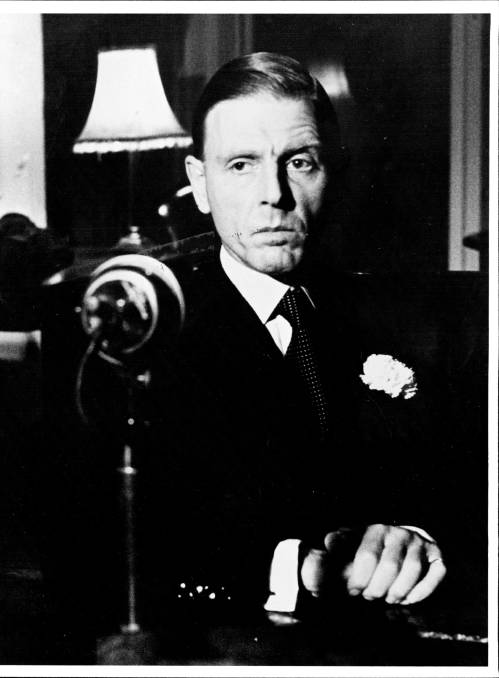 English actor James Fox played King Edward in a famous movie. Edward became a sad figure in the end after the furore that ended his reign, a nation turned on him for his alleged Nazi sympathies.

After the races he rode back to Wingadee via the pub and the news of his previous shout at the bar had spread far and wide. There were 40 people waiting, including an old swaggie. The Prince must have had some luck at the races as he again announced "drinks for the mob". The swaggie quickly wrote up a sign that he plonked in front of him, announcing he had been "patronised by the Prince of Wales", wrote Goddard, "as an incentive to station owners and cockies to donate more freely to his keep. The Prince was greatly amused by the old fellow".

Travelling by train, the Prince headed off for Nyngan via Dubbo, only to fall sound asleep early in the morning as the train stopped with a huge crowd outside. He was, in old terminology, "counted out" by the disappointed crowd, but returned at the end of his trip to be "counted in" when he greeted them all and apologised. The original incident caused some uproar in the Sydney press, and Goddard explained the Prince was well-known for sleeping in.

At Nyngan, he was a guest at Miowera station on the Canonbar plains, where a ballroom was specially built for the Prince's visit. An excited crowd, the largest ever seen in Nyngan, gathered to witness the Prince lay a foundation stone for a Soldier's Memorial Hall. He was led into town by 25 Light Horsemen. (Due to a lack of money the hall was never built and the stone still sits near the Bogan Shire Council chambers). Many, perhaps apocryphal, stories have flowed about his Nyngan stay, including one that an old digger spotted him while the Prince was out shooting and asked who he was. "I'm the future King of England," the Prince replied. "Oh sure," the reply came. To his gobsmacked face, the digger later saw the Prince in his official duties in Nyngan. The Prince went out fox and kangaroo hunting at Honeybugle.

The Prince spent hours inspecting fleeces and rams, so much so that a rodeo to be held in his honour was delayed until the next day. His trip was arranged by the managing director of Goldsborough Mort, J.M. Niall, who went to great expense to get Miowera, a renowned Merino Stud and part of the Canonbar Estate, ready for the Prince. They held a ball for him there and a local girl, a Miss Hope Phelps, had "the honour" of dancing with the Prince.

The Sydney Mail reported: "The prince did a good deal of horse racing during his country tour. At Miowera he had some particularly fine sport into which he entered 'with the enthusiasm of a schoolboy'" The horses appealed to him most "more than sheep or kangaroos", and he "chatted freely with station hands" and rough riders. After he left, the Nyngan Observer declared "Nyngan will now have a prominent place in the world." 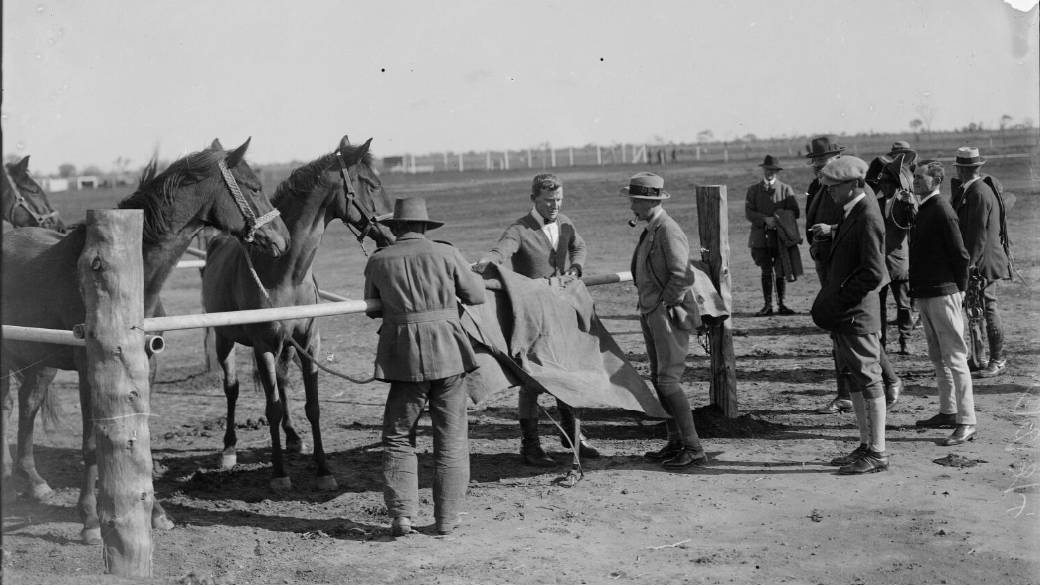 Prince Edward checks out the horses at Nyngan.

The Prince left Australia in the most amazing battleship of the time, HMS Renown, and Goddard observed Edward was very affected by his Australian stay, putting on some good weight, a stone heavier, and saying "Good-O and Right-O like a native".

The Prince became King Edward V111 - but only for 11 months after he abdicated in late 1936 so he could marry his US divorcee sweetheart Wallis Simpson. He exiled in France and one wonders if he thought fondly of his days out in the NSW bush.

Thanks to Leonie Montgomery, Nyngan Historical Heritage Society, and Abigail McLaughlin, Tourism officer Bogan Shire Council, for their help with this article.