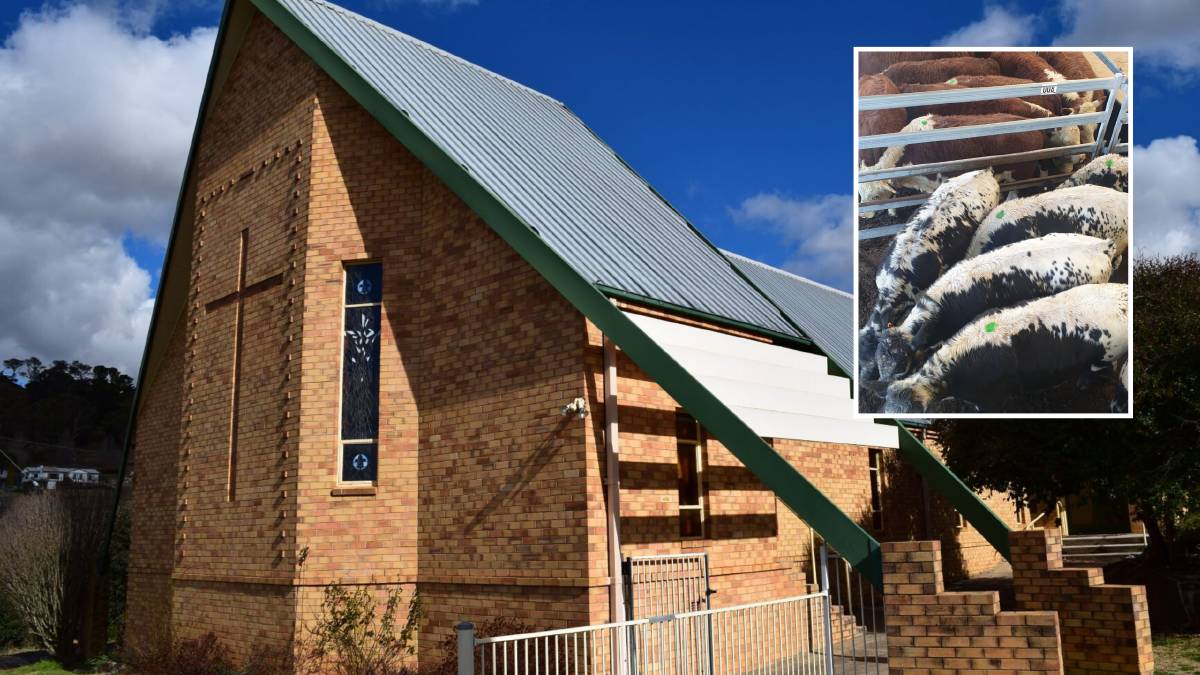 Everyone from livestock agents, transporters and cattle producers offered their support to a fundraiser for the Saint Andrews Anglican Church on Monday.

Many producers were sacrificing their own limited feed to support the fundraiser.

Forget passing the plate - the offertory at a Walcha church received a beefy boost this week thanks to some local supporters.

For a number of years now cattle producers, agents and livestock transporters have offered their services to a small cattle backgrounding fundraiser aimed at supporting the Saint Andrews Anglican Church.

At the Tamworth sale on Monday just under $30,000 in cattle sales was donated to the church in a true community effort.

Mr Olrich, who is also the program coordinator, said the backgrounding fundraiser had grown considerably.

What started out as trading five to eight head a year had grown to half a dozen producers helping to run 20 to 30 cattle annually, he said.

"They were purchased last year when they were only little weaners so it was a good turn over. It's one of those community based things we try to keep going."

The church attracts a congregation of about 40 to 50 people each week but is a major pillar of the community beyond Sundays.

The site includes the original church, a new church building and a hall complex, which is used for local dance lessons, play groups and wakes.

The money will go towards maintaining the facilities and potentially extending the church or constructing indoor toilets.

Reverend Ben France commended the generosity of all those involved in supporting the cattle fund and maintaining it during recent drought.

Many were sacrificing their own limited feed to support the institution.

He commended them for working above and beyond to contribute to something they valued and believed in.

"In a rural setting it's a great way for people to use their resources to support something they believe in and appreciate," he said.

"I'm blown away by people's generosity and particularly working through a drought and seeking to still maintain that system. Sometimes churches can be perceived as being all about the money but it's not the case.