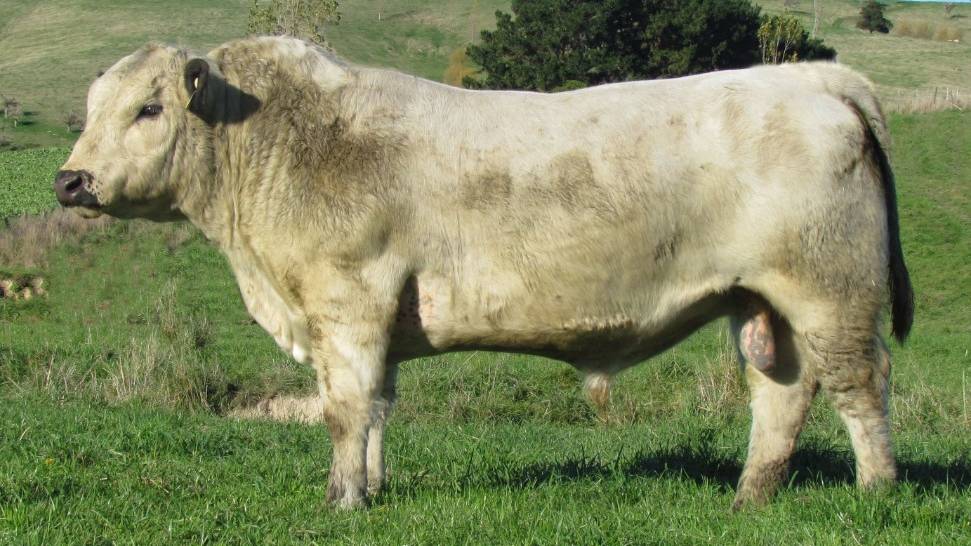 An equal Australiasian record for a Speckle Park bull sold at auction was made when Justin and Amy Dickens of JAD Speckle Park stud, Yeoval, made the final bid of $35,000 NZD for upcoming sire Maungahina Promise P194.

The Dickens saw the bull in January and thought he was the pick of Mark and Melissa McKenzie's, and Mark's father Brice McKenzie's, bulls for this year.

"He ticked the boxes for us. He has a lot of maternal strength in his pedigree, balanced data and phenotypically he is exceptionally. His scrotal and temperament are also good," Justin said.

"We have a huge amount of trust in the McKenzie family and integrity in what they are doing. We weren't there to see today, but what we saw in January, what Mark provided (videos, photos) and our trust in their herd we felt comfortable to go through with it today," Mr Dickens said.

"We look up to Maungahina.They are an entity that has done the most with Speckle Park in relation to commercial reality and bulls being measured through Breedplan.

"There is not a tougher breeder than the McKenzies on structure, fertility, temperament, and longevity (governed by phenotype and structure) and they are key profit drivers for us."

Offering a lot of options they will use the $35,000 Promise P194 over a large portion of their herd.

"We went to Canada to build base ... we have got the base we like, and this bull can be used over them," he said.

Promise P194 now holds the record alongside Minnamurra Leander L81 who was purchased by a syndicate in 2017 for $35,000 from the Minamurra Speckle Park bull sale.

Reaching a new Australasian record price paid per straw for semen, five straws of Maungahina Legacy sold for $5150 NZD per straw to a new entrant to Speckle Park breed based in Western Australia.

It was an exclusive offering of limited semen from Legacy who sits in the top one per cent of the breed for 200-, 400- and 600-day weights, retail beef yield, and eye muscle area, and top 10pc for milk and scrotal.

Another package of five straws of SPKNZ Extreme E27 sold for $3200 NZD/straw.