BASED at Woolumbool, north of Lucindale in SA's south east, Phil Clothier has been breeding Poll Dorsets since 1975 and White Suffolks since 1987, saying he had always aimed to breed rams which performed in the paddock, not just in a showring. 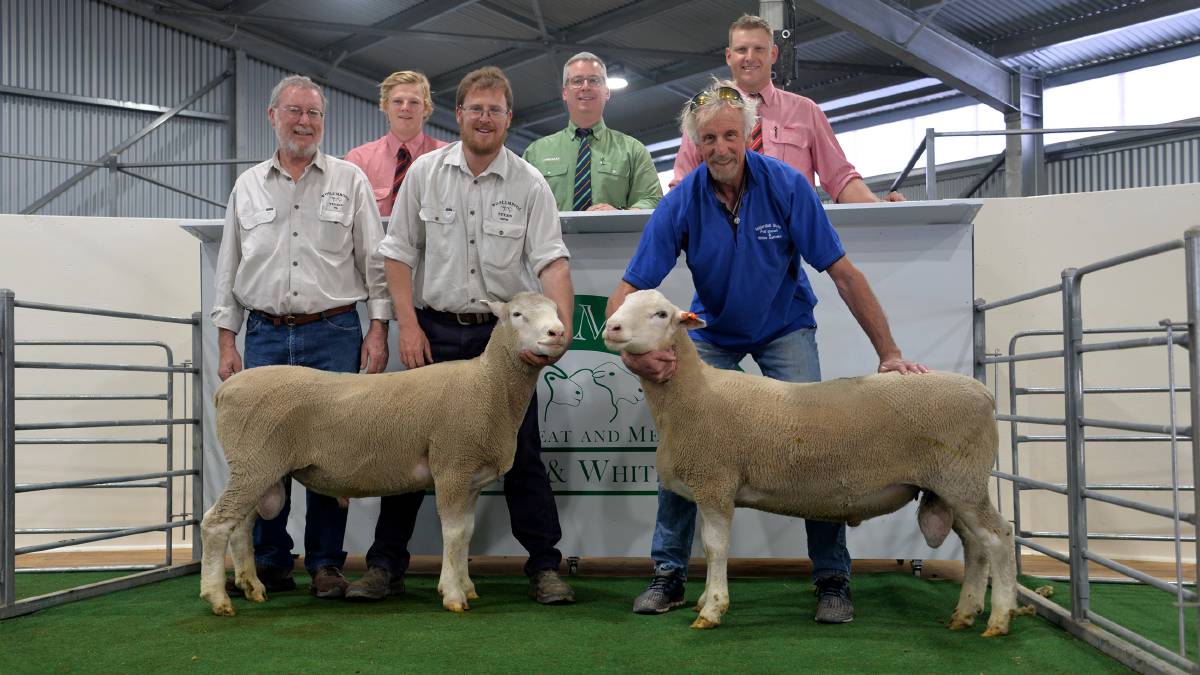 BASED at Woolumbool, north of Lucindale in SA's south east, Phil Clothier has been breeding Poll Dorsets since 1975 and White Suffolks since 1987, saying he had always aimed to breed rams which performed in the paddock, not just in a showring.

Objective measurements are a must-use tool for Woolumbool, with Mr Clothier saying he wouldn't breed sheep without them and that he had seen many a show ram produce the same progeny as a run-of-the mill ram.

Efficient production underpins the breeding objectives of Woolumbool's meat breeds, with the Clothiers - Phil's wife Sharon, his son Aaron and his wife Sally are also involved in the operation - aiming for high weaning and post weaning weights, but moderate mature bodyweights.

Mr Clothier said the stud's focus on paddock performance meant they were reluctant to supplementary feed, raising their rams on pasture unless a bad season intervened.

"Even with terminals, there's no point going big because that tends to indicate a late-maturing sheep," Mr Clothier said.

"I want a moderate bodyweight because the amount of feed it takes to feed an animal at mature weight when they're not rearing anything can be significantly influenced by bodyweight and, when shearing animals, the bigger they are the harder they are to handle.

"Our clients are used to buying rams that aren't as weighty as many other sales. They rely on breeding values when purchasing." 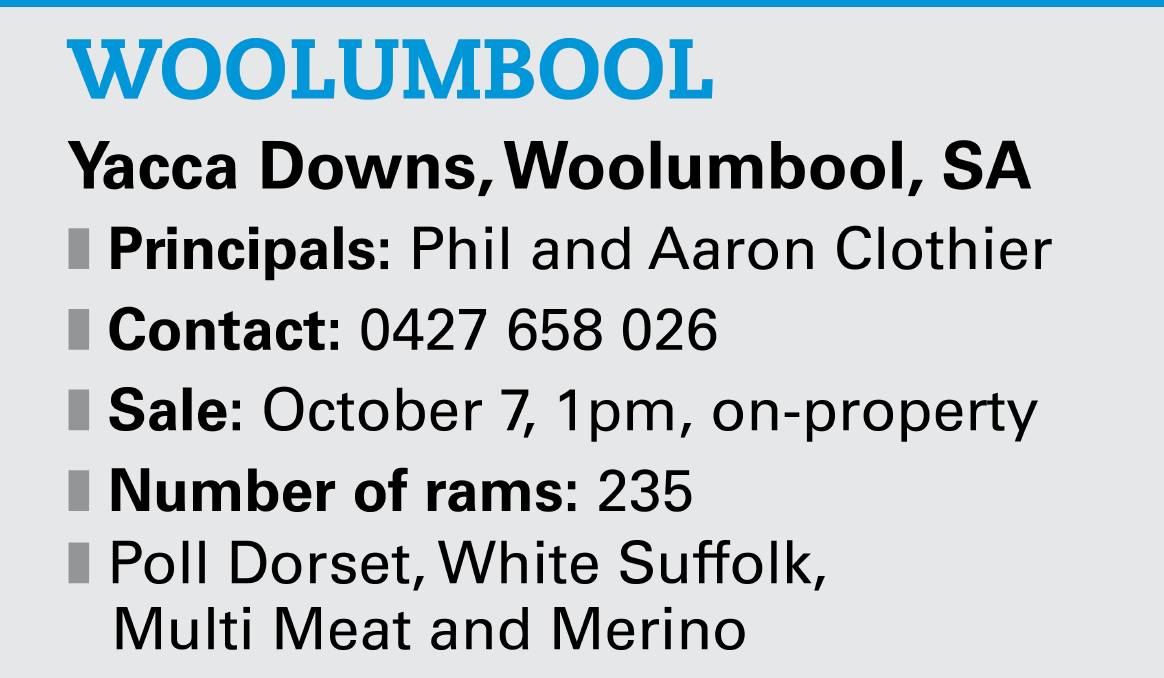 Woolumbool's clients, many of whom are commercial lamb producers, also benefit with high post weaning weights and exceptional muscling meaning they are quick to get up to selling size.

During Woolumbool's 2019 sale, those producers contributed to 183 of 221 Poll Dorset, White Suffolk and Poll Merino rams selling for a $1721 average.

The breeding objectives of Woolumbool's Poll Merino stud flock, established in 1992, are different to that of many other studs by Mr Clothier's own admission. He said rather than targeting a dual-purpose animal, they favoured wool production above all else.

"We want an easy-care animal that's got high clean fleece weight breeding values and very bright, white, long and free-growing wool that is resistant to weather damage," he said.

Rounding out the Woolumbool enterprise is a Multi Meat stud flock - a composite breed based off elite White Suffolk genetics.

Working with Multi Meat breed developer Colin Earl, the Clothiers lease out their stud rams each year rather than selling.

The point of difference in the breed is the Booroola gene, which means the daughters of Multi Meat rams often lamb at more than 200 per cent.

With four breeds and different objectives and requirements, Mr Clothier said the keys to success were "good fences, good monitoring and good planning".

Start the day with all the big news in agriculture. Sign up here to receive our daily Stock Journal newsletter.