After 130 years the NSW DPI has earned a ranking in the top one per cent of global agriculture research. 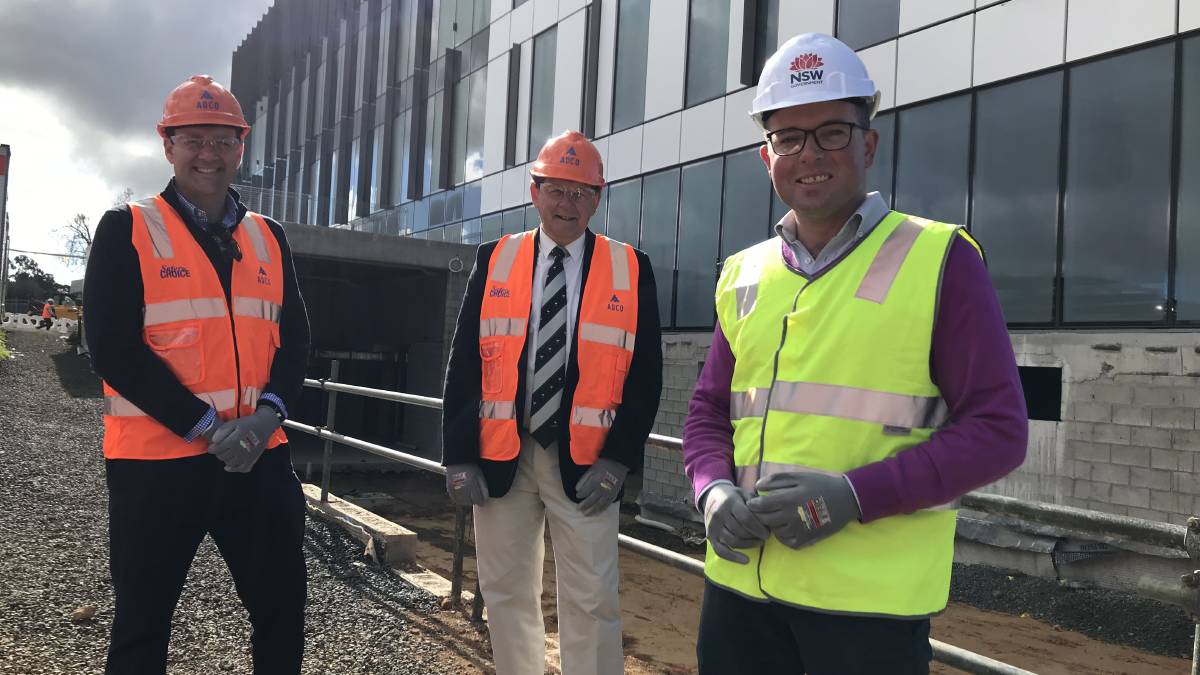 For more than a century the NSW Department of Primary Industries (NSW DPI) has carved out a formidable reputation in agriculture, horticulture, aquaculture, forestry management and biosecurity.

Its staff's dedication to push the boundaries bringing new technology to the state's farmers after 130 years has earned the NSW DPI a ranking in the top one per cent of global agriculture research.

And it all started when experimental farms focusing on education as well as research and development were established across NSW in 1892 and 1914.

"When I look through the record of achievement over that period I'm struck by how much things have changed since the NSW Department of Agriculture was established in 1890, and by how our core purpose has remained the same," NSW DPI director general Scott Hansen said.

But right from the get go, Mr Hansen said the organisation, first as the Department of Agriculture and now as NSW DPI, had always worked hand-in-hand with producers and with the agricultural industries to drive productivity and profitability for our farmers - growing stronger primary industries.

"The recent drought could have been an existential threat to our farmers and our primary industries, and it has been a hell of a challenge for many," he said.

"But because we've been there with them, because we understand them and their businesses and the environment they are operating in we have been able to stand with them.

"Right now we're helping farmers in certain areas gear up towards a rapid recovery as conditions improve, providing expertise and insights into local conditions, farm management advice and resources they can use to bounce back as quickly as possible."

"But I'm proud to say our purpose is as clear and as relevant now as it was 130 years ago."

The NSW DPI, originally known as the Department of Agriculture was founded in 1890 with Sydney Smith the first ministerial head and Dr H.C.L Anderson, the first director of agriculture appointed on March 10.

In 1893 wheat research began with trials of 200 varieties planted in Wagga Wagga. It saw the first specifically Australian wheat variety Federation released, in which this drought resistant and early maturing wheat enabled a rapid expansion of wheat growing in Australia.

The first Rainbow Trout was stocked in the Southern Highlands in 1894 with one million fish. DPI now releases more than one million native fish in NSW each year.

Then hit the federation drought, which started January 1895 and lasted until March 1903.

In 1910, 90 years of rice research started, with early experiments beginning at Yanco. The first piece of forestry legislation in Australia, the Forestry Act 1916, was enacted forming the Forestry Commission of NSW.

Nearly 16 years later, the NSW Rural Assistance Authority began with the setting up of the Farmer's Relief Board in 1932. 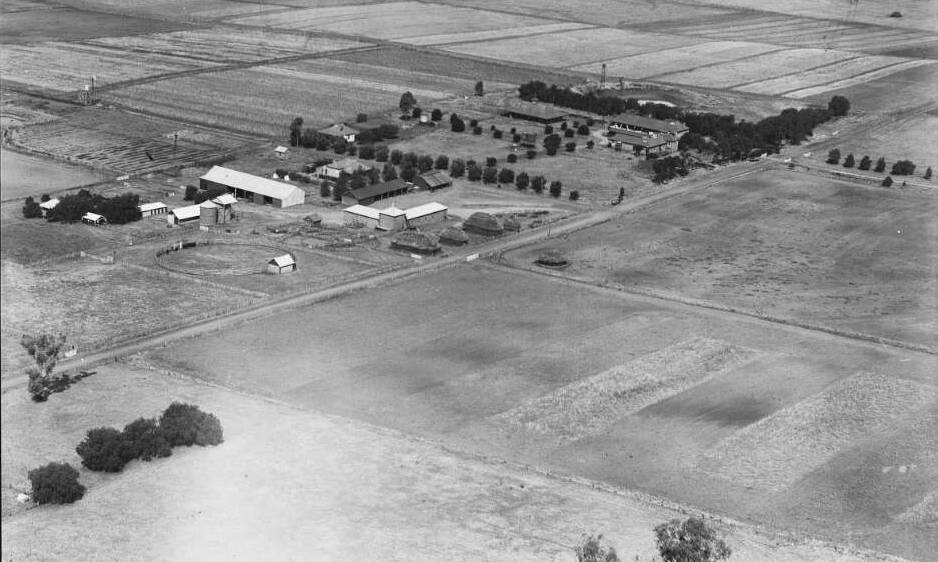 Between January 1935 and January 1945, the nation was at war in World War 11, while at the same time those back home on the land were suffering through drought. The oat breeding program commenced at Temora in 1954 and in the decade of 1960 to 1970 there was the introduction of zero till with trials.

Nearly a decade later, a lucerne breeding program was established in response to the aphid devastation of Hunter River Lucerne in 1978. Drought once again hit the country in April 1982 and January 1983. 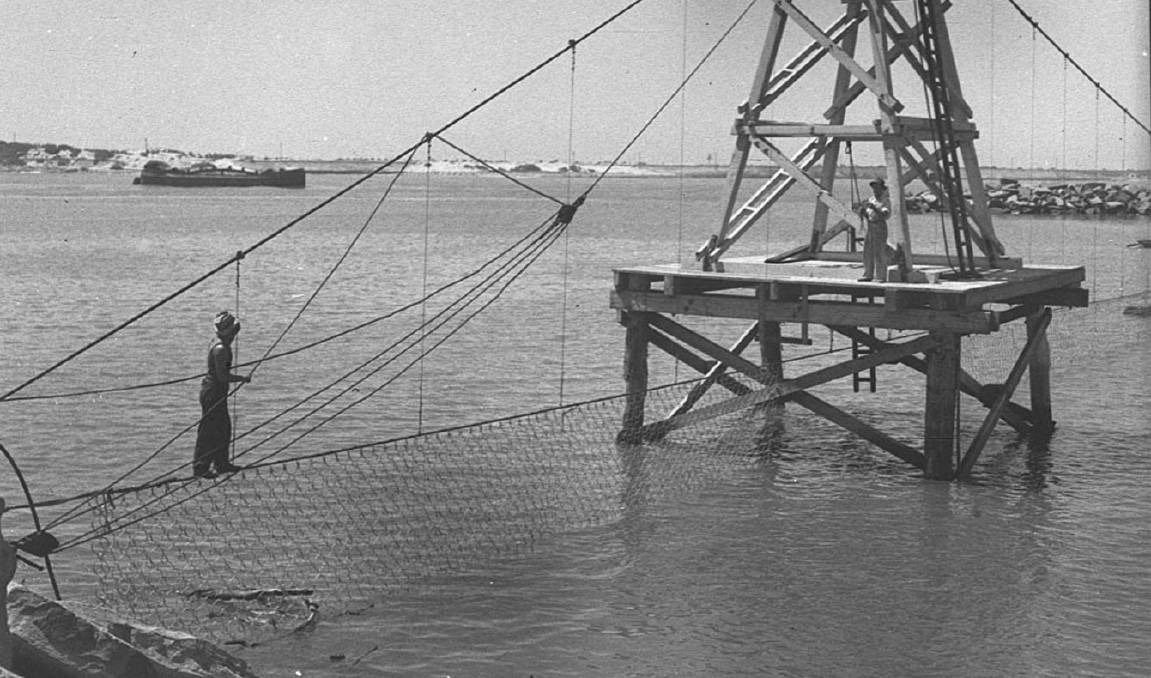 The Rural Women's Network was formed in 1992, which today facilitates networking and education to share information and promote action on rural women's issues.

The value of NSW agriculture industry now stands at $10 billion in 2001/2002 and two years later the Department of Primary Industries (DPI) was formed in 2004, the same year the NSW Food Authority was established, which remains Australia's first and only paddock to plate food regulatory agency.

But while industry was rejoicing with agriculture's worth, the Millennium drought hit and lasted until 2009. It was followed by Equine Influenza Outbreak in 2007. But a DPI-led campaign ensured the eradication of a severe EI outbreak within six months of disease detection. At its peak, 47,000 horses were infected across NSW.

A year later the NSW Food Authority establishes the Name and Shame register, allowing publication of successful food business prosecutions. In 2011/2012, the drought had broken and cotton production reached a historic high of more than 3.3m bales in NSW.

The Local Land Services opened its doors the following year, working with land managers and the community to improve primary production within healthy landscapes.

The Drought Strategy was launched in 2015, which saw $300 million in funding focused on preparedness, improved decision making and targeted support.

As wheat, barley, canola and chickpea production and yields were close to or at their highest levels recorded in 2016/2017, NSW expanded its wheat exports to South Korea.

By now the value of NSW primary industries hits $15 billion with cherry exports resuming trade to China and Vietnam in 2017 after improved fruit fly treatment. Once again state was hit by drought in September that year but the NSW lamb production was at its highest level on record in 2017/2018.

NSW DPI invested $50 million in primary industries research and innovation portfolio in 2018 to help bolster on-farm productivity with more than 700 research and development projects underway. But the prolonged drought was relentless and an additional $84m dollars in assistance and support measures were announced including transport subsidies.

In 2019 the state's farmers not only had to battle drought (more than 99 per cent of state in drought) but bushfires that started late last year. And then came 2020 - bushfires, still in drought and COVID-19.

Now the DPI is about to begin a new chapter moving from its head office in Kite St in Orange, where it has been since January 1992 to a new building on the former Orange Base Hospital.

The $75 million construction of the new NSW DPI headquarters is scheduled to be complete later this year and will continue DPI's almost 30-year history as one of Orange's largest employers.

Minister for Agriculture Adam Marshall said while DPI's heart was firmly in Orange, in the form of the headquarters, the organisation had a lasting connection with all of rural and regional NSW.

"NSW DPI has been at the forefront of every major agricultural innovation and change over the past century whether most farmers know it or not, the DPI has been integral to see our primary industry sector thrive, grow and continue to be regarded as the best in the world," Mr Marshall said.

"DPI has developed a strong bond with farmers over the years as a place our primary producers turn to for advice, guidance and insight into new technology, new markets and how to adapt to a changing landscape."