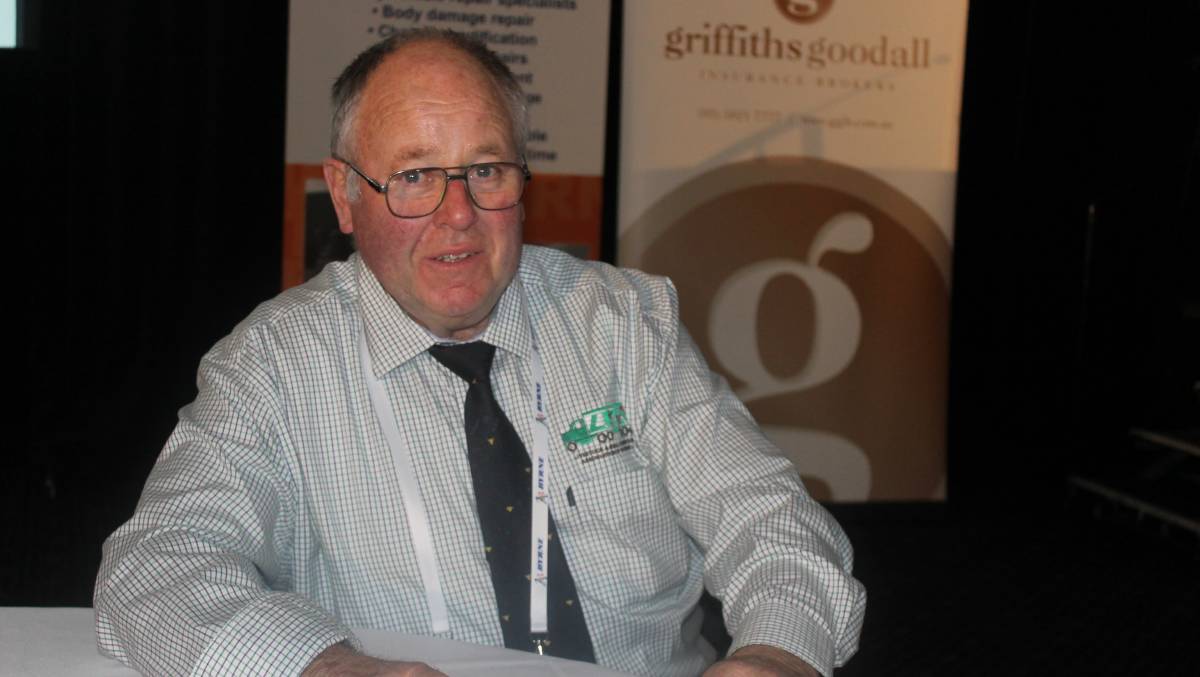 Livestock agents and transporters say the impending closure of the border between Victoria and NSW is unlikely to have an adverse effect on their operations.

Victorian Premier Daniel Andrews has announced the border will close, from 11:59pm, on Tuesday.

Mr Andrews said it was a joint decision between himself, Prime Minister Scott Morrison and NSW Premier Gladys Berejiklian.

"That closure will be enforced on the NSW side, so as not to be a drain on Victorian resources, that are very much focussed on fighting the virus, across our state," Mr Andrews said.

"There will be a permit system and further detailed arrangements will be announced by the Premier of NSW."

Ms Berejiklian said a "special permit or exemption" would be needed to enter the state from Victoria.

She said she didn't have any confirmation there were no cases in regional Victoria.

Mr Andrews apologised to anyone who had unavoidable travel, to NSW.

"I think it is the smart call, the right call, at this point in time, given the very significant challenge we are facing, in containing this virus."

A new daily Victorian record has been set for new coronavirus confirmations, with 127 cases confirmed on Monday morning.

There is now 645 active COVID-19 cases in Victoria.

Thirty-four of the new cases are linked to confirmed outbreaks, 40 were discovered through routine testing and 53 cases, from the towers, were being investigated.

Numbers in the North Melbourne and Flemington towers had doubled since yesterday.

Mr Andrews made no mention of whether or not agriculture would remain an essential service, but those associated with the livestock industry said they believed the border closure wouldn't have a major impact.

There'll be a prime cattle market, at Barnawartha, Wodonga, tomorrow and a store sale on July 9.

Although half the stock for the regular sales was drawn equally from NSW and Victoria, agents said they didn't expect any problems.

Michael Unthank, Brian Unthank Rural, Albury, said he believed agents would be given permits, to cross the border, "to do our everyday jobs.

"It's more the tourist side of things, that's affected," Mr Unthank said.

"I'm not making the rules, but I wouldn't think there would be issues- I hope not, anyway."

"If that's the case, it won't make much difference, the buyers are still going to come," Mr Meehan said.

Restrictions at saleyards had been eased, but had been reintroduced, after the spike in Melbourne.

"The people that need to get in, can get in," Mr Meehan said.

In a perfect world it would be good to have vendors seeing their cattle sold - and buyers to be there when stock went under the hammer, he said.

"We are making it work, you just have to," he said.

Rodwells Wodonga branch manager Peter Ruaro said he hadn't been notified as to the status of this week's sales, but 1400 head had been booked in for tomorrow.

"We have a special sale on Thursday, and, as far as I am concerned, it's business as usual," Mr Ruaro said.

"We are just continuing on, as normal."

"Thats what I have told a few people who have inquired; we are an essential service.

"It didn't stop us last time, when the restrictions were imposed, so I hope it doesn't, this time around."

NSW Farmers said it was imperative agriculture was deemed as essential service and that the closure has exemptions in place to reflect this.

NSW Farmers' president James Jackson sais the exemptions to the border closure should be modelled off those used in Queensland earlier this year.

"Border communities are set to be hardest hit by this change, but there are also several commodities in NSW that will be impacted through possible constraints on freight and access to processing plants, feed and other necessities," Mr Jackson said.

"These factors were recognised in Queensland when its border restrictions were being ironed out. Important exemptions were made for freight and logistics and for border communities.

"The permit system created an easy way for essential services to travel across the Queensland-NSW border, and this should be installed at the Victorian-NSW border as well."

"I think it will be much the same as South Australia," Mr Beer said.

SA closed its borders to Victoria on March 24, only allowing essential services to cross into the state.

"I would reckon you might have to do a bit of paperwork, as to where you have been and where you are going," Mr Beer said.

But he said he expected the situation would be handled in a similar way to that with the SA shutdown.

He stressed drivers should travel alone.

"Don't put passengers in your truck, just go as a sole driver," he said.

"I know, in Queensland, they were looking for passengers, so don't take passengers, no family, or nothing like that, go by yourself and you will be right."