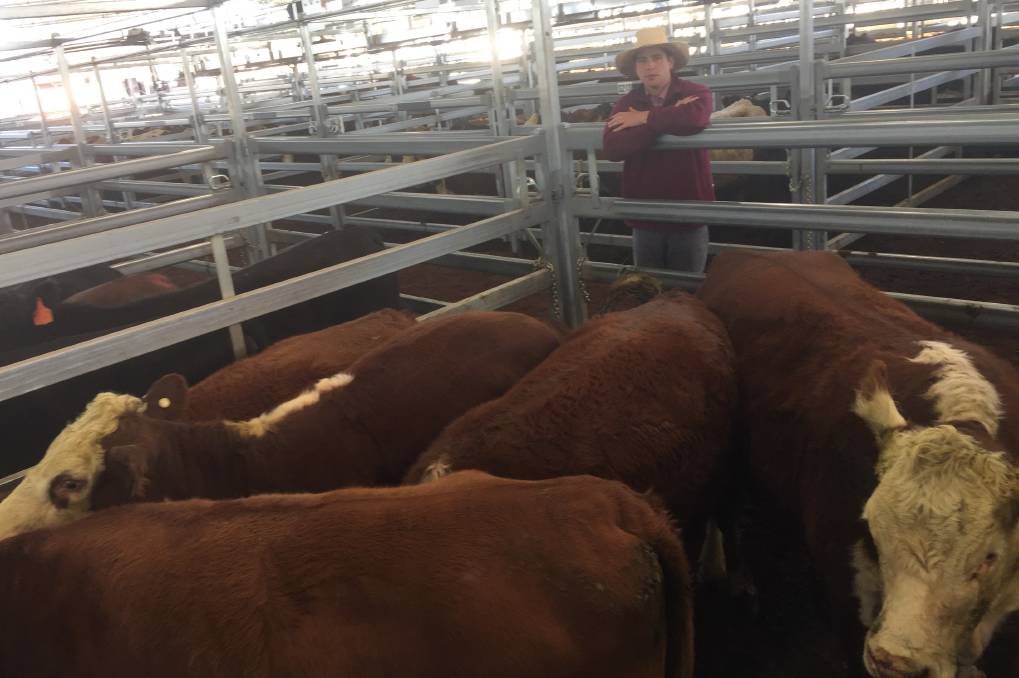 Cows in the saleyards averaged 283c/kg across NSW in the past week.

CATTLE producers selling quality cows have been getting a 10 to 30 cents a kilogram (carcase weight) premium in the saleyards, compared to the over-the-hooks rates.

CL Squires and Company agent Will Claridge, Inverell, said this was due to a larger platform of buyers present in the saleyards in recent weeks.

"The Inverell district is having one of the best seasons we have seen for years and many people are very lightly stocked at the moment," he said.

Restockers had also been much more active on the top lines of cattle, he said.

"Although we would be quoting the overall market at Inverell on Tuesday a bit cheaper, in line with the cheaper trend at Tamworth on Monday and Gunnedah on Tuesday, the quality may have been behind that cheaper trend," he said.

"When you take into account any of the better quality cattle sold, I'd say the market was just as strong for those better types."

Cows in the saleyards averaged 283c/kg (liveweight) across NSW in the past week according to Meat and Livestock Australia.

This was about 8c/kg cheaper than a week ago, but still 80c/kg dearer than this time last year.

MLA reported the impact of improved seasonal conditions on producer intentions was anticipated to see cattle turnoff decline to the lowest point since the mid-1990s and remain at historically low levels for the next two years.

"Demand for young cattle and breeding stock heading back to the paddock has risen and will remain strong should domestic conditions hold up," MLA said.

Forbes Livestock and Agency Company director Tim Mackay said sound restocker type cows were selling at a good premium to the cull cows in the saleyards.

"There's people about looking to restock who are after these cows and it's really only those who need the cash that are trading their females at the moment," he said.

"This district is having one of the best autumns I can remember and that's on the back of two of the worst seasons."

Mr Mackay said the market for older cows going to processors was also holding up well considering the uncertainly in world markets at the moment.

"The best cull cows are still making over that 300c/kg mark and that's been a solid market for several months now," he said.