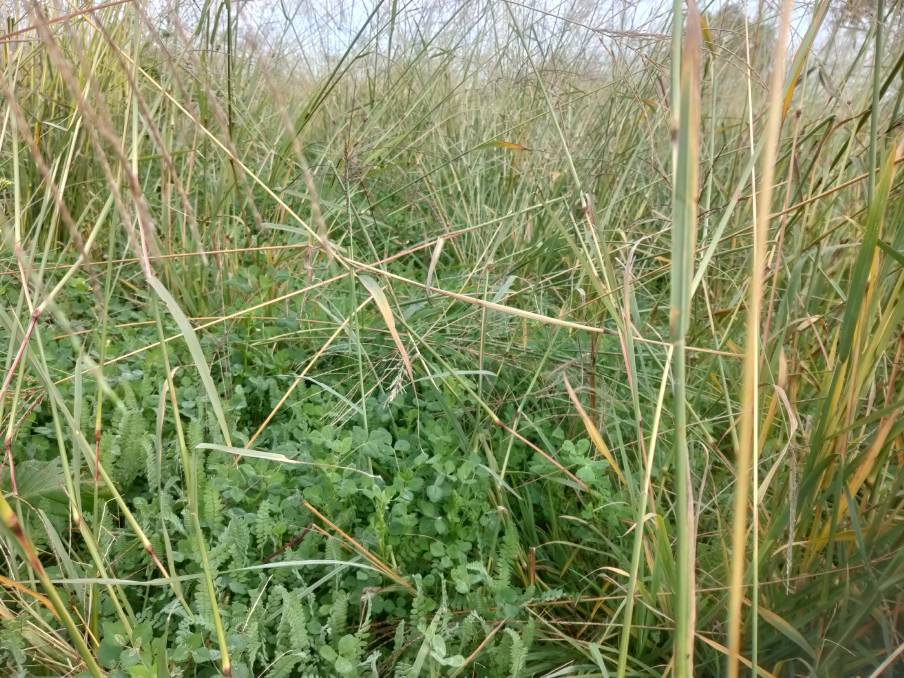 Mid May 2020 growth of sub clover and serradella under a reasonably well grazed tropical grass pasture. Grazing to a minimum of 1 tonne to the hectare drymatter means pasture recovery is generally good, even in mid-winter.

For many pasture species, especially various perennials, a reasonable degree of rotational grazing helps keep them strong as well as productive.

For others, especially many annuals and sown grazing crops, keeping them between about 500-1000 kilograms per hectare drymatter and to about 4t/ha drymatter is probably good management with rotational or set stocking for extended periods less critical.

Research suggests for species such as sub clover and serradella grazing management can be quite variable with the main aim not to graze too hard or to allow drymatter levels to get too high that top leaves are growing at the expense of lower leaves that are totally smothered and devoid of sunlight.

Too much growth, normally more than 4t/ha drymatter for annual legumes, still is a lot of feed.

An autumn view of a Premier digit grass pasture (Brett Mawbey, Dubbo), that was thought to be dead after the long severe drought.

In our own situation we estimate feed levels in a paddock, plus utilisation rate at a given stocking level, for annual legume component of tropical and native grass pastures to keep within parameters of too much and too little feed.

Grazing to a minimum of 1t/ha drymatter means pasture recovery is generally good, even in mid-winter, provided soil moisture is reasonable. This can mean leaving stock in a paddock for a couple of months, depending on paddock size and stock numbers.

Winter legumes this year have got away faster in native grass pastures because of less competition for sunlight, moisture and nutrients than in tropical grass pastures at time of their germination. Some native paddocks with excellent winter legumes are being saved for mid to late winter feed but again not letting feed get away to above 4t/ha. 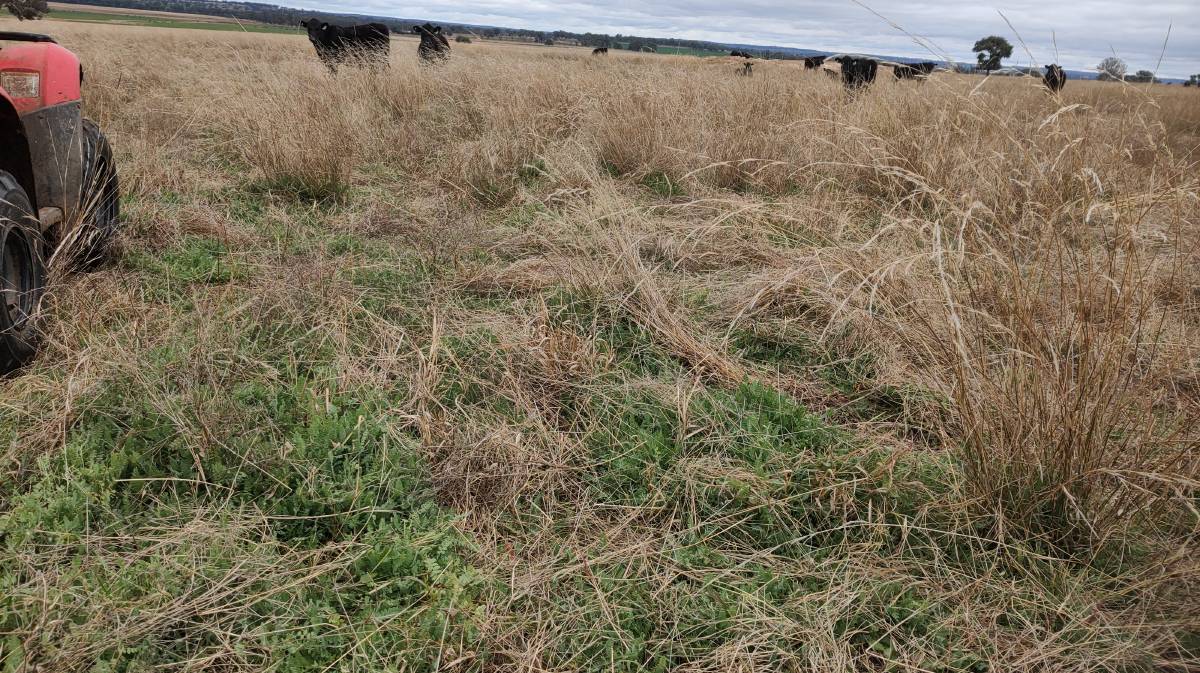 Winter legumes (late June 2020) proving excellent winter grazing. It is important to keep feed levels between around 1.0 to 4.0 t/ha, drymatter.

Another winter legume issue is to be careful of crash grazing to low drymatter levels as recovery can be quite slow.

This can also be an issue coming into spring if a good seed set is aimed for to ensure future good soil seed levels.

In our case we have chosen to only leniently graze paddocks with relatively low soil seed levels, and if spring turns dry to endeavour not to graze them until after seed set.

Grazing tropical grass that rapidly recovered following drought-breaking rains has been a challenge. We set stocked a 15ha paddock for three months with more than 100 steers, to get on top of its growth.

That sounds hard grazing but when stock was taken out in early May remaining grass was still over 2t/ha. But because it was opened up, winter legumes regenerated well and will provide good mid-winter onwards feed.

Two paddocks of tropical grass cut for hay in March have slower annual legume recovery than in native grass paddocks but will provide good feed shortly.

In a tropical grass paddock not grazed until early May (not enough stock to graze earlier) winter legume growth is much slower because it was starved of sunlight at early regeneration period.

Research tends to support that a critical factor in perennial as well as annual species grazing management is not grazing too hard, perhaps leaving a minimum of 0.5 to 1t/ha drymatter at point of stock removal.

Not only does this seem to protect perennial plants and leave sufficient leaf area for fast regrowth given soil moisture, but equally allows for better capture of rainfall.

For species like lucerne and phalaris it is important to allow good recovery periods between grazing to allow root reserves to rebuild.

Most perennial plants will perform best, productivity and persistence wise, if given reasonable recovery after grazing.

However, we know some species, for example some tropical grasses, have shown remarkable ability to recover from the past drought. But clearly those not grazed into the ground recovered faster.

None of this negates the need to choose pasture species carefully for a given environment. A lot of pastures have failed to recover from the drought despite good grazing management.

Some tropical species fell into this category in some environments, and commonly temperate perennials were found wanting in many areas.

Winter annuals that survived best commonly were those with good to high levels of hard seed and for the slopes and plains early maturing.

However, for the tablelands mid maturity, perhaps because they flower and seed set best after the heavy frost period is over, survived best.