As animal health and husbandry becomes a hot topic in the agriculture industry, DairyBio research scientists have identified the traits needed to breed the socially acceptable cow of the future. 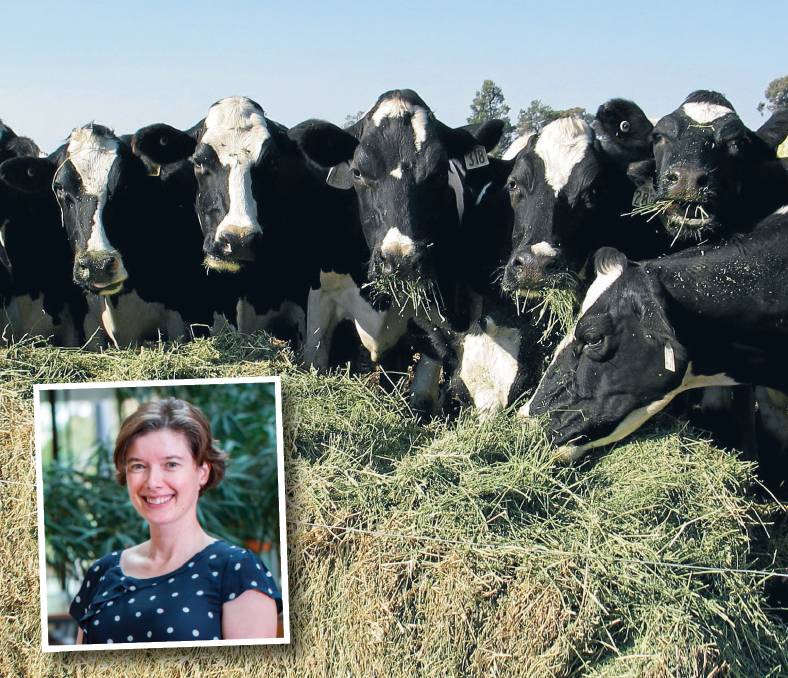 As animal health and husbandry becomes a hot topic in the agriculture industry, DairyBio research scientists have identified the traits needed to breed the socially acceptable cow of the future.

"They need to be resource efficient, have a low environmental footprint and low methane emissions, and traits consistent with high standards of animal welfare such as good health and fertility (polled and longevity)," Prof Pryce said.

And they need to consider ethics, and sustainability and diversity to ensure the conservation of important genetics for the future.

Producers have always thought about the traits important for profitability such as efficiency, health, longevity and fertility but Prof Pryce believed in the future there would be an acceptance and willingness to embrace things important to consumers.

"Quite a lot of these socially acceptable traits overlap with profitability traits," she said.

"Many of the things we want to breed for as farmers, the consumers want as well.

"What we do already is hugely progressive; the Balance Performance Index (BPI) includes traits that contribute to profitability and social acceptance, Feed Saved Australian Breeding Value (ABV) helping us breed for improved resource efficiency, and the heat tolerance ABV to help with some aspect of animal welfare.

"If we focus on profit, welfare and social acceptability we will be more successful in the long term."

Prof Pryce said consumers need to know what we already are doing in terms of breeding for an environmental friendly and resource efficient cow.

Desirable cows have good metabolic efficiency, don't waste energy and are moderate in size so they have low maintenance requirements.

This is captured by residual feed intake and liveweight ABVs that help form the feed saved ABV that targets resource efficiency.

"Residual feed intake is the difference between actual intake and predicted intake ... the most efficient animals are those that eat less than what we would predict they would eat." she said.

"We've been selecting for this type of resource efficiency since 2015 when feed saved was included in all three Datagene selection indices."

The development of a Green Cow Index through DairyBio over the years to come will be part of an ongoing stategy to improve and work on an index to help reduce methane emissions directly while maintaining productivity.

Not only will the cow have socially accepted performance traits, but it will be opened up to more widely acceptable markets, with potential niche milk markets that offer significant health benefits identified.

Dairy cows could be genetically selected to produce "niche" milk to improve human health, including a component that provides some benefits of human breast milk.

And this technology could deliver the dairy industry a "step-change" in terms of what it could produce with infant formula.

Prof Pryce said there was great science behind the opportunity to breed cows to produce human milk oligosaccharides.

"They are the same as you would find in the milk of human breast milk and give children or babies protection against pathogenic infections," she said.

"They also promote development of the intestine and help the gut microbiome to get going, obviously that's one of the reasons by breast milk is promoted."

Genetic gain is soaring after genomic selection but rates of inbreeding is accelerating too, according to Prof Pryce.

"When we increase the rate of genetic gain, you expect inbreeding to increase," she said.

But it also increases the risk of recessive diseases or new mutations may arise.

Milk production, fat, protein, longevity, fertility are all impacted by an increase in inbreeding.

Ensuring the industry has polled bulls but without inbreeding issues may be a challenge in the future, with the aim of keeping parts of the genome we want to conserve while making sure the rest of the genome is diverse as possible.