Find out why an exotic plant was named for a nineteenth century Australian public servant? 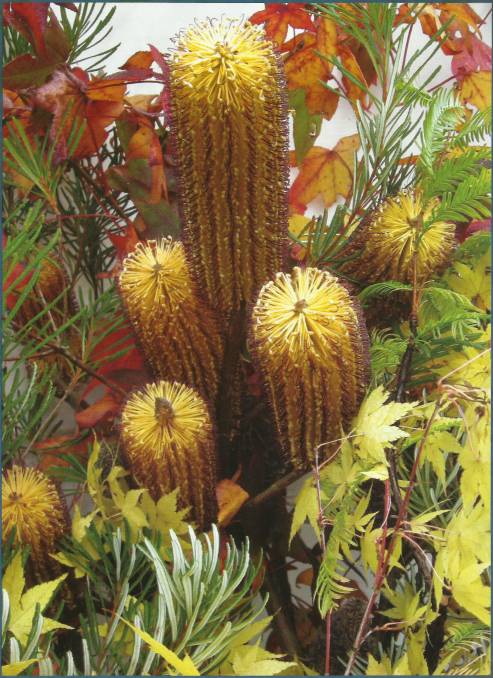 If you're looking for a good read on a chilly winter's day, I highly recommend Derelie Cherry's biography, Alexander Macleay, from Scotland to Sydney (2012).

I'd wanted to know more about Alexander Macleay since discovering that my favourite Plume Poppy, Macleaya cordata, was called after him. Why was an exotic plant named for a nineteenth century Australian public servant?

All I knew was that Macleay was Colonial Secretary from 1826-36 and had built Elizabeth Bay House, NSW's finest colonial mansion.

Reading this engaging biography, I learned of his adventurous life and his huge contribution to scientific learning, architecture and above all gardening in Australia.

Born in Scotland in 1767, Macleay received a classical education before moving to London to work, eventually becoming Secretary to the military Transport Board. He was also a distinguished entomologist, elected to the Linnean Society in 1794 and a Royal Society Fellowship in 1809.

He was an enthusiastic gardener, regularly 'robbing the paddock' to make more rose beds (a habit familiar to us to this day).

He was an enthusiastic gardener, regularly 'robbing the paddock' to make more rose beds (a habit familiar to us to this day). The Transport Board was abolished when the Napoleonic Wars ended so in 1825, aged 59, with a wife and ten surviving children to support, Macleay accepted the position of NSW Colonial Secretary, arriving in Sydney in early 1826.

Despite working 12-hour days, Macleay began his Elizabeth Bay garden that year, assisted by 20 convicts. He was above all a plantsman and Mitchell Library holds a register of over 500 plants he brought here, including Australia's first wisteria and many roses, dahlias and chrysanthemums.

Australia's first census of exotic species, compiled in 1827 by Charles Frazer, Sydney Botanic Garden superintendent, credits him with introducing 46 of around 1800 plants. In addition to his Elizabeth Bay garden, Macleay made a small garden of over 40 plants at his first home in Bridge Street, and later another much-admired garden at Brownlow Hill, his country estate.

Unusually for his times he insisted on leaving native trees in place when clearing land for his gardens and from the start he included native plants with exotics.

Botanist and explorer Baron von Hugel visited the family in 1834 and gave Macleay plants from West Australia, saying: 'Botany is the science with which he is least familiar, yet he has best garden in the colony.'

Another famous botanist and explorer, Dr Joseph Hooker, also visited Elizabeth Bay, describing it as a botanist's paradise filled with rare plants. Macleay was actively involved with Sydney Botanic Garden established by Governor Macquarie in 1816, and a member of the 1836 committee formed to superintend the garden.

Initially disappointed by its lack of indigenous flora, he suggested introducing a 'systematic arrangement of all our native plants.' Sadly, Macleay's Elizabeth Bay garden has almost entirely gone, but it comes to life in this book, together with one of Australia's most significant early gardeners.