All eyes are on dung beetles and the multi-million dollar benefit they could bring producers.

Ever wondered how dung beetle populations are bred up?

Spending hours on end working with dung may not be the dream job for most but to this team of academics it's a game changing role.

From world renowned entomologist to leading researchers, these are the faces behind a five year project to turn tonnes of livestock dung into a multi-million dollar benefit to producers.

Dr Geoff Gurr, a professor of applied ecology at Charles Sturt University, is well known internationally for his research on insect-plant ecology and his work establishing ecological engineering for Chinese rice farmers is now a recommended policy by the central government. 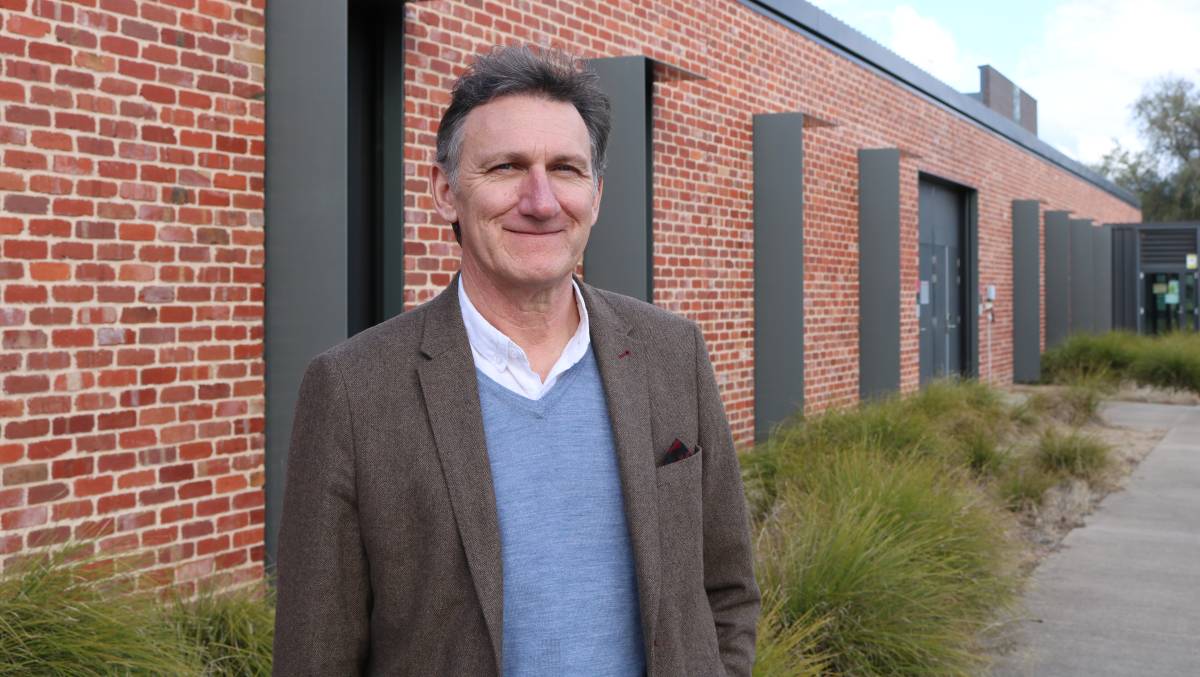 Dr Geoff Gurr, a professor of applied ecology at Charles Sturt University, is part of the beetle rearing program.

Nowadays he spends his time mass rearing dung beetles imported by CSIRO (following biosecurity procedures) from as far as Morocco to eventually be released into Australian paddocks.

This spring alone they hope to be releasing up to 10,000 adult beetles.

"If you were to put a dollar value on these dung beetles they would be like a prized bull or prized Merino ram - they would be worth thousands of dollars just because of all the back stopping that has led to them getting into Australia," Dr Gurr said.

"We take very very good care of these beetles." When it comes to breeding, tall transparent plastic cylinders similar to a spaghetti jar are filled with a dummy soil mixture and the highest possible quality dung on the surface.

"You might think something that lives on dung would be happy with whatever you give them, but they aren't."

For the next 10 days the dung beetles bury into the soil profile and create brood balls where the female deposits eggs, later hatching into small grubs. 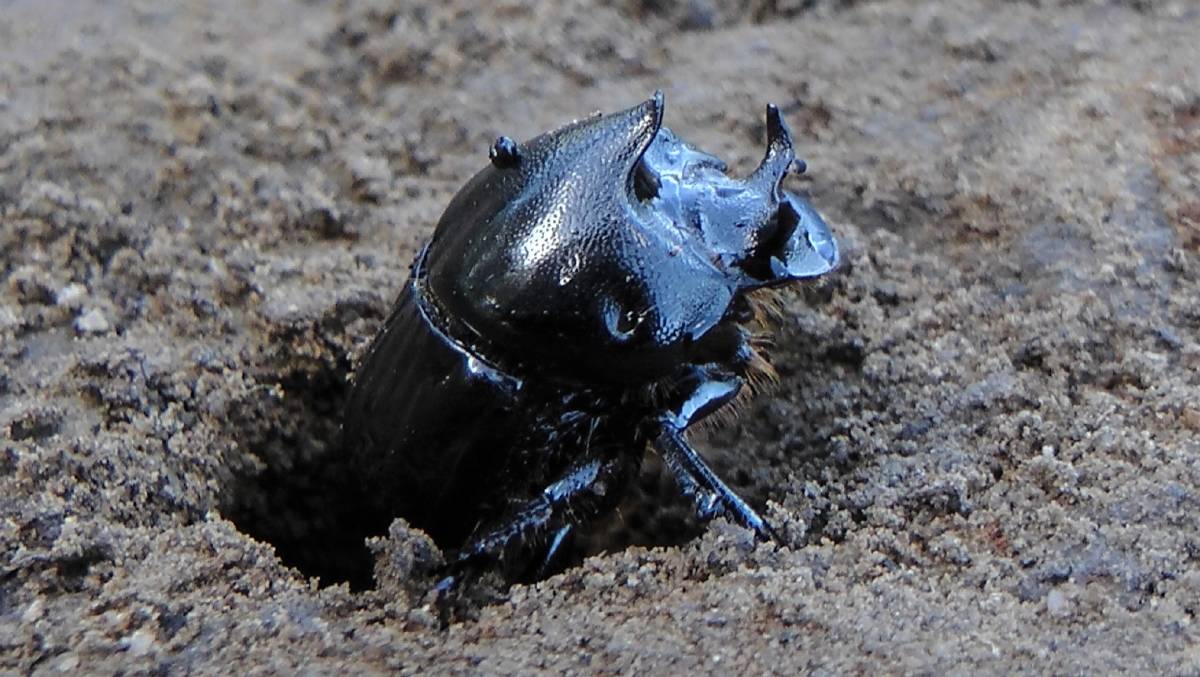 Those brood balls are collected and the process is repeated. The hatched beetles go through protocols within the lab before they reach adult or sexually active age and are then released into well chosen field sites.

That is where technical research coordinator Dr Russ Barrow steps in. Technical research coordinator Dr Russ Barrow spends a lot of time out in the field.

Mr Barrow also spends a lot of time getting hands on with dung and is responsible for setting up monitoring sites, known as farmer nurseries, to identify beetle diversity and cropping wild beetles for redistribution.

"Once they go out in the field we have to determine are they going to be successful in this environment," he said.

"It is a mixed bag but we fully expect it to be."

Focusing on the areas around NSW and Victoria, Mr Barrow's monitoring work includes setting up what is known as a trap - a Tupperware like container filled with a preserving chemical topped with a wire mesh and a kilogram bag of dung sourced from the property.

Work is also underway to investigate the chemistry of dung in the hope of one day creating a lure with the same attractant smells but without the dung itself. 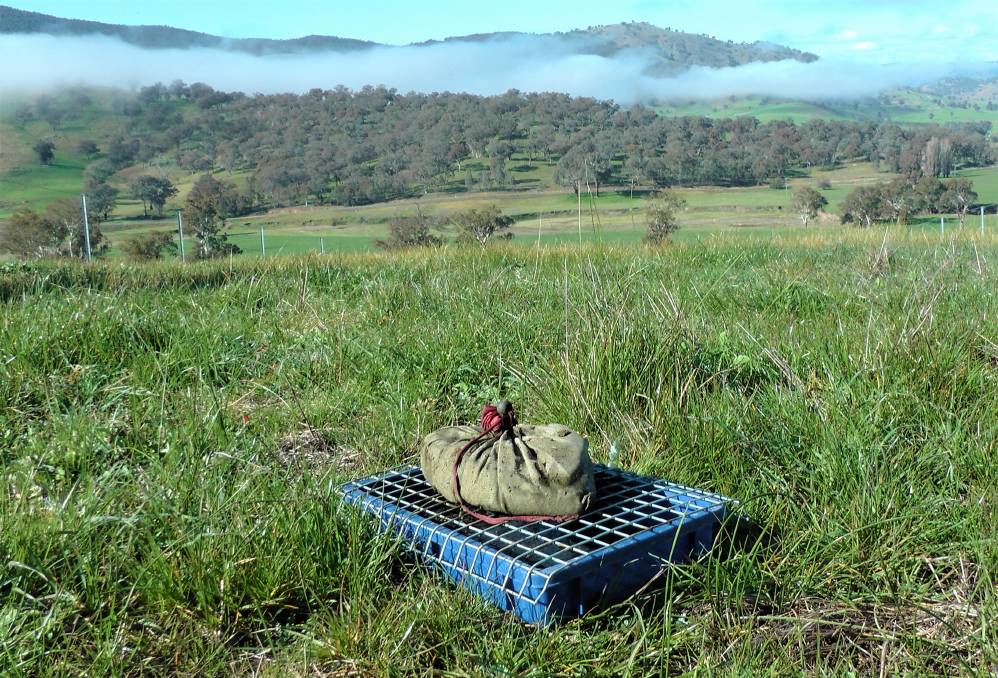 About 24 hours later the sites, set up about 30 kilometres apart, are accessed based on the number of beetles collected in the trap trays.

When it comes to the captivity bred releases, sites are showing good production.

"What we would like to see is that pair of dung beetle at optimal is producing 15 babies...but if we could take a pair and they could produce 5 to 10, that is fantastic," he said.

"This is where we are heading with that side of the mass rearing. It comes out of the laboratories in to the field and now we are hopefully going to be producing tens of thousands. "Once we do a field release they fly the nest, they are on their own and they are no longer getting our special attention. We will still monitor to make sure they are still establishing."

Mr Russ had a background in academia as a chemical ecologist but said the dung beetle work had a real purpose.

"If we are successful in mass rearing and introducing beetles and knowing where they all fit in the grand scheme of the ecosystem this is going to be a win win for us as scientist but a win for producers as the end user of the project," he said. 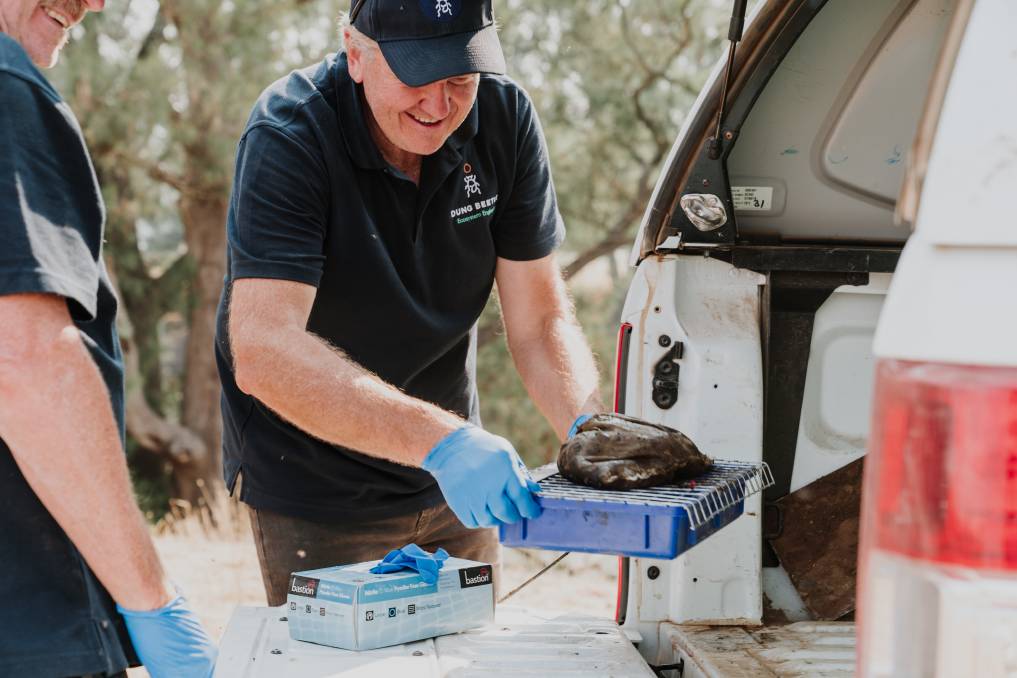 Dung beetle species can have seasonal variances and within Australia a gap has been identified within the populations during spring. It is hoped the new species can fill the period of quiet activity.

COVID-19 has had an impact on the second species delivery from the south of France, Mr Gurr said.

"The second species that was due to arrive in Australia early this year probably wont make its appearance until somewhat later this year," he said.

"We are hoping it will arrive in August but we are still not completely sure." Dr Gurr described dung beetles as a Swiss army pen knife from the future. But the planet was facing a crisis with studies showing the biomass of insects was declining around the world and the very thing that run human's life support system was being eroded.

"The work we are doing is a small contribution to try and remedy that situation and deliver tangible benefits," he said.

"The more that you study insects the more you recognise an old truism that was said many years ago by an ecologist that insects are the little thing that make the world go round.

"If we weren't here they would carry on working, they would be recycling nutrients from dead plants and animals, pollinating plants, eating each other and preventing outbreaks. they are essentially running the world we just don't recognise it or give them much credit."

The DBEE project is a national research campaign led by Meat & Livestock Australia (MLA) through funding from the Australian Government's Rural Research and Development for Profit program.