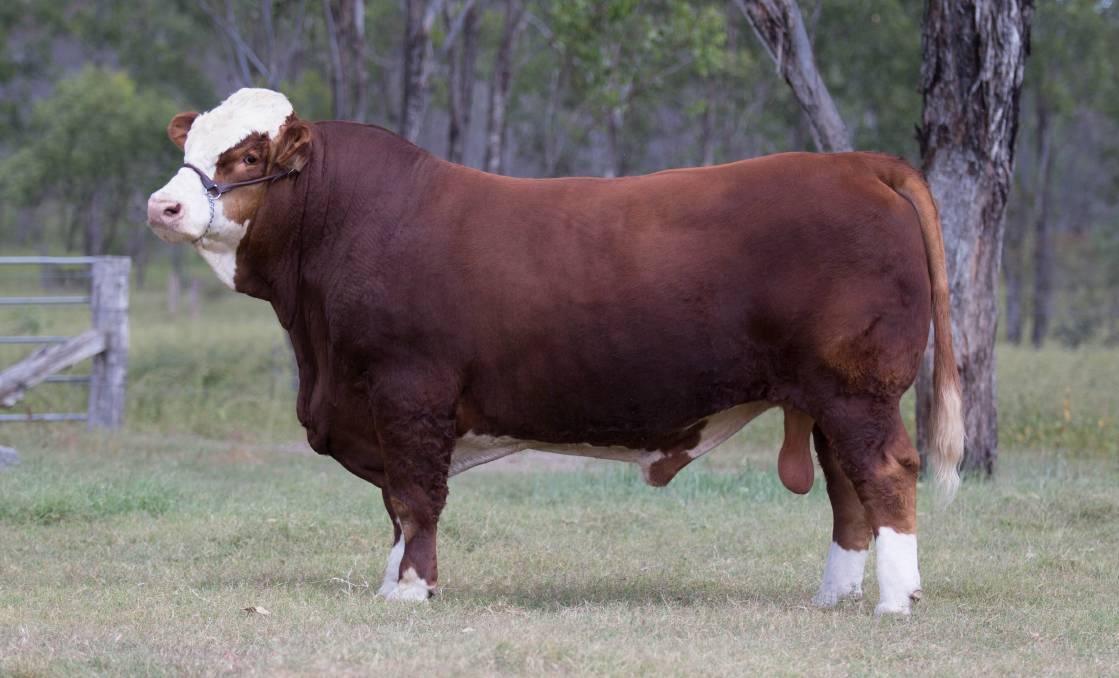 KBV Penfold from Toowoomba's Martin Rowlands and Stephen Lean has taken out the Sire Shootout.

A Simmental sire has made up for his absence in the show ring this year and claimed the $5000 supreme bull title of the Sire Shootout on Thursday night.

It was a tough-tussle for the final podium spot between two European bulls before judge David Bondfield awarded the overall title to the oldest bull in the competition who caught his eye for his impressive dimensions.

The extreme length, stout make up and body capacity of KBV Penfold from Toowoomba's Martin Rowlands and Stephen Lean was admired by the Palgrove principal.

"Phenotypically he is a really impressive bull to assess as he combines all of the main profit traits - fertility, big scrotal, carcase, thickness and softness, growth and ideal maturity pattern, soundness, moves freely and constitution and he does this in a really appealing package," Mr Bondfield said.

Speaking after the win, Mr Rowlands was honest in saying he was a bit emotional following the announcement.

The 30-month-old bull had been held over from their sale team to compete on the show circuit this year and was bound for the Royal Queensland Show. He only had one show appearance and claimed the supreme exhibit title before COVID-19 restrictions cancelled any further run.

Success was in his blood with his father, K.B.V Legacy, winning supreme exhibit at Toowoomba Show and the Simmental feature show.

Penfold will be KBV's lead sale bull at the Meldon Park bull sale on September 24.

"It is very difficult without seeing the animals in the flesh however I think it's a wonderful platform and our hats go off to you guys for putting on such a great event and we thank the sponsors and contributors to an event like this," Mr Rowlands said.

"The commentary from those certain individuals and industry elite was gratifying to think that we are moving in the right direction and are on the right path."

It was fellow Queensland bull and Charolais sire Moongool Pilgrim from the Price family of Keddstock Pty Ltd who was named runner up after overcoming Penfold earlier in their class judging. 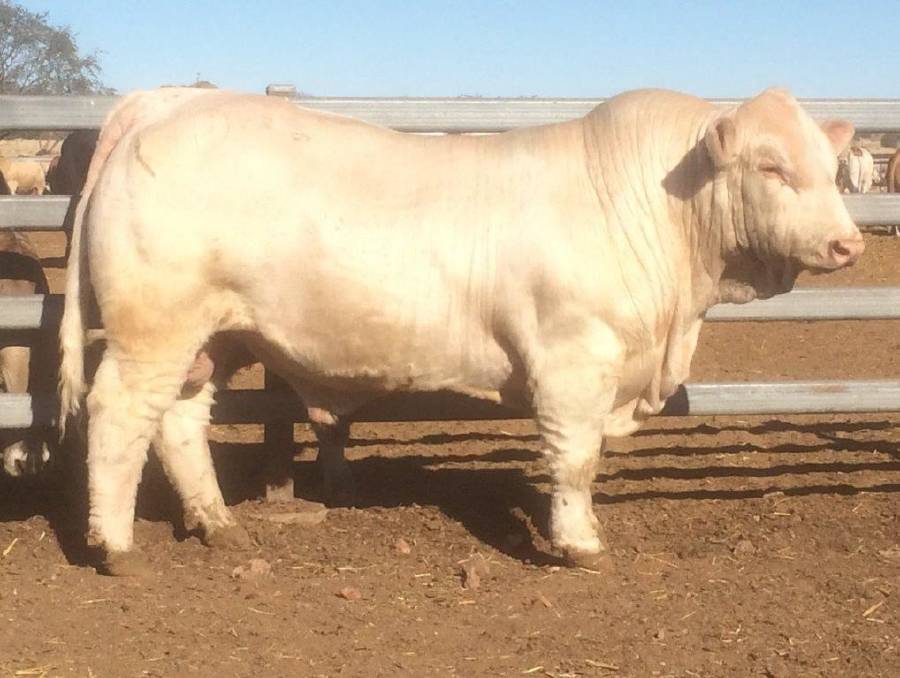 Moongool Pilgrim from the Price family of Keddstock Pty Ltd was named runner up.

Mr Bondfield commended all of the bulls in the interbreed final and said the top six all had the volume that indicated natural doing ability.

"We have got British breed, Bos indicus and Euro breeds in the mix and all of them have a really important function throughout the Australian beef industry," he said.

Read the full Sire Shootout report in next week's paper.

Sponsored by
After years of investment in the avocado industry, over-supply and competition from abroad have conspired to drive the price down, down. Meanwhile, new trees yet to produce outnumber those bearing fruit.
Test
Control strategies have largely eliminated nematode damage
Test
A year after the loss of the Gulf Livestock 1 ship in the South China Sea, families of the missing are still no closer to finding out what happened.
Test
A six-foot brown snake startled construction workers at Greenbank when it was spotted on a building site.
Test
It's 127-year-old, offers spectacular views and has a splash of divinity about it.
Test
Bush residents are being urged to share their experiences with telecommunications by September 30.
Test
Early spring is a great time to set up containers as nurseries are full of tempting offerings with which to fill them.
Test
Nigel Burnett has taken the helm of Cotton Australia.
Test