THE Inglis Scone Yearling Sale could have appeared to be in the shadow of its illustrious relative Easter Yearling Sale Round 2 at Riverside Stables, Warwick Farm last Sunday, however a new record price was created for a Scone Sale sold yearling. 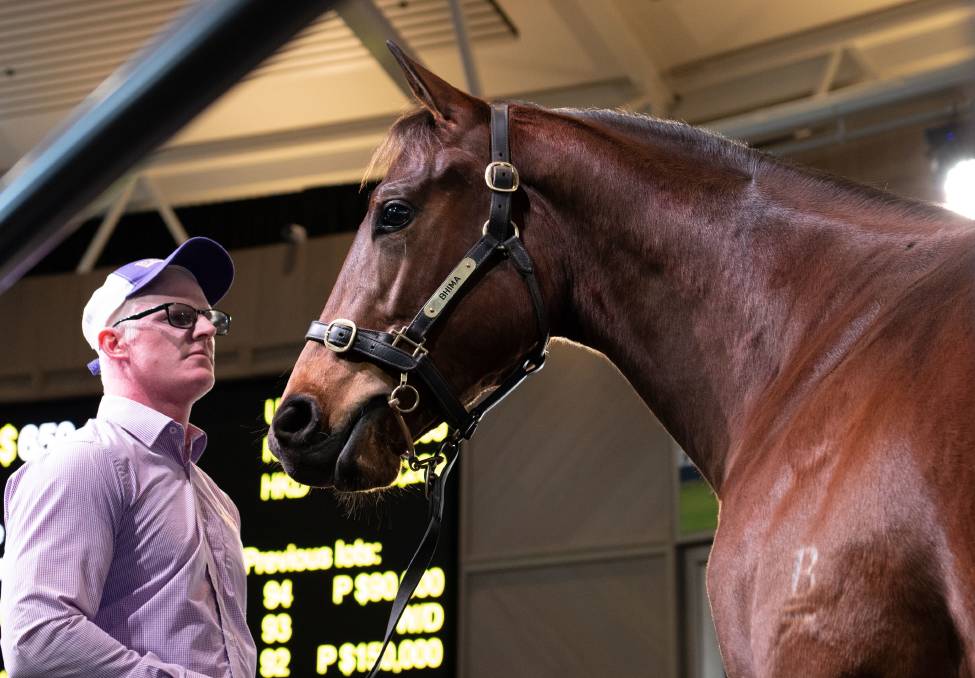 Yearling handler Jake Phillips with the Inglis Easter Yearling Sale Round 2 top price I Am Invincible colt which sold via Bhima, Scone. Photo supplied by Inglis

Hawkes Racing went to $180,000 for a bay colt by Victorian based High Chaparral shuttler Toronado, who this year commands a $27,500 fee at Adam Sangster's Swettenham Stud, Nagambie. The colt sold via south-western Sydney property Jazcom Thoroughbreds at The Oaks, and was produced from the Nadeem mare Settecento.

Operated by Meagan and Colin Branthwaite, Jazcom also sold a Rubick colt from Royal Emerger for $52,000. 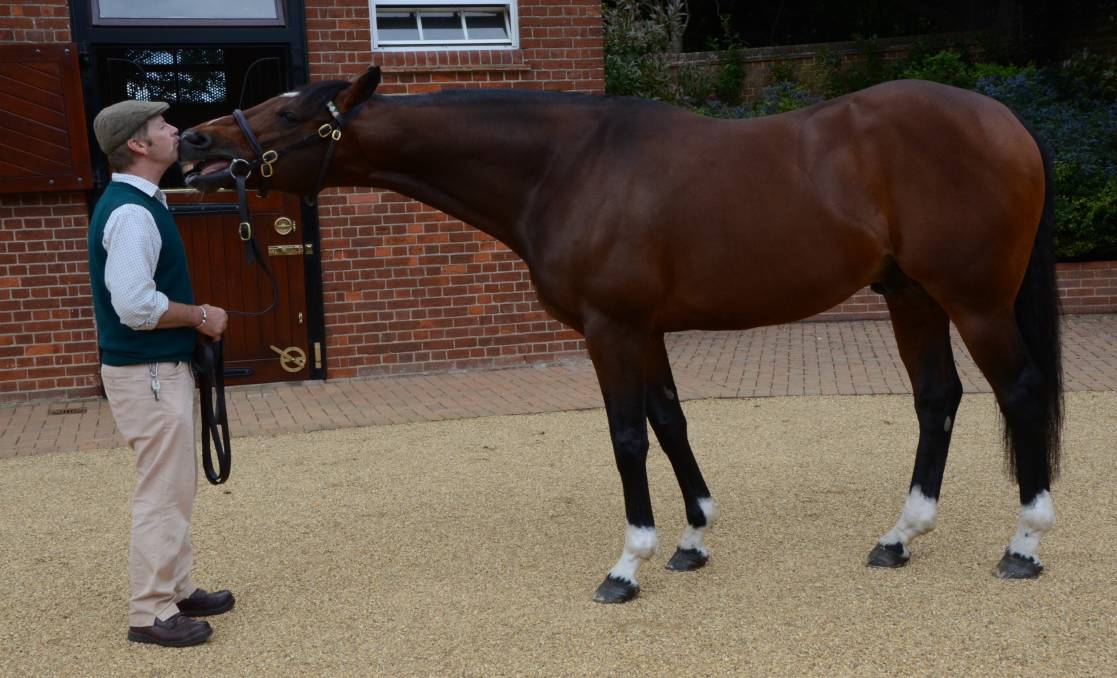 Country and provincial trainers were active including Wyong conditioner Tracey Bartley who paid $40,000 for the half-brother to The Bopper, winner of the Inglis Scone Two-Year-Old Challenge in May. Consigned by Widden Stud, the colt is by the property's young Exceed And Excel sire Outreach.

The Scone section also saw six yearlings equal or better the 2019 top of $60,000 which included Vinery Stud's All Too Hard filly from French bred Sagamiyna.

Buyers were harder to find during Easter Round 2, however a passed-in supplementary lot - a colt by I Am Invincible, later sold for a sale-topping $700,000.

Two lots fetched $500,000 each, both selling via the Sam Fairgray managed Yulong, Nagambie. The Victorian based operation offered four southern hemisphere born youngsters by England based champion Frankel, one of these (from Shamardal mare Hamana) was for $500,000, while the other was for its I Am Invincible colt from Melbourne Group 2 winner Gypsy Diamond, which sold to Colm Santry Bloodstock. 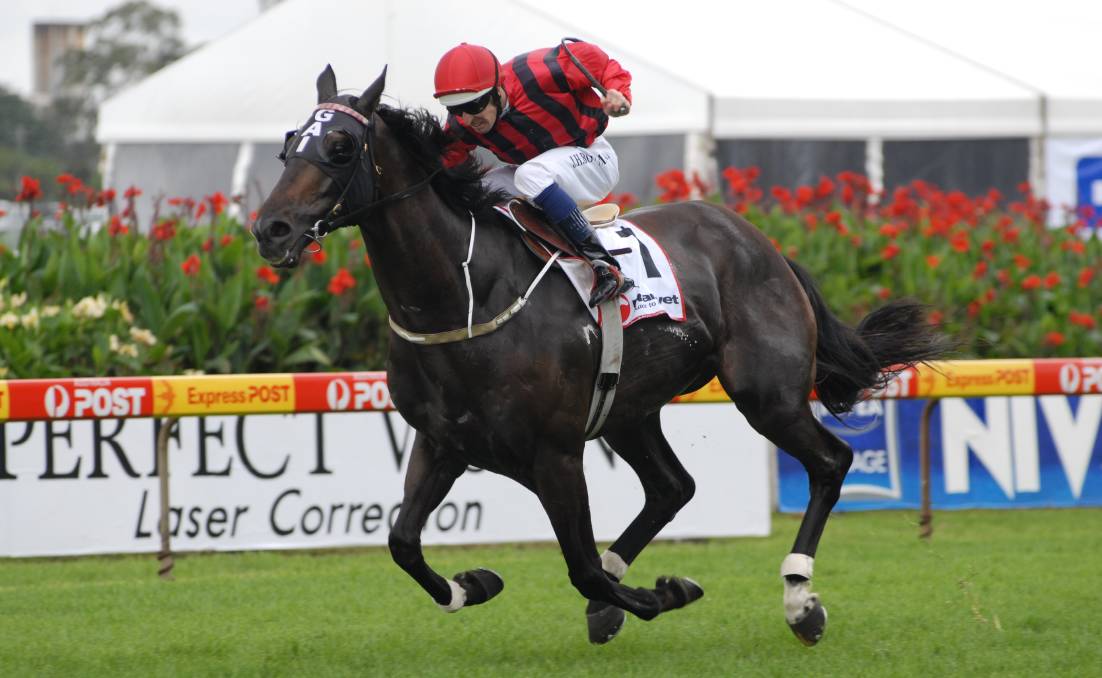 The top priced Frankel filly was knocked down to Satomi Oka Bloodstock, Inglis' Japanese representative, who purchased the filly on behalf of Dr Yamazumi, and will now head to Champions Farm in Japan.

Buyers spent $6.711m on the 51 lots sold, from the 83 lots offered. Stock by Newgate Farm's high-profile young chestnut Capitalist were in demand with all of his five entries selling for a $128,000 average, the most popular of the first crop sires. Inglis sales continue this week with its expanded two-day Australian Weanling Sale which concludes today.

Meanwhile, its revised Great Southern Sale which has been transferred back to Oaklands Junction as a live auction, is now scheduled for Sunday August 9. Should major COVID-19 restrictions change for conducting live auctions, it may revert to an Inglis Digital online sale.

PROMINENT central districts property Gooree Park - a long renowned stud for breeding top grade racehorses in the Mudgee district, had a major jolt recently with news of the passing of its principal Eduardo Cojuangco Jnr, aged 85.

While having a major standing of the San Miguel Corporation - the largest food and beverage corporation in the Philippines and Asia, his hobby and passion was Thoroughbreds.

Having a history of successfully breeding outstanding gallopers via the Foyster family, the property was purchased by Mr Cojuangco in 1979, from which time he proceeded to develop a world class horse racing and breeding establishment.

Such were his Thoroughbred achievements, that a number of his home-bred stallions stand commercially today including Prized Icon (Kooringal Stud, Wagga Wagga), Smart Missile and Hallowed Crown (Twin Hills, Cootamundra), and Your Song (Widden Stud).