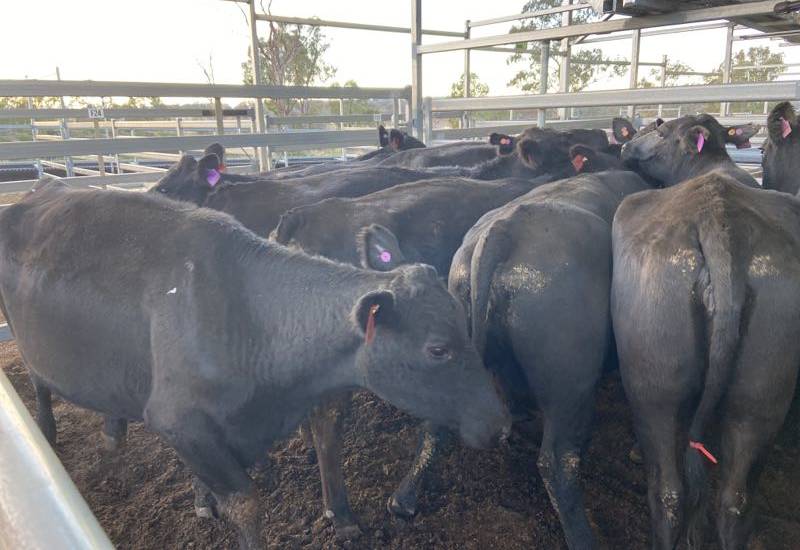 Local restockers dominated the sale when 1437 cattle were penned at IRLX Inverell on Thursday.

C.L Squires and Company, Inverell livestock salesman Robbie Bloch reported some very nice runs of weaners were on offer during a firm market.

"There was a good run of yearling steers weighing from 300kg to 380kg including nice Charolais/Simmentals sold from 388-392c/kg for 380kgs," he said.

"A nice run of Angus heifers including 80 from one place weighing 320kg sold for 447c/kg to local restocker," he said.