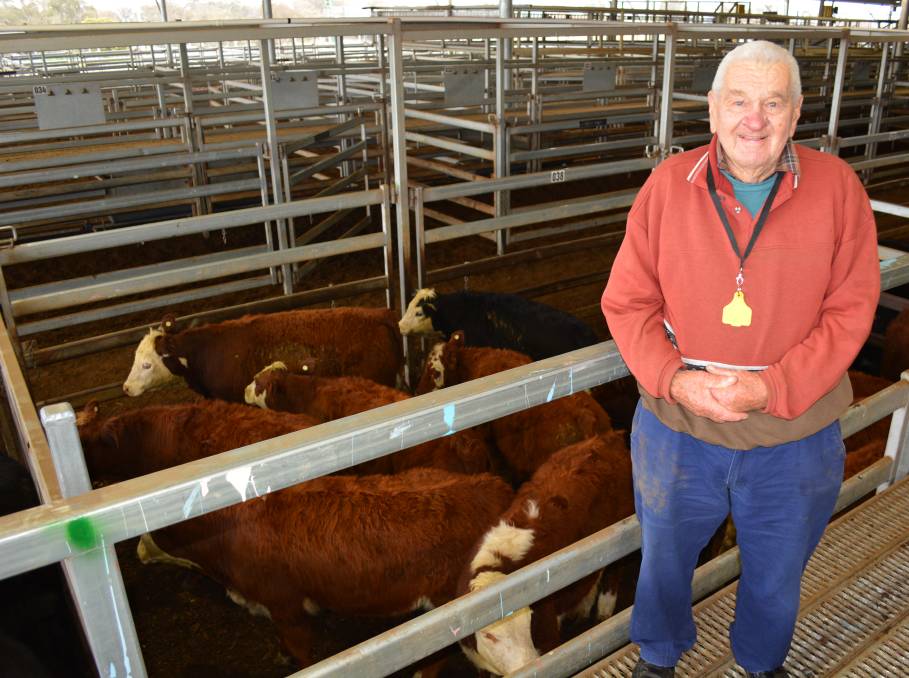 Wally Stocks, Ponderosa, Eglington, was delighted when his 281kg Hereford and black baldy steers sold for $1250/head at the Carcoar store sale on Friday.

Supply slipped to 1366 head and the bulk of the yarding were Angus and Angus-cross.

A BIGGER gallery of buyers due to easing COVID-19 restrictions pushed prices up $15 to $20 a head across most categories of stock during the monthly store cattle sale at Central Tablelands Livestock Exchange, Carcoar, on Friday.

Supply slipped to 1366 head and the bulk of the yarding were Angus and Angus-cross.

Many of the vendors offering young cattle at the sale set their program to market stock at this time of year, and with adequate local pastures the steers and heifers presented in good condition across the heavier weight ranges. 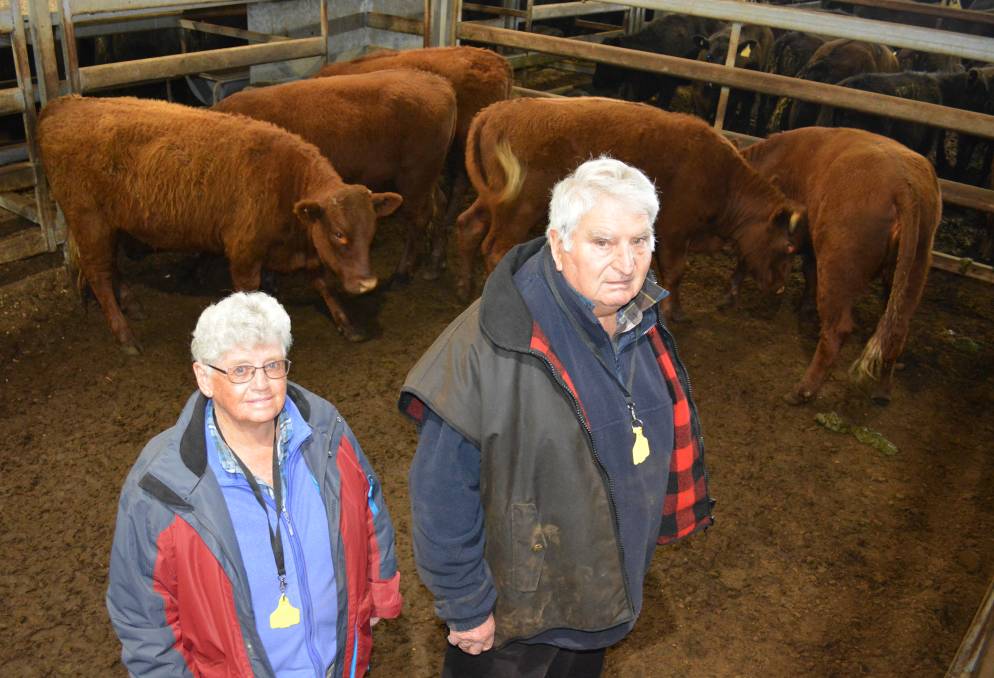 Light British-cross yearling steers sold from $1045 to $1265, although only a few pens were offered.

Pregnancy-tested-in-calf heifers and cows were in demand and attracted winning bids from $1300 to $2270.

A highlight towards the end of the sale was a pen of PTIC Angus cows with calves four to six months which topped the market at $3050 a unit.