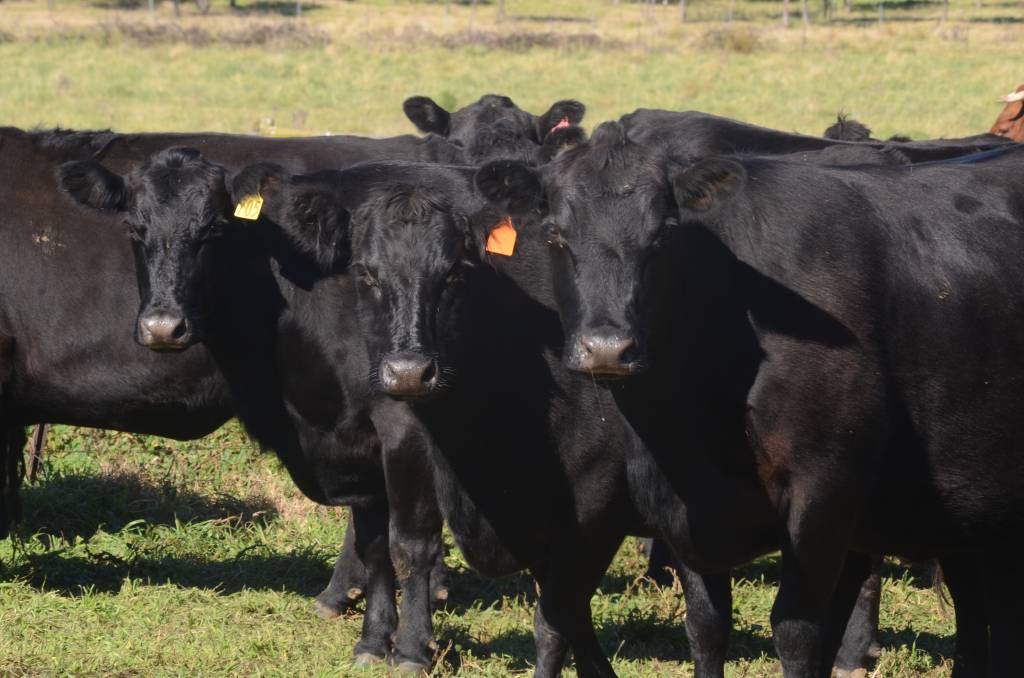 REBUILDING WITH QUALITY: Commercial Angus breeders are expected to place more emphasis on maternal traits as they rebuild their herds.

Genetic selection is the foundation of a good herd, and those decisions will be even more important this year as beef breeders look to increase numbers following years of drought.

GENETIC selection is the foundation of a good herd, and those decisions will be even more important this year as beef breeders look to increase numbers following years of drought.

Accordng to Meat and Livestock Australia's most recent cattle projections, released in April, the Australian cattle herd was expected to drop to about 20.4 million head by the end of June, a decrease a 5.2 per cent decrease year-on-year.

Beef consultant Bill Hoffman said some producers in his beef groups across northern NSW had destocked by more than 50pc during the drought.

Mr Hoffman said the options for those producers to rebuild their operations were to either buy in replacement breeders, or take the slow and steady route, breeding up gradually over a number of years.

"There are people who totally destocked sold all breeders, and others only moderately, but that reduction can be felt for many years after the drought," Mr Hoffman said.

"To go and borrow money is a significant impediment for producers, but that gets cashflow back in order, they're back in business fairly quickly.

"A gradual rebuild means they could be starved for cashflow for the next few years, because there's a lower pregnancy rate from the drought, and they're keeping all heifer calves as breeders.

"I think the majority of people will give their place a bit of a spell, or take some agistment cattle, and rebuild the herd slowly."

Commercial breeders need to be mindful that they're making long-time breeding decisions as they buy new genetics in this selling season, Mr Hoffman said.

"From a genetic point of view, they need to be mindful of the fact that a large percentage of female calves will be kept as breeders, and there won't be as much selection pressure put on cows.

"It's not about buying a cheap heifer bull just to make the heifers have a live calf, but instead, using bulls that have the potential improve the genetic traits, with fertility, mature cow size, days to calving and calving ease - traits across the board.

"You need to make sure you're taking a balance of traits for the next few years."

The one positive of the current situation is being able to change direction with genetics, whether it's through a new stud, new bloodlines, or working on a different breeding objective.

"It's an opportunity for producers to step back and evalaute where they are, and design what they want for the future," Mr Hoffman said.

"It's important to focus on recovery - you can't look backwards and rethink decisions made in drought."

Producers are also looking to be more flexible with markets, particularly those who had been targeting grass-fed programs and growing cattle to kill weights.

"People are looking at some other market options," Mr Hoffman said.

"Some producers who had to meet a higher levels of specifications, like MSA or certified grass-fed, may just focus on getting calves to a feeder steer weight and kept it less complicated.

"There is strong interest in those markets but you need the quality and quantity of feed to meet those specifications.

"It's been easier to meet a weight spec in a feeder steer market."

While it's still early in the season, studs have reported increased demand for heifer bulls with improved calving ease figures, as well as fertility and milk.

The Angus breed is in the perfect position to help producers improve all maternal traits, according to Angus Australia breed development officer Matt Reynolds.

"With Angus, the real strength of the breed is that it's a maternal breed that produces high quality carcases," Mr Reynolds said.

Mr Reynolds said he expected commercial producers to be chasing female-focused characteristics, but it was still important to consider their market when selecting bulls.

"Breeders should be looking at indexes as a starting point and finding one that most aligns with their overall profitability of their production, and from there identify individual traits that can improve their herd," he said.

"The Angus breed has a number of fertility breeding values, such as birthweight, days to calving, gestation length, calving ease, and calving ease direct."

Mr Reynolds said while there would be a focus on estimated breeding values for maternal traits this year, it was still important to maintain standards with phenotype, and make sure the genetics fit the long-term goals of the production.

"When making decisions about genetics and a breeding program, producers need to be thinking about compounding effects over the long-term," he said.