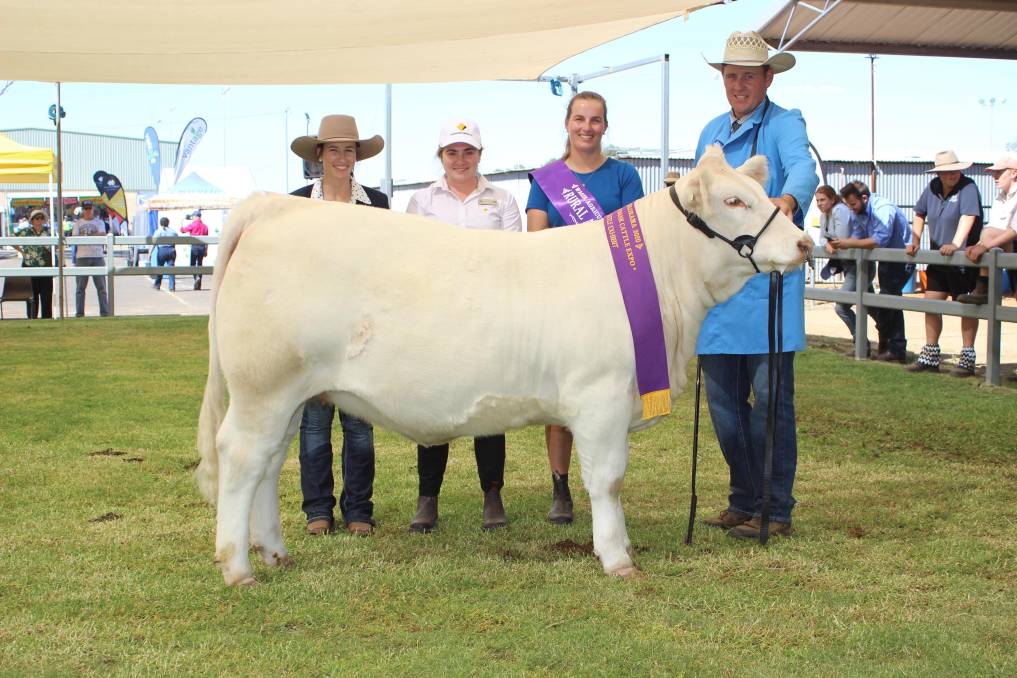 At her first and only outing in 2020, Venturon Clementine 11 was the supreme exhibit of the 2020 Wagin Woolorama. Photo: supplied

Embryo packages from the 2020 Black Dog Ride donation heifer Venturon Clementine 11 will be up for grabs in August with all proceeds raised going back to the mental health charity.

EMBRYO packages from the 2020 Black Dog Ride donation heifer Venturon Clementine 11 will be up for grabs in August with all proceeds raised going back to the mental health charity.

The Charolais heifer bred by Andrew, Anne and Harris Thompson of Venturon Livestock, Boyup Brook, WA, was destined to be sold at the World Charolais Congress at the Royal Queensland Show but since it was cancelled, the Thompsons together with passionate Black Dog promoter Peter Milton decided to offer embryo packages.

"With limited large events happening, we still wanted to raise as much hype and prestige about the cause and we feel this is the best way to do so," Harris Thompson said.

"It is way of letting more people get involved, and raising more awareness for the charity."

Six packages of three embryos will be offered and will include one embryo sired by Canadian sire, HRJ Fan Favourite, and two embryos by New Zealand sire, Silverstream Manhatten.

"She was flushed as a heifer and produced six embryos to Fan Favourite (that will be on offer). She will be collected (to Manhatten) once she is calved down, and flushed next year," Mr Thompson said.

The first five packages will be sold on a first in, best dressed basis when they are released for purchase via the Charolais Society of Australia website on Thursday August 6 at 12 noon AEST. The final package will be auctioned at the 2021 Sydney Royal Show.

She was the calf at foot when her dam, Venturon Naughty But Nice N31, won reserve senior champion at Sydney Royal and supreme exhibit of the Royal Adelaide Show in 2019.

Herself she was the interbreed calf at Perth Royal last year, and at her first and only outing this year she was supreme beef exhibit of the Wagin Woolorama.

Clementine 11 will be shown at Perth Royal, September 26 to October 3.

For more information on the sale conditions visit the Charolais Society of Australia website.