The forecast harvest for NSW is 1.6 million trays, up from 1.1m trays last year, with each tray holding between 16 and 30 pieces of fruit depending on it's size. 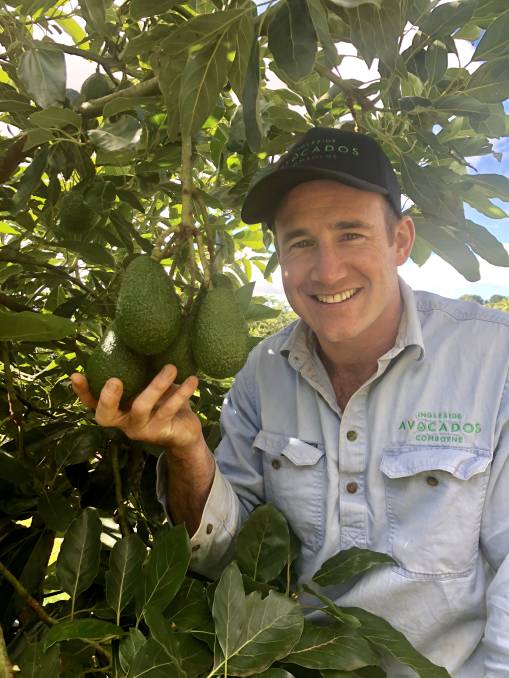 Nathan Bell from Ingleside Avocados inspecting avocados that are just about to be harvested at Comboyne. Photo: Samantha Townsend

Five months ago it was still a howling drought, but NSW avocado growers are now on track to have the best harvest ever.

The forecast harvest for NSW is 1.6 million trays, up from 1.1m trays last year, with each tray holding between 16 and 30 pieces of fruit depending on it's size.

"The crop has just started in NSW and it has the potential to be the biggest we've ever had," said Avocados Australia central NSW director Ian Tolson.

"For some it will be the best they've ever had with a good fruit set, but some had trouble with hail."

Mr Tolson, who has been growing the fruit for 20 years at Stuarts Point on the Mid North Coast, said the fruit would be smaller because of the drought, but otherwise the only thing going against the industry was if there was another wave of COVID-19 that brought back tight restrictions.

Mr Tolson said this would impact a majority of the first grade fruit that was sold to cafes for smashed avocado.

"It will be a good season if COVID-19 stays away. If there is a second shut down, then there will be a problem in NSW, making it hard to sell," Mr Tolson said. Nathan Bell from Ingleside Avocados on the Comboyne Plateau with his wife Grace and daughter Tallulah.

Nathan Bell from Ingleside Avocados on the Comboyne Plateau (also on our cover with his wife Grace and daughter Tallulah), who is relatively new to the industry, is expecting his third harvest.

The Bell's first harvest produced 3.5 tonnes. Last year it grew to 15t and this year's forecast is expected to be around 50t.

"It's been a tough year with drought, we couldn't water for three months as we had no water in the dam," Mr Bell said.

"Avocados need a reasonable amount of water through fruit set and we didn't have any water in September and October, the time when they produce most of the fruit set. We just prayed for rain."

"With no rain and then lots of rain it stressed the fruit and some of the trees dropped their fruit, but everything looks great," Mr Bell said.

The Bell's property was originally an old dairy when the previous owners planted 200 avocado trees on the rich red soil of the plateau before his family purchased the land in 2016.

Each year they have slowly increased, planting more than 4000 trees in the first year. They now have 11,500 over three properties at Comboyne and an additional 6000 trees at Fisherman's Reach.

"We would like to be in full production in four years time. I love the rigorous demand of farming, so many decisions are taken out of farmers hands by Mother Nature.

"The fact that we have started from the bottom, and that year by year we are seeing steady progress is really pleasing, I also love that what is grown on our farms will be enjoyed by many all over the world." 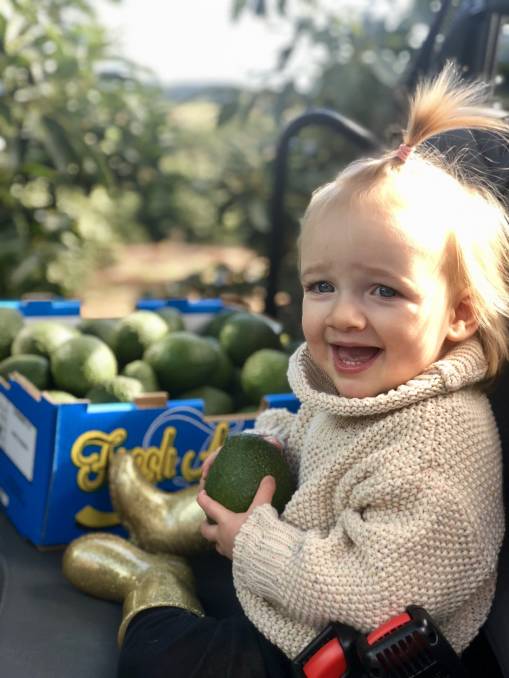