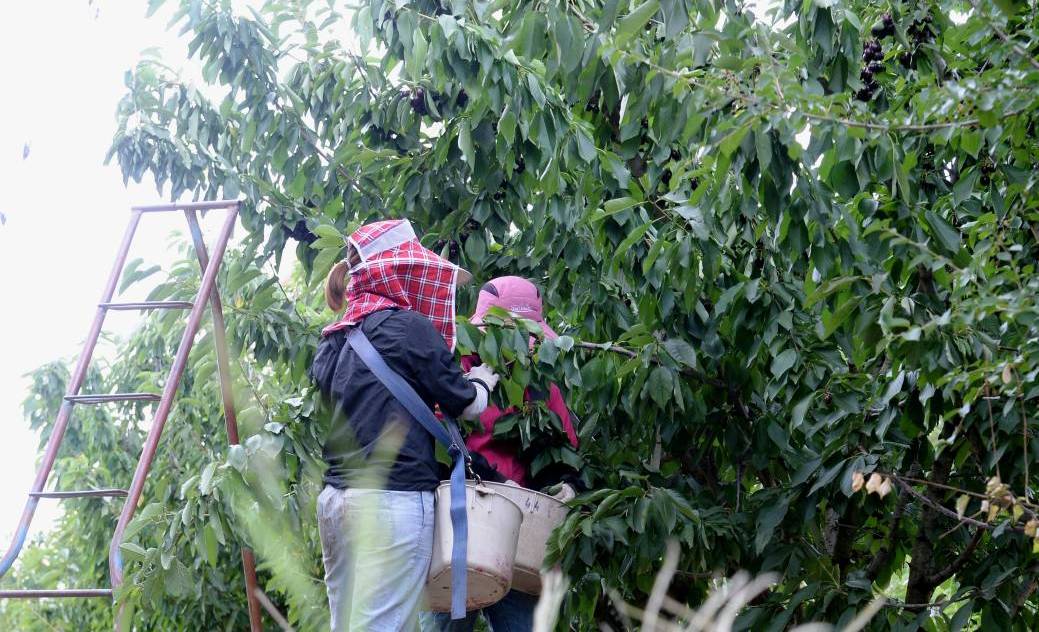 From today seasonal workers, a term clarified to mean visa holders, will not be permitted to enter NSW from Victoria.

Tightened border restrictions between NSW and Victoria have caused concern and confusion for the agricultural industry.

From today, NSW border residents who travel beyond the outlined 'blue border zone' in Victoria, are required to self-isolate for 14 days upon their return.

Except for freight workers, critical service providers who travel outside the zone are also required to self-isolate (when not providing their critical service) on their return to NSW.

But, the biggest bone of contention for the horticulture industry is that from Wednesday July 22 seasonal workers from Victoria are no longer permitted to enter NSW.

"We are talking about seasonal workers that are visa holders such as those on working holiday visas or Pacific Labour Scheme visas," Mr Marshall said.

"People that live in Victoria who come into NSW to perform seasonal work, who are not visa holders, but rather permanent residents or citizens will not be impacted.

"They are classed as critical service providers and employees and can enter NSW with a permit."

Southern NSW and northern Victorian citrus growers are around halfway through their harvest and rely heavily on visa holders who work as pickers.

Citrus Australia chief executive officer Nathan Hancock said there had been zero consultation on banning Victorian visa holders from NSW and warned that the decision meant fruit could rot on trees.

"The Health department and the NSW government have failed to present a sensible case as to why seasonal workers who have been working and living in the community, have no symptoms and are healthy should be targeted in this way," Mr Hancock said.

"It is reckless policy making on the run that has impacts on the community and singles out a group of people with no basis for this discrimination.

"It's clear someone in a high rise building in the Sydney CBD is making decisions for border communities without understanding the way these communities interact or the impact of the decisions they are making on the supply of fresh fruit and vegetables to Australian consumers."

Avocado and grape grower Vince Natale of P and N Natale, Robinvale, Vic said the decision would have a massive impact on their business.

He said many of his workers were visa-holders and the new restrictions would mean he could struggle to find enough people for the upcoming avocado and grape harvests, with workers discouraged from entering Victoria if they will be banned from heading back to NSW.

"Around here everyone's frustrated, they're treating us as though we're in different countries," Mr Natale said.

"A simple rule change, allowing people to cross the border for work only, would give families back their livelihoods," Mrs Dalton said.

"It would not create major health risks as there are very few coronavirus cases in border towns either side of the border.

"The NSW Government can do this today, with the stroke of a pen."