John Hodgen, Riccatoon, Charleville, and Nutrien Charleville's Gus Foott with some of the poddy kids that didn't get sold earlier in the year. Pictures - Sally Gall.

Charleville's John and Bronwyn Hodgen expect to come out of the last seven or so years of drought more financially viable than when they went into it, all thanks to goats.

Charleville's John and Bronwyn Hodgen expect to come out of the last seven or so years of drought more financially viable than when they went into it, all thanks to goats.

They've not only given the Hodgens a more confident outlook from their 30,000 hectare box, sandalwood and mulga property west of Charleville but they've helped pay for 85 kilometres of boundary exclusion fencing without going into debt.

The fertility of their 5000 nannies, even through the worst of the drought, protected from wild dogs by fencing, has been part of their success, along with the advent of AuctionsPlus goat sales, which has allowed them to better manage selling options.

Mr Hodgen's parents moved west from Mitchell and purchased Rickatoon in 1960 in partnership with his uncle, adding neighbouring Barcudgel in 1972.

Their operation was much like most others - running 5000 Merinos plus 500 Santa Gertrudis cattle - with feral goats unmanaged on the property.

By 2015 the fierce bite of drought saw many of the cattle go, followed by the last of the heifers when the drought intensified again last year.

Mr Hodgen made a conscious decision to let goat numbers build up as a diversification option, fencing one paddock for 300 nannies he mustered up, and building on from there.

They originally chose 8/90/30 hinge joint fencing for the boundary but rolled it up and re-used it internally when it proved no match for wild dogs. 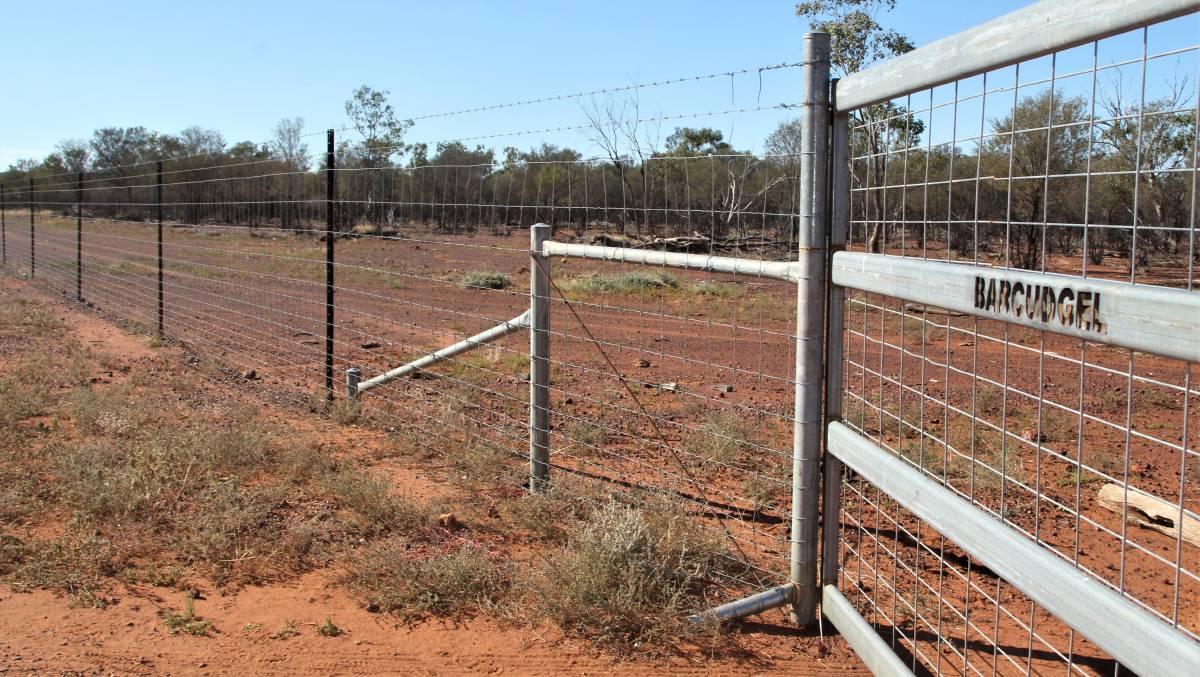 The Hodgens have changed the boundary fence three times, from netting to five plain wires and a barb, then to hinge joint with barb wire, and now to exclusion fencing topped with two barbs, much of it done by Rowan and Sarah Watson from Cooladdi.

Once the final 40km of internal fencing is done, all fences on the property will have been renewed, allowing the Hodgens to spell country and rotate the rangeland/Boer goat flock, along with about 500 Suffolk sheep.

While people think goats will survive on anything, the Hodgens have learnt to run nannies on their mulga country and billies in their box country.

"People run ewes in their better country but for goats it's the opposite," Mr Hodgen said.

"It's what we found through trial and error, because nannies are not as aggressive on the trees.

"We put our billies in our box country - it pays off to do that extra."

According to Charleville Nutrien's Gus Foott, who has put in a lot of legwork to boost the goat industry in western Queensland, goat breeding isn't bulletproof.

"People say, goats will eat anything, but they need plenty of room and they like about 80pc browse, 20pc grass.

"If they run out of browse they'll eat grass, don't worry."

As well as being attuned to the needs of their goats rather than treating them as a handy byproduct, AuctionsPlus sales have been a game changer for breeders, according to Mr Hodgen.

Prior to these, anything that made weight was sold, which saw a lot of older nannies selected before their productive time had passed.

Now, as well as nannies being in demand for those wanting to enter the industry, others are wanting young billies for the goat equivalent of backgrounding.

Mr Foott said the Hodgens had split their last mob of young billies into four lots, which went to three different producers, two of them from Longreach keen to control regrowth and another who wanted to feedlot them.

"It's that rougher country where they used to run wethers but there's no money in that anymore because the sheep game's changed," he said.

"No-one can afford to buy wethers for woolcutters, it's just not going to happen anymore.

"Whereas they can buy a billy who will eat their suckers and improve their country, and they're making a dollar out of it at the same time." 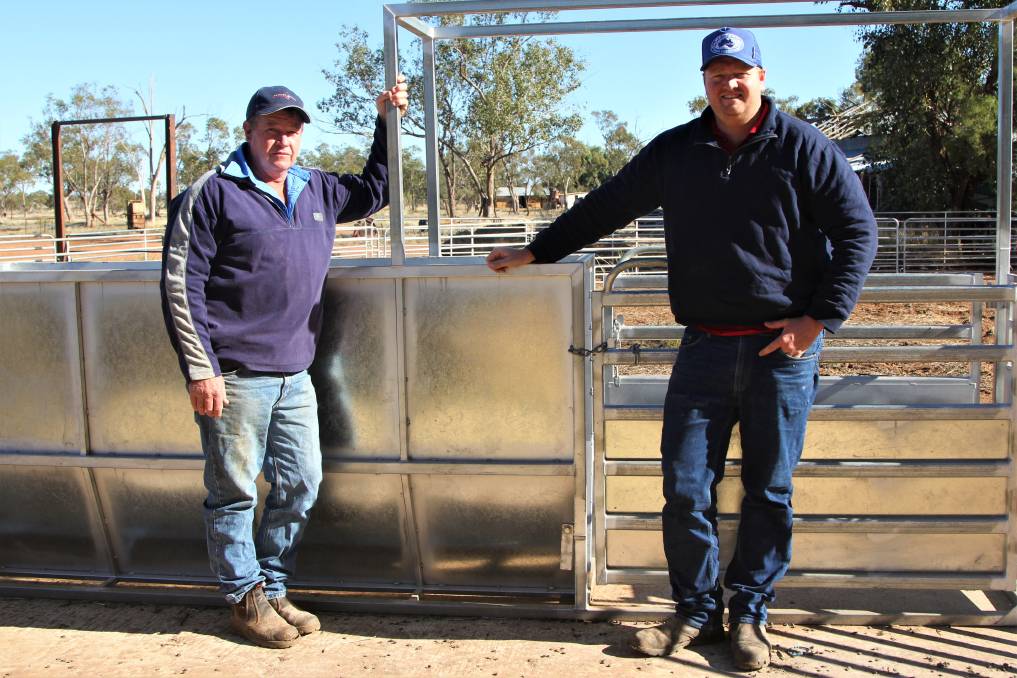 The Hodgens are renewing much of their handling equipment to manage goats and have used Young's Welding at Charleville to buid the draft.

Mr Foot said they were being sold around the 24kg weight range to operators who would get them up to 45-50kg liveweight, for sale to Western Meat Exporters at Charleville.

It was working well for WME, Mr Foott said, to receive an animal that would dress out at 20-23kg.

Last year the Hodgens sold their young billies for $120/head; this year they made $100 while the young nannies went for $152.

They also sold a mob of nannies with kids privately to a buyer at Eulo for $150, to lighten off at the end of last year.

"John and Bronwyn this year would have had the feed to grow their little billies out but they've rested their country," Mr Foott said. "This year they're probably looking at 130-150pc kidding so they're going to have feed to wean the next lot onto."

Mr Hodgen added that last year, when the country was the worst he'd ever seen it, his goats still managed to rear 110pc of kids.

He's introduced some Boer genetics into the herd in order to breed a bigger-framed female but said he didn't want any more than 50pc Boer.

"We want to keep the survivor, there's a better mothering ability with the cross instead of the pure," he said.

Mr Foott added that a Boer-cross carcase gave a better dressing percentage when it came time to kill it.

"When John and Bronwyn started doing this, people were sceptical, but at $8-9 a kilo, why wouldn't you run anything different," he said. "People used to laugh at goats but now they're a real industry on their own." 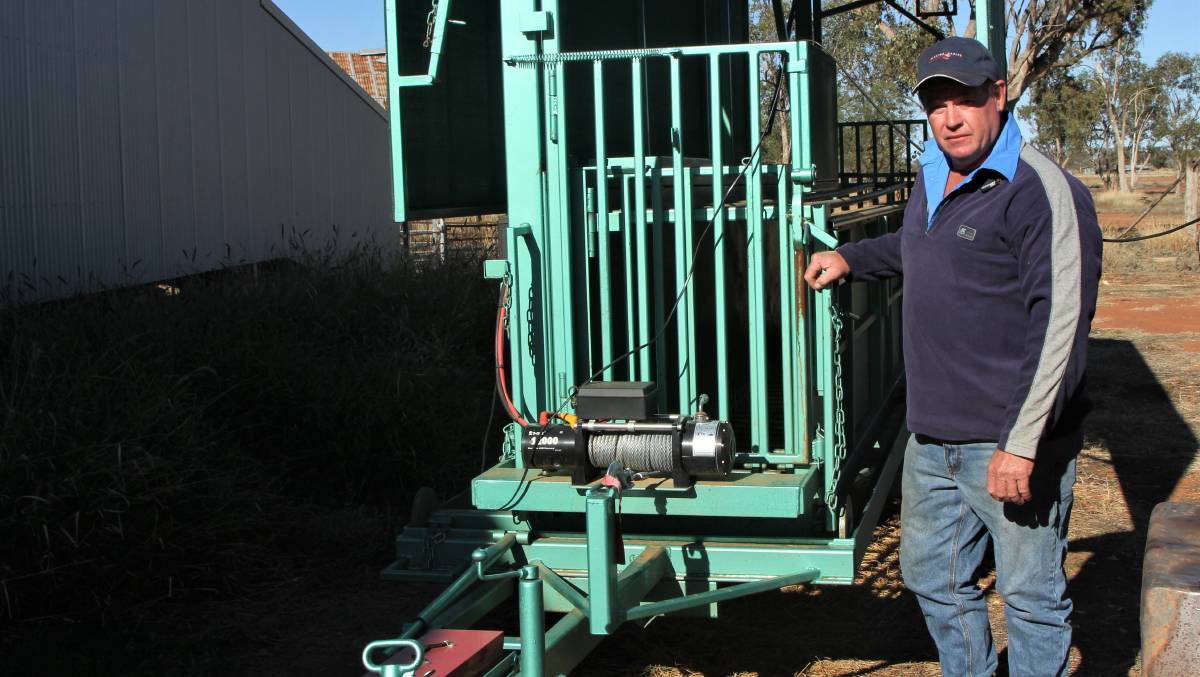 To save being 'battered and bruised' tagging and earmarking his goats, John Hodgen has invested in a Holland Stocklift, which copes with 30 goats at a time or 500 an hour.