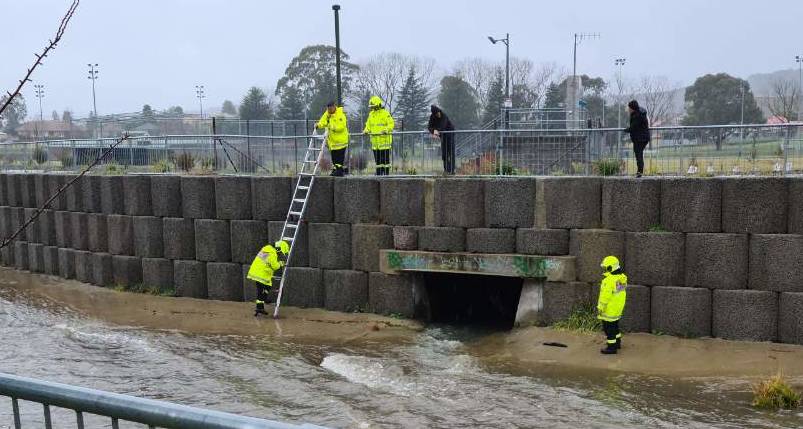 Rescuer reveals how he helped save the roo from floodwaters.

AN eastern grey kangaroo is recovering after it was swept away by floodwaters and then dramatically rescued.

The emergency call was received from the Lithgow area in NSW's Central Tablelands just after midday Monday by firefighters and WIRES volunteers that a kangaroo was stuck in a stormwater drain.

"It was in the Farmers Creek drain and it was a raging torrent already," WIRES wildlife rescuer Ray Mjadwesch said.

People who initially reported seeing the kangaroo said it was first spotted on a dry bit of land in the stormwater channel, but the water quick rose around it.

"It got chased and it went up into the stormwater drain," Mr Mjadwesch said.

"There was no way out of the channel and the water was rising.

"It had bleeding feet and it was already quite exhausted when I got there." 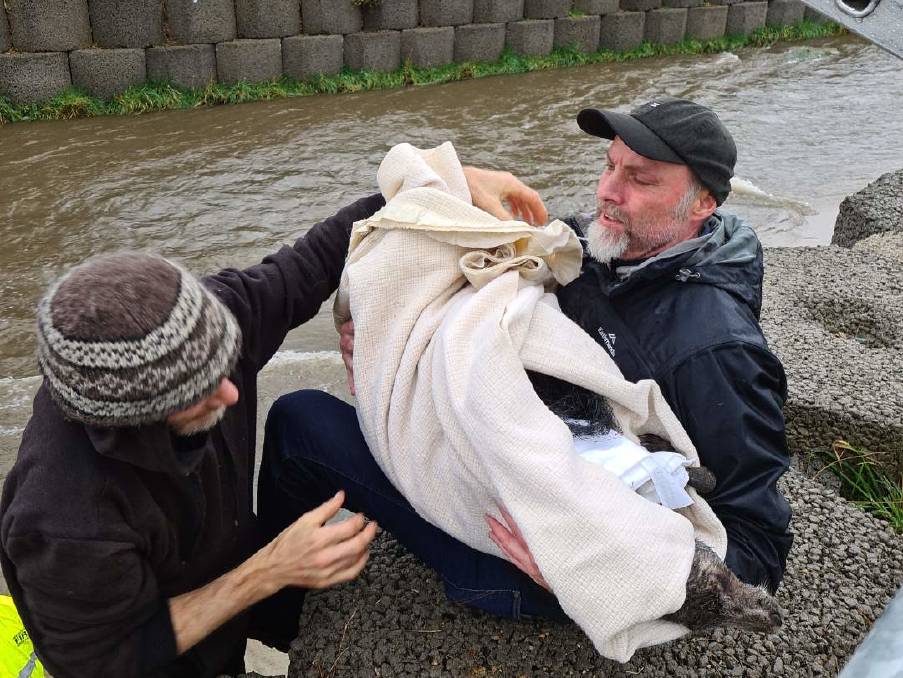 Fire and Rescue NSW Lithgow crews were called to the scene and were tasked to hold a net across the entrance to the stormwater pipe.

I just caught it before it went under. - WIRES wildlife rescuer Ray Mjadwesch

Mr Mjadwesch then sedated the kangaroo and rushed into the fast-moving water himself to catch the marsupial before it was swept away.

"I just caught it before it went under," he said. "It was very risky."

Mr Mjadwesch said the roo's feet were bleeding from its time in the stormwater channel.

"When it hops along on a road or concrete drain or anything that's hard it wears down its toenails and this roo's nails were completely worn down," he said.

If you seen an injured or trapped native Australian animal call WIRES Central West for help on 1300 094 737.

From Saturday until Tuesday at 8am, 87.8 millimetres of rain has been recorded in Lithgow by the Bureau of Meteorology.

Showers are predicted to ease on Tuesday with a 70 per cent chance of less than one millimetre or rain, with sunny weather to return from Wednesday.

The story What's that Skip? You're stuck in a stormwater channel? first appeared on Lithgow Mercury.