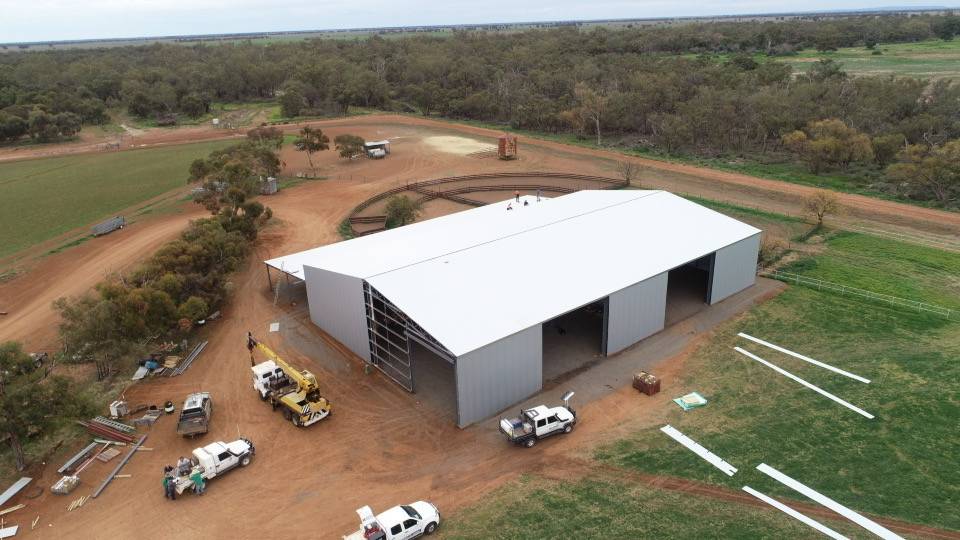 A team of ex-shearers have been run off their feet as woolgrowers seek to upgrade their on-farm infrastructure.

A team of former shearers have been run off their feet building new shearing sheds that meet industry guidelines for efficiency and safety.

Last year AWI released a blueprint for a 'shearing shed of the future' after almost two years of extensive industry consultation and research.

The design came from former world champion shearer and shearing contractor Hilton Barrett of Arrow Park, Dubbo, and features a straight drag on a sloped-floor.

Mr Barrett's friend Jason McGaw also traded in the shears for the tools and hasn't had enough hours in the day to meet the demand for interest in the fit outs. 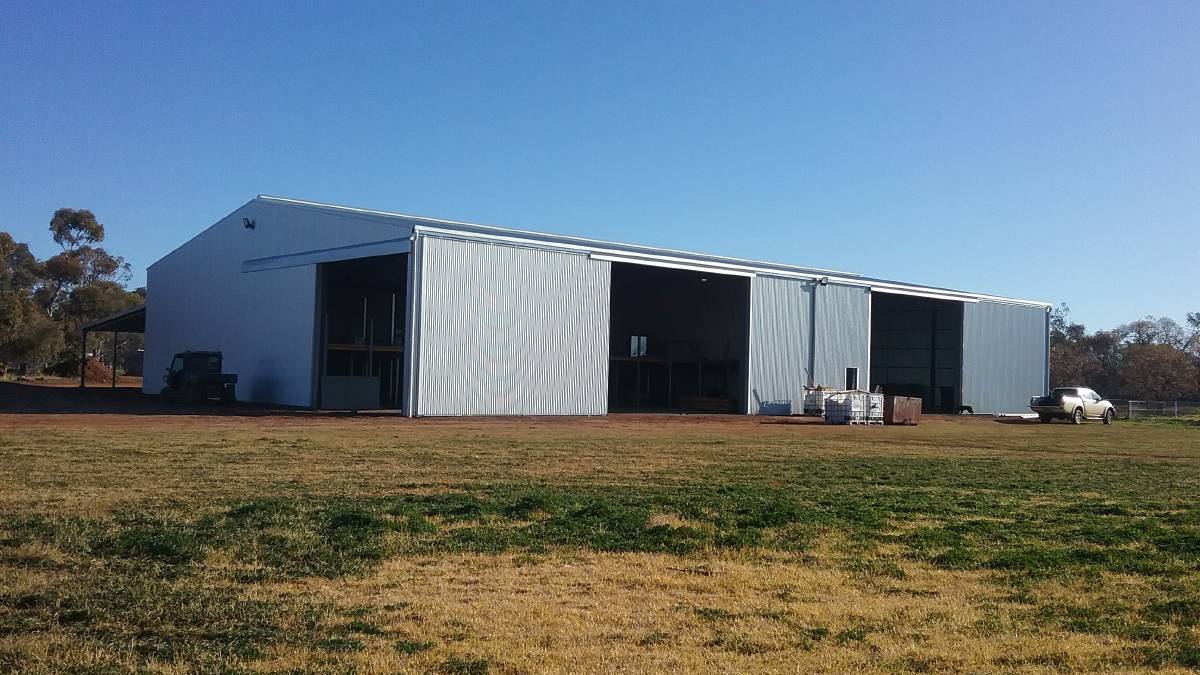 Jason McGaw traded in the shears for the tools.

Despite the recent dry conditions and financial expense of new infrastructure, Mr McGaw was currently finishing off the fifth back-to-back sixth stand shed and had at least another 10 prospective clients interested in the modifications.

Three and four stand sheds could become available in the future but for now Mr Barrett said they couldn't get the sheds complete quick enough with each taking about 650 hours.

"Considering the season we have come out of, the years of drought and having been financially tough for a lot of guys, the interest we have had is really heartening to think people do care and are trying to make the industry a better industry.

"I just want to do something good for the industry and do it properly."

Mr Barrett is currently working alongside former shearers Tom Hutchison and Lachlan Davis who all agreed there was no better way to shear nowadays.

Shearing sheds were up to 80 years old on some of the properties that would now feature safe work practices. 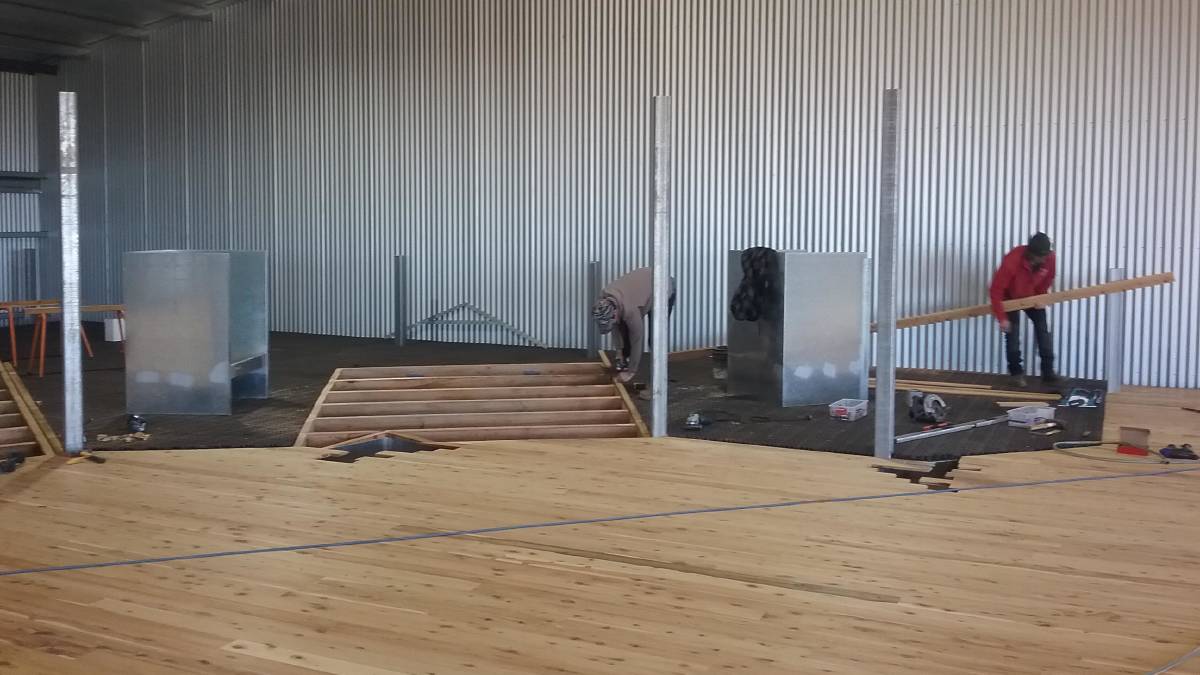 Jason McGaw traded in the shears for the tools.

"People are realising that...the industry has to become more focused on injuries and making safe work practices," he said.

"What they (AWI) have come up with has been designed by shearers for shearers so to me that's like building a race car and the a race driver has an impact."

Hillston woolgrowers Geoff and Dianne Peters are nearing completion of their new 40 metre by 24 metre wool shed which features an 11x40m skillion along the side.

Work began in January last year with the structure capable of housing up to 2000 sheep undercover.

After researching and making slight modifications to designs, the shed has a semi-circle configuration inside and front filling catching pens on a slope, meaning the shearer doesn't need to turn the sheep.

Mr Peters said their former woolshed was built in the late 1950s and was in need of repair.

Conducting six month shearings, they recently took their sheep to a neighbour's shed but are looking forward to hosting their lamb shearing in September or October from the new setup.

"It will particularly benefit the shearers but also the staff in the way of the semi circular configuration," Mr Peters said.

"The staff don't have much distance to travel and we will set two tables up so they are fairly close to the shearing at all times."

Certain materials used in the fit outs will reduce the noise and distress on the sheep making it a more productive management tool too. With a 2.2 metre clearance underneath it will also be easy to clean out. 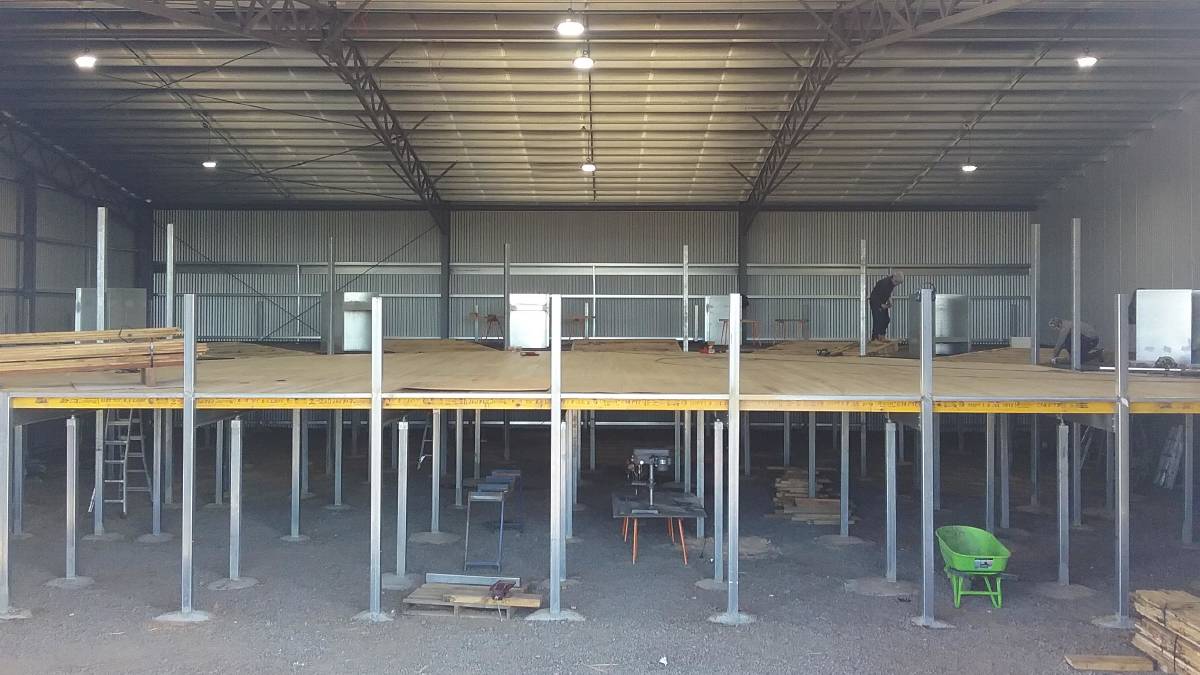 The shed has a 2.2 metre clearance underneath.

"We have used all tough deck, its a plastic grading, and it's very quiet and you can't see through it without looking straight down," he said.

"The sheep don't come out in the weather at all. They are either out of the sun or out of the rain to be processed and that's going to make it revolutionary because we have been using this Thermoskin on the sheep in the colder weather so they can't be wet when it is applied."

After a reasonable start to the season, the recent shearing featured very clean fleeces.

"There were excellent yields and that is another one of the advantages to six month shearing; you are taking off that dusty wool if it is there," he said.