The sun broke through the fog in time for Sugarloaf Angus stud fourth annual bull sale at Dungog on Saturday.

Auction Plus bidding was in full swing but the action was all inside the shed with three lots purchased across the online platform.

All commercial females sold for an overall average of $3,425.

Boambee Angus purchased the second top price bull from last years sale and were very happy to be taking home the 28-month-old.

The son of Basin Payweight 107S and out of Sugarloaf Burnette F33 had a scrotal circumference of 46 centimetres. 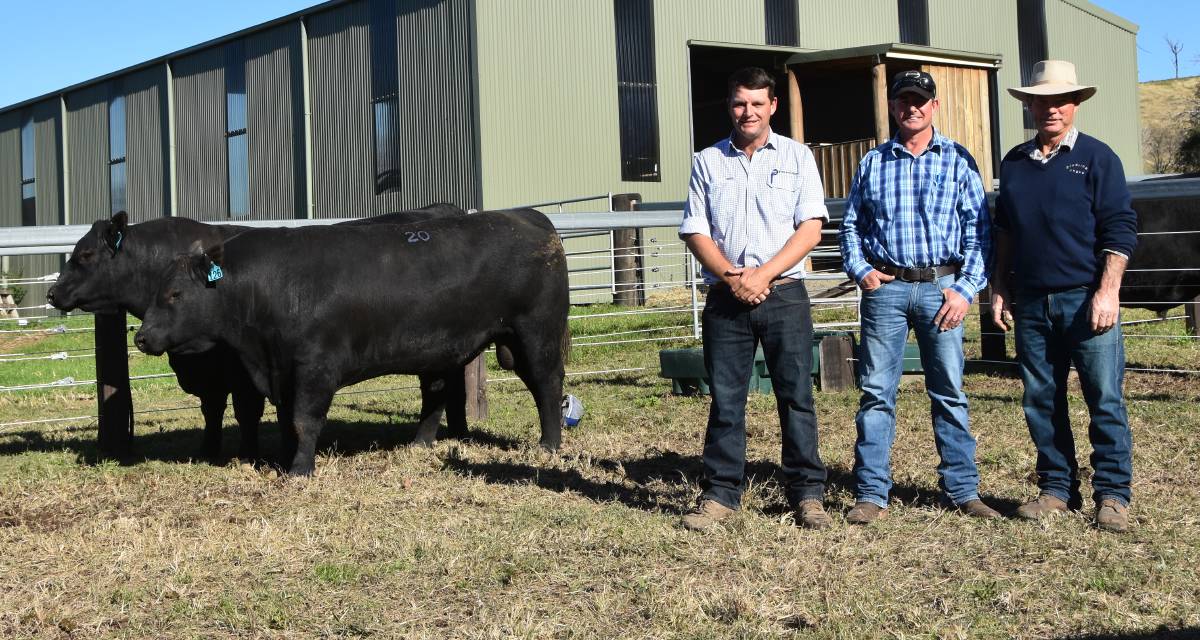 Originally Mr Wilton was only looking to purchase two younger bulls but couldn't go past the quality and value of the three older bulls he took home.

The sale was conducted by Bowe and Lidbury and Dillon and sons with Auctioneer Paul Dooley.