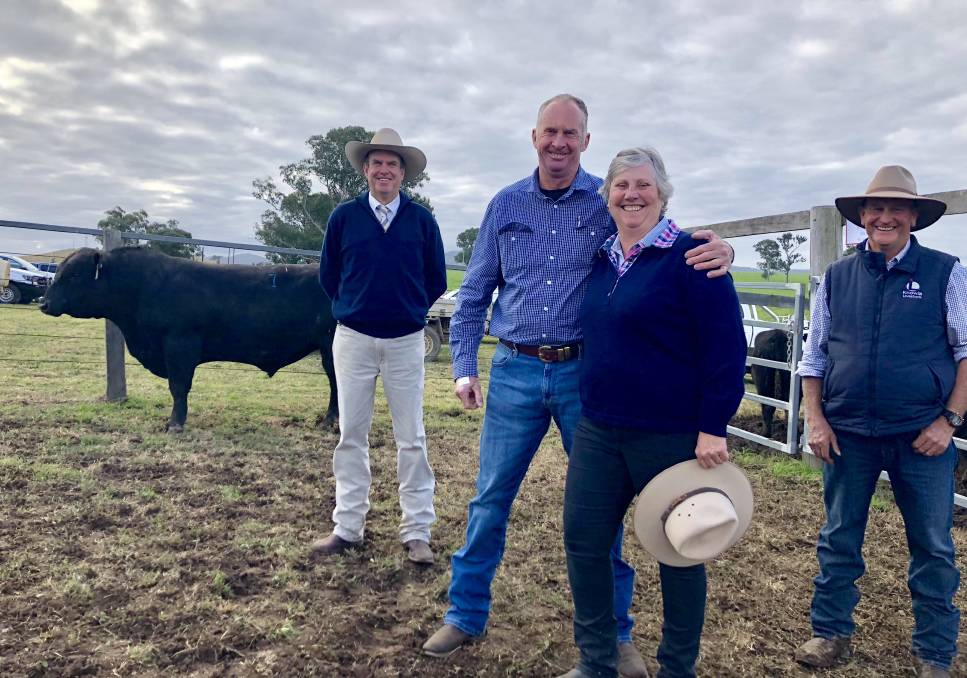 With confidence in agriculture at an all-time high, the Laurie family from Knowla Livestock are 'riding on top of the wave' after their annual bull sale near Gloucester on Friday.

With confidence in agriculture at an all-time high, the Laurie family from Knowla Livestock are 'riding on top of the wave' after their annual bull sale near Gloucester on Friday.

All 73 bulls sold with the top priced bull Knowla Packer P130 going under the hammer for $30,000 to Don and Alison Cameron who run Glenora at Walcha.

The 23-month-old son of Bowmont King K306 and out of Knowla Panda K113 weighed 904 kilograms with a scrotal circumference measurement of 43 centimetres.

The Lauries collected 300 straws of semen for in-herd use along with being nominated for Cohort 11 of the Angus Sire Benchmarking Project.

The impressive King son has estimated breeding values in the top 10 per cent for growth, carcase weight and eye muscle area (EMA).

"The bull ticked all the boxes, it has great length, skin type and high growth," Mrs Cameron said.

The Camerons want to use the bull as "extensively" as they can and will run him with their Angus cows and Shorthorn Angus cross breeding program.

"We are looking at driving our business forward and look for quality genetics and this bull measures up," Mr Cameron said. 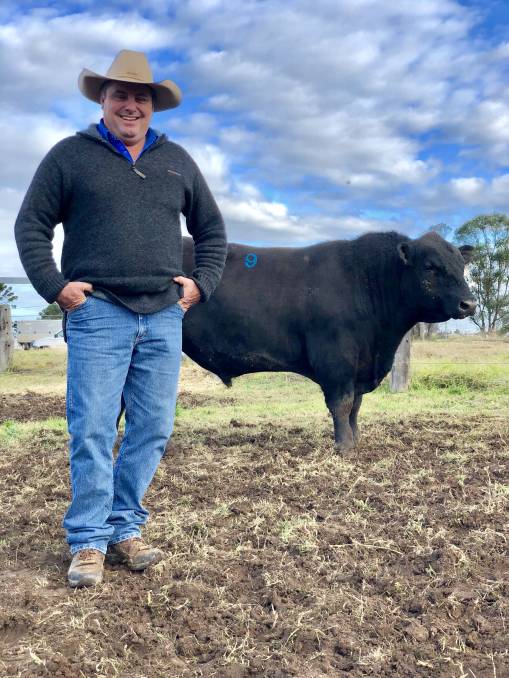 "It's our first time buying here, we have watched them for years and like their cattle and like their style, their bulls are tough and they suit our job," Mr Teague said.

"We have 400 breeders at Ellerston and basically we weren't in the market last year due to drought and so we are a year behind, we are doubling up this year to catch up."

Mr Teague said the season had turned around in the last week after 80mm and 180mm, respectively fell on the lower and higher parts of their country.

"We will have a good start to spring, nothing like the the last two years," Mr Teague said.

Before the sale, co-principal Ted Laurie said the bulls had been through a rigorous program and would do the job for whoever purchased them

"How good is it," Mr Laurie said after recent rain.

"I will take mud every day of the week after the dust storm or two last year." 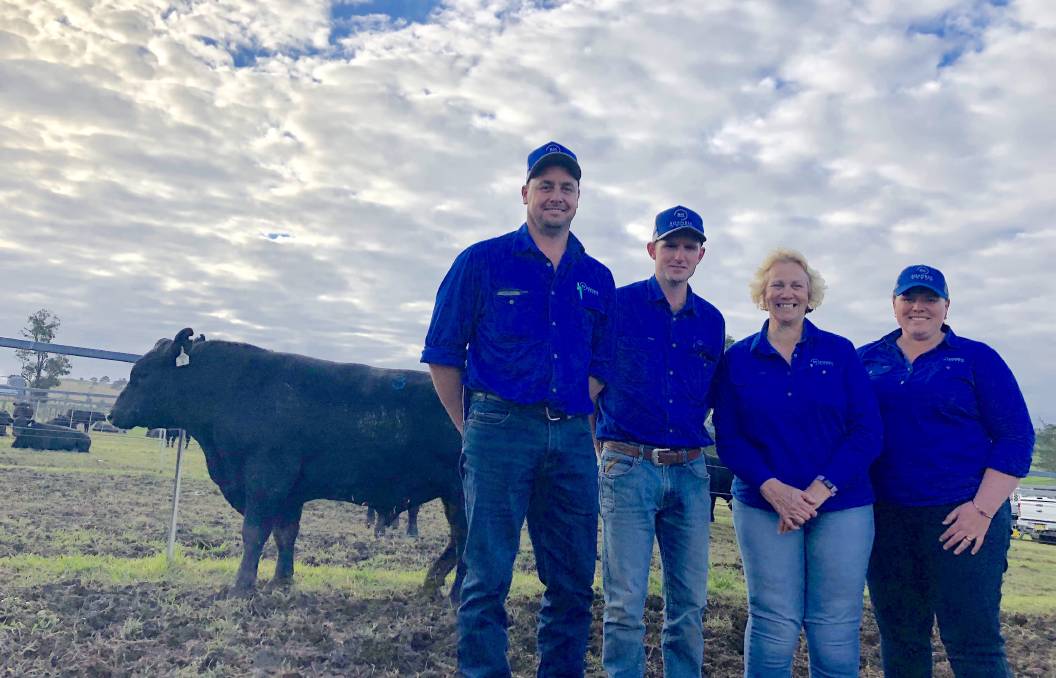 His brother James Laurie said after the sale that it had reached beyond their "wildest expectation" with good local support, and new clients turning up the heat for the front end of bulls.

"Last year all bulls stayed within 100km radius of the sale venue, this year people have travelled from further distances to compete," Mr Laurie said.

"There is so much confidence in the industry at the moment and we are riding on top of the wave, everything is lined up for a great season and this is the best drafted bulls ever.

"You can't do anything without rain which has driven the cattle market. It certainly is a great time to be in agriculture at the moment especially after the tough time we had with the weather."

There were six registered heifers PTIC that sold for an average of $4375 while all 100 un-joined Angus yearling heifers were sold to an average of $2098.

The sale was conducted by Elders Walcha with Paul Dooley, Tamworth, as the auctioneer.