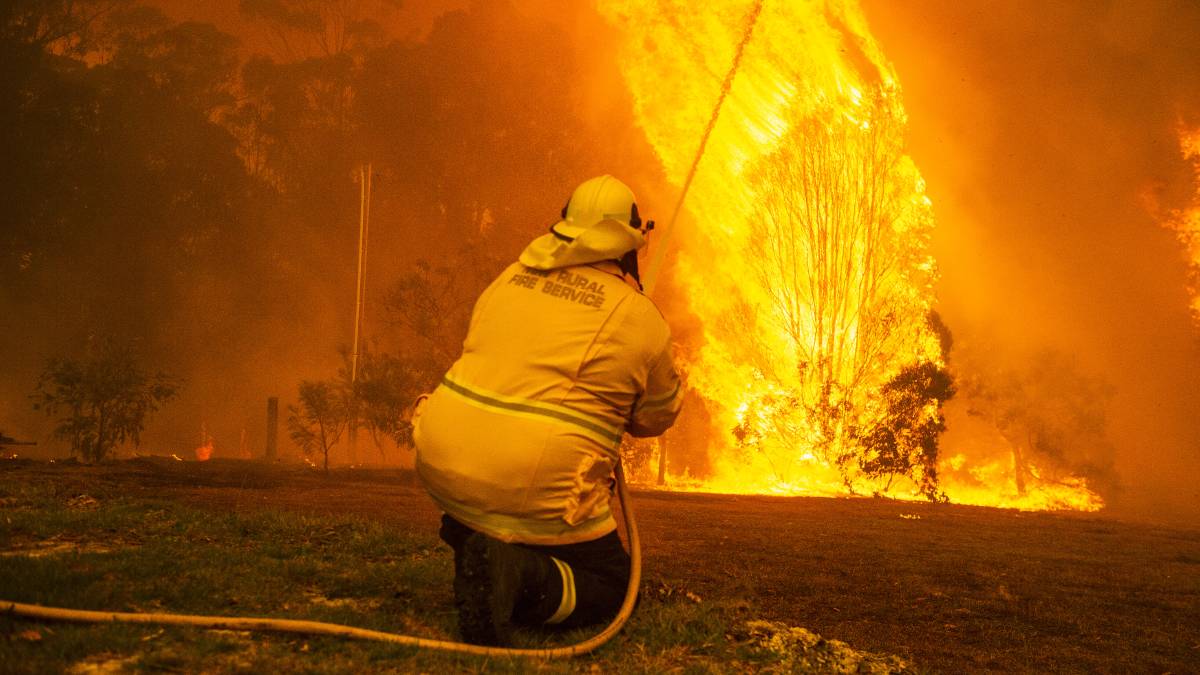 Reinforcing farmers' perceptions the Rural Fire Service is a Sydney-centric bureaucracy, northern NSW broadacre farmers are scratching their heads at the declaration of a bushfire danger period on August 1.

Grass burns poorly in winter, so most of us are waiting for warmer weather.

We can get a permit to burn, but that only adds to our daily mountain of red tape.

Given recent megafires you'd think the RFS would make it easier to conduct controlled burns.

For 200 years farmers have managed their land - some 81 per cent of the NSW land mass - without big brother watching over us.

We are all getting increasingly frustrated by the way the bushfire debate unfolds in the media.

Volunteers are now national heroes and by association so are RFS highly-paid bureaucrats.

Farmers increasingly recognise there is a role for the RFS in urban and peri-urban areas.

Unfortunately broadacre farmers are increasingly wrapped in the sticky paralysis of bureaucracy.

More farmland is being absorbed into smaller blocks within 40 kilometres of most rural towns.

It's an important development for rural communities, but the fire problems are different to those broadacre farmers face.

People are building closer together and not all run livestock to keep grass down.

Some have no experience in controlled burning.

They often do not have ploughs to construct fire breaks.

The RFS has wrapped broadacre farmers into the RFS management labyrinth.

Many farmers have walked away from the RFS unable to handle the red tape.

They have bought their own gear to fight fires with the RFS flying in people from Sydney in the event of a major fire.

Some time ago I appeared on ABC's The Drum program with Greg Mullins, former head of Fire and Rescue NSW.

I countered who are you calling farmers, as many fires emanate from "blockies"?

Mullins said there were no blockies around Tenterfield where a recent fire had occurred.

I drive through Tenterfield quite often, in on the Bonshaw road and out on the Casino road, and know that is complete rubbish.

Many years ago when I was president of NSW farmers our members became very frustrated they could not get their voices heard as volunteers through the Rural Fire Service Association.

The RFSA was then the mainstay of most rural fire brigades.

The organisation purporting to represent the volunteers however, the RFSA was run by paid bureaucrats working for the RFS.

I was pleased to help Peter Cannon when he started the Volunteer Fire Fighter Association.

It's members are volunteers, not paid government staff.

All farmers should join.

Adding insult to injury the bushfire bureaucracy is calling for more and more services, including a fleet of planes.

It never ceases to amaze me they think there is a magical supply of money.

If the RFS wants farmers to re-engage it needs to recognise broadacre farmers are experienced with bushfires and have distinct needs.