KEEPING ON TRACK: A US-based manufacturer of linear irrigators has released a new GPS-guided control system to keep the machines on track.

A Finley-based machinery company is fitting a new GPS-tracking system to linear irrigators.

Eagle i Machinery at Finley in the NSW Murray Valley has been installing the new system on both new and existing irrigators.

Company spokesman Peter Brunt said linear irrigators traditionally followed a cable to control tracking but any movement of the cable, by wildlife for example, can result in major problems.

He said the new T-L system, the result of years of research and practical testing, alerted farmers when their irrigators got off track. 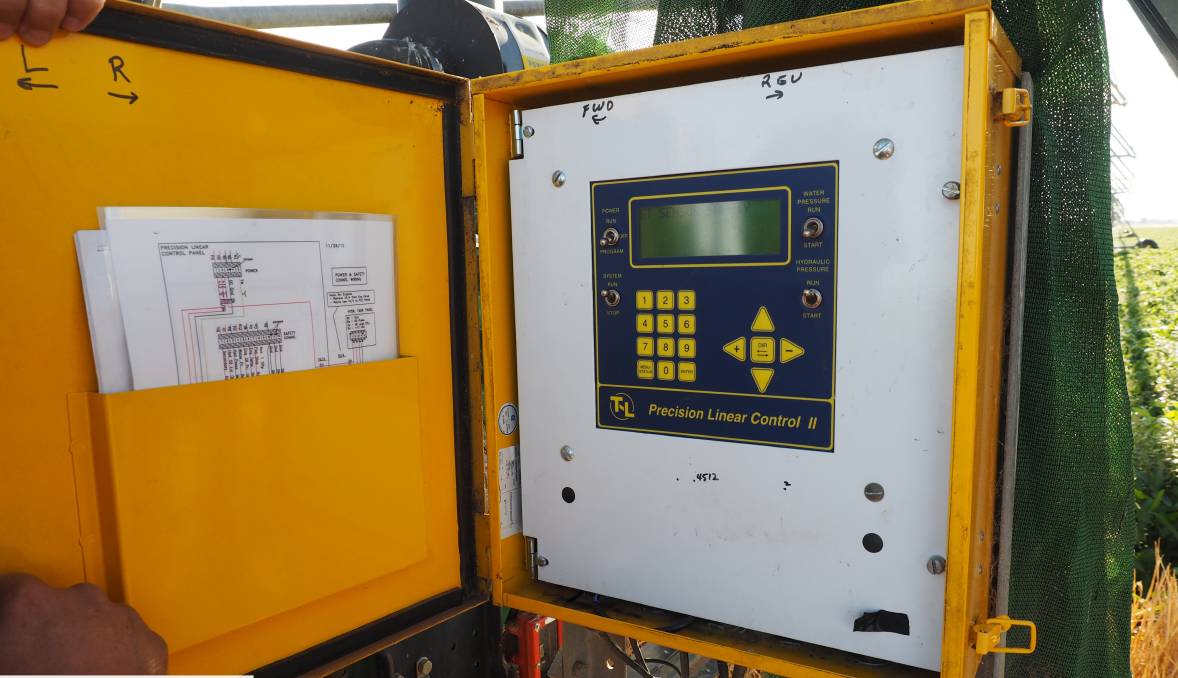 "Using three GPS systems (US GPS, Russian Glonass and European Galileo) plus the sub-two centimetre accuracy of the supplied RTK (real time kinematic) base station ensures you have complete peace of mind while the irrigator is running," he said.

"If the irrigator gets off track by a pre-determined setting it'll shut down and advise of the issue via the T-L app.

"We've fitted the GPS guidance to both new installation sand retrofitted it to existing machines and it's changed the way clients irrigate," he said.

"We've worked closely with T-L Irrigation to ensure the system is right for Australian conditions and results speak for themselves.

"We tell our clients GPS now stands for "Gives Pleasant Sleep". No more getting up in the middle of the night to check if the machine is tracking correctly and no more interruptions to daily tasks either.

"One of the great features is the T-L GPS tracking is easily retrofit to all existing T-L linear Irrigators.

"Plus for farms with more than one linear there are significant savings to be made by sharing the RTK base station between irrigators - saving you money while updating the irrigators.

"Unlike other RTK systems there is no annual subscription payment, once you own it it's yours.

"Our competitors do charge for RTK subscriptions and over the life of the machine this adds up to a significant saving.

"Of the last 40 linear irrigators installed by Eagle i, 39 have had GPS guidance."

"Eagle i Machinery brought T-L to Australia 35 years ago and operate more than 10 T-L irrigators ourselves," Mr Brunt said.