There was strong inquiry for Alpacas at the online Breeders Choice sale. 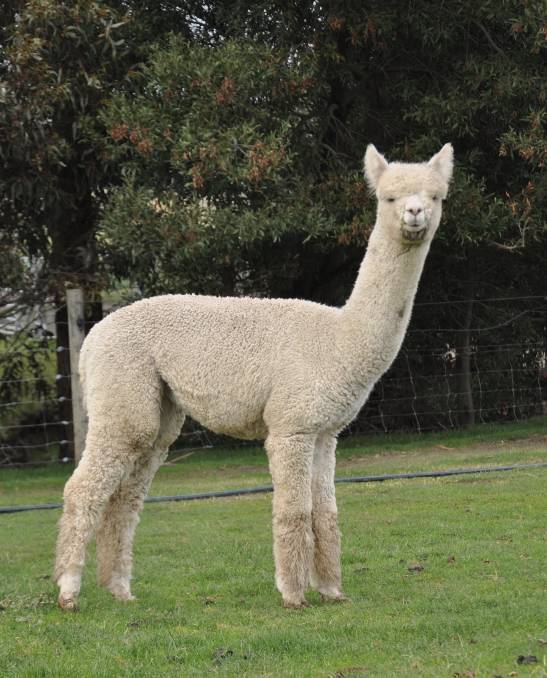 Alpacas sold to a top of $15,750 at the 8th Breeders Choice Alpaca auction.

For the first time this sale was held exclusively online through Auctionsplus.

There were 134 registered bidders logged on from all states of Australia and an overseas purchaser from the UK.

The top price was for Malakai Ashbourne Sintilation ET a white female offered by Shane Carey and Daniel Barendsen of Malakai Alpacas and Darren and Rebecca Hard of Ashbourne Alpacas, Miners Rest. The lot was purchased by Geoff and Jenni Smith, Aingeal Ridge Alpacas, Bungendore, NSW.

A Grey female from EP Cambridge was purchased by the UK buyer for $9000.

Other top prices where obtained included by the Patagonia stud which averaged $6000 for two females.

Sale co-ordinator Wilson Beer said it was a strong sale, particularly given it was first time this sale had been totally online.

He said the multi-vendor sale sold lots to all states apart from Queensland.

The sale was co-ordinated by Wilson Beer, Nutrien Livestock, and conducted via AuctionsPlus.

The story Alpacas to $15,750 at Breeders Choice sale first appeared on Stock & Land.