The regular winter weaner sale was listed on AuctionsPlus due to COVID-19 restrictions. 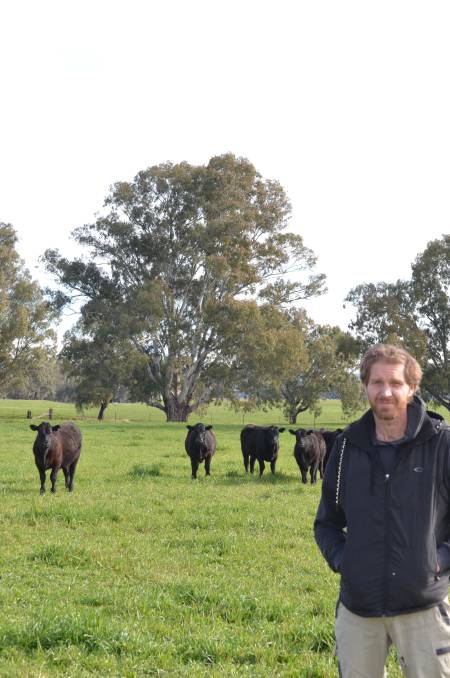 Dave Ferguson, Kimo Partnership, Gundagai, with a selection of 11-month-old Angus steers weighing 378kg which sold for $1550 a head on AuctionsPlus last Friday.

The annual winter weaner sale conducted by Elders, Tumut and Adelong was listed with AuctionsPlus last Friday where 550 head were offered.

Quality was even across the offering with an equal top price of $1550 paid.