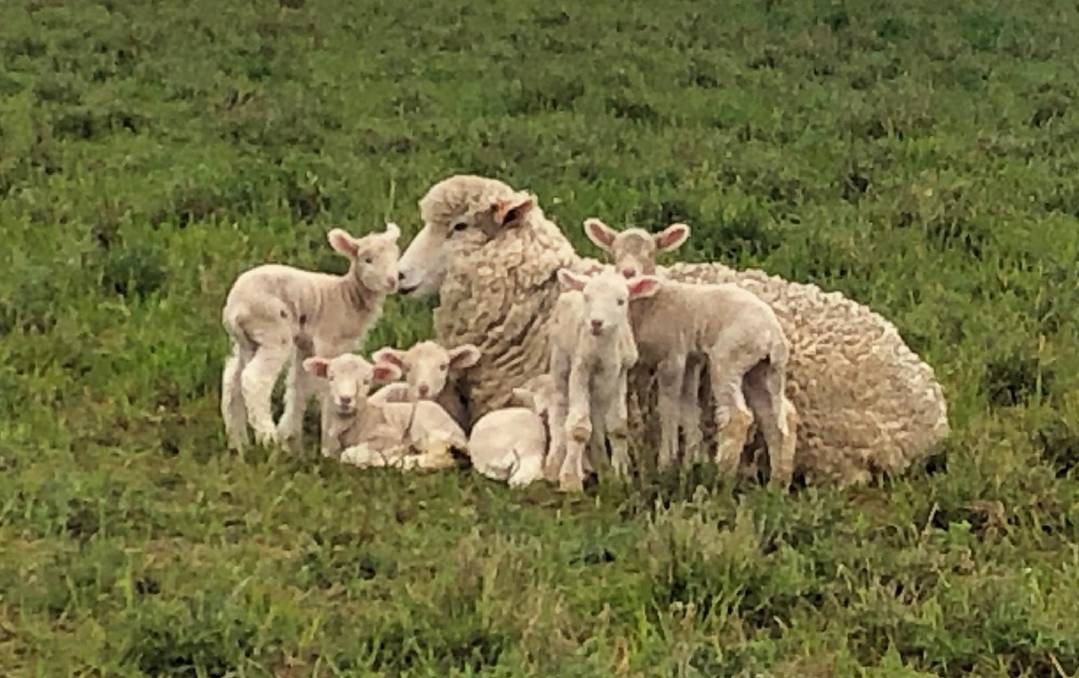 Richard Brien came across the unusual mothering situation on Sunday.

Ewe have to be joking, right?

A Bathurst-based sheep producer claims a first-cross ewe has given birth to six lambs in what would be a 'one in a million' occurrence.

Richard Brien manages the property Yandarra for owner Sam Papa and came across the unusual mothering situation on Sunday.

At the time the ewe was surrounded by six newborns with no other possible mothers in sight. Add this with the fact she was willing to feed all lambs and Mr Brien was convinced it was a rare occurrence.

The mothering situation was reconfirmed the following day too. Mr Brien again found the ewe with her mini flock, and while the sixth lamb was misplaced, she was still claiming all of them. 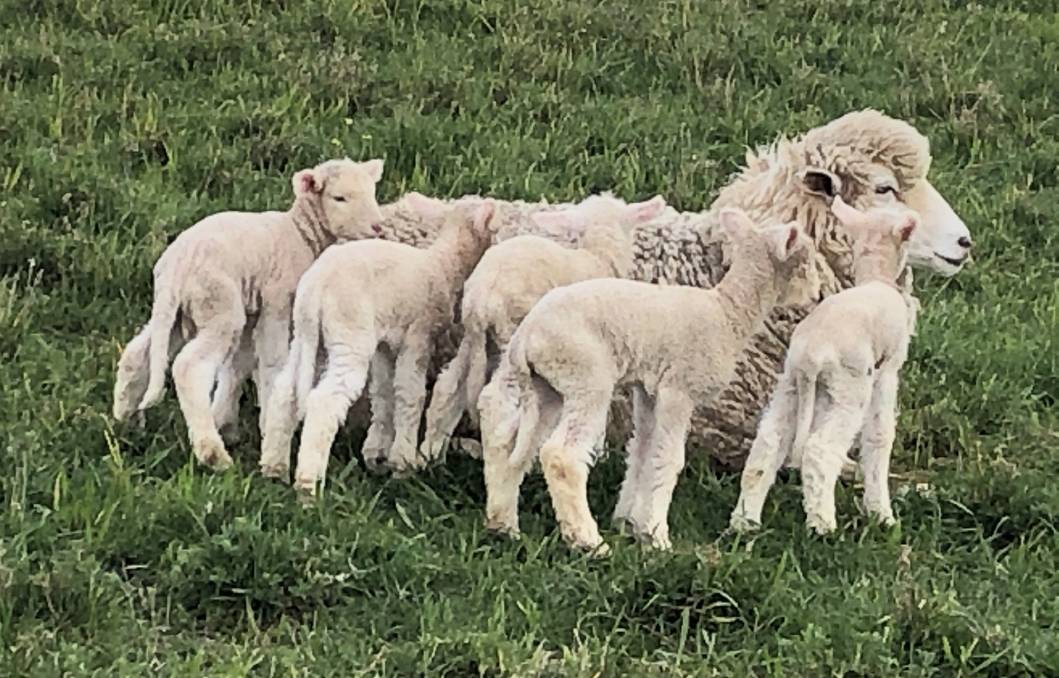 "I have been around sheep a while and I was skeptical of the six...but she seems to be claiming them," Mr Brien said.

"As far as I can see she was trying to feed them all. There was no others around her and she wasn't hunting any of them away.

"Four wasn't uncommon for composites but I didn't think I would see that before in first cross ewes. I don't expect to see it ever again."

Overseas there have been multiple reports of sextuplets including just this January featuring a three-year-old Texel Cross ewe mated to a Charollais ram in Ireland while another ewe made headlines in April.

The NSW-based ewe was scanned as a multiple and was one of 600 ewes lambing down to Border Leicester rams, of which 400 were carrying multiples.

"It's amazing she was looking after all six," he said.

With cooler weather forecast later this week they were concerned of the impact it would have on the flock that is run on open plains country.