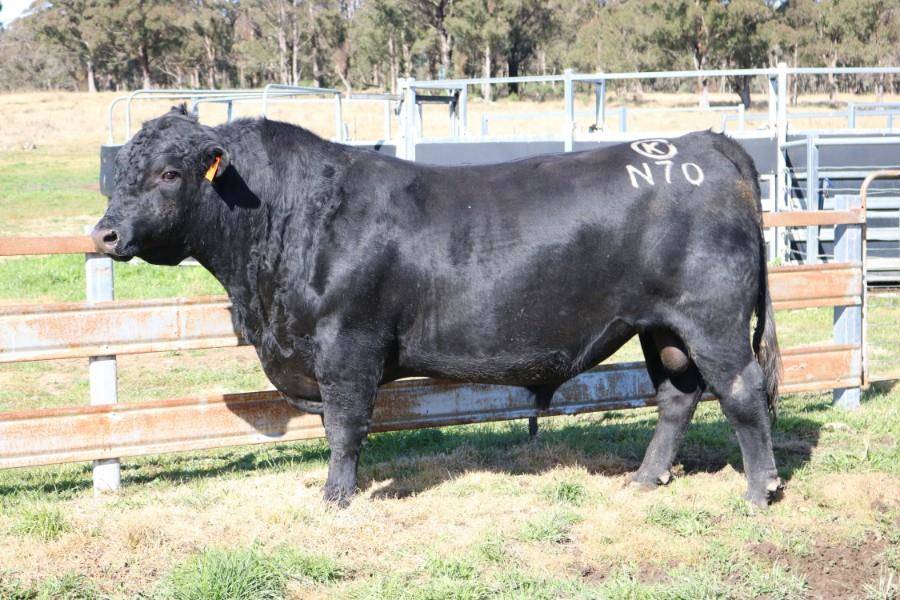 The final curtain closed on the Kilburnie Angus operation on Friday after nearly 40 years of breeding and the final performance was worthy of a rousing applause.

The stud was established in the early 1980s and became one of the first herds to be performance recorded on the National Beef Recording Scheme.

Stud principal David Murray was of mixed feelings at bidding farewell to his beloved herd but was thankful for such a successful result on AuctionsPlus.

"Some cattle sold to some very good breeders and that was true of when we dispersed the cows as well - that was nice recognition," he said. 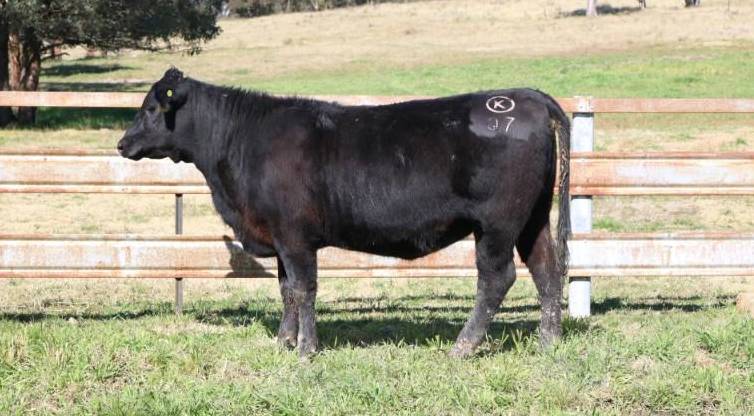 The top price female at $10,000 was purchased by Nick Boshammer, Chinchilla, Queensland, for Murray Scalehouse Q7.

"The two top bulls were both bulls we had used in our own breeding program and both sold to Hazeldean, which is pretty prestigious."

The three-year-old son of Rennylea Kodak K522 had been used in the Kilburnie herd for two years along with having progeny in the Angus Sire Benchmarking Program.

Not only was he a high performance bull and sat top two per cent for all selection indexes, but he was also relatively high accuracy.

A two-year-old son of Te Mania Longshot L107 in Murray Longshot P92 was also joining him on the truck home to Hazeldean having been used in the Kilburnie herd for his high marbling that sat top one per cent at +4.4. This was coupled with top one and two per cent for selection indexes and top 16 per cent for days to calving.

Hazeldean general manager Jim Litchfield inspected the bulls while in the region for their inaugural Tamworth sale last week and had always been impressed by the Kilburnie program.

"I've long admired David Murray's program and I think he has been an innovator in that he doesn't come from a traditional livestock breeding past but has been really objective in what he has been doing," he said.

"I've admired him for a number of years with what he had been doing and for that reason, with the dispersal of the herd, these are some of the pick of his breeding and we are keen o give them a go."

The top price bull would be used with confidence in their stud herd while the young bull was set to be a back-up in their artificial insemination program.

A total of 159 bidders registered online with 122 in NSW, 22 in Victoria, nine in Queensland, four in Tasmania.

The top price female at $10,000 was purchased by Nicholas Boshammer, Chinchilla, Queensland, for Murray Scalehouse Q7. He secured another heifer, Murray Sure Fire Q87, for $5000.

There was a lot of local support including five bulls averaging $9700 purchased by Martin Oppenheimer, Petali, Walcha.

The sale was conducted by Nutrien Boultons, Walcha, through AuctionsPlus.