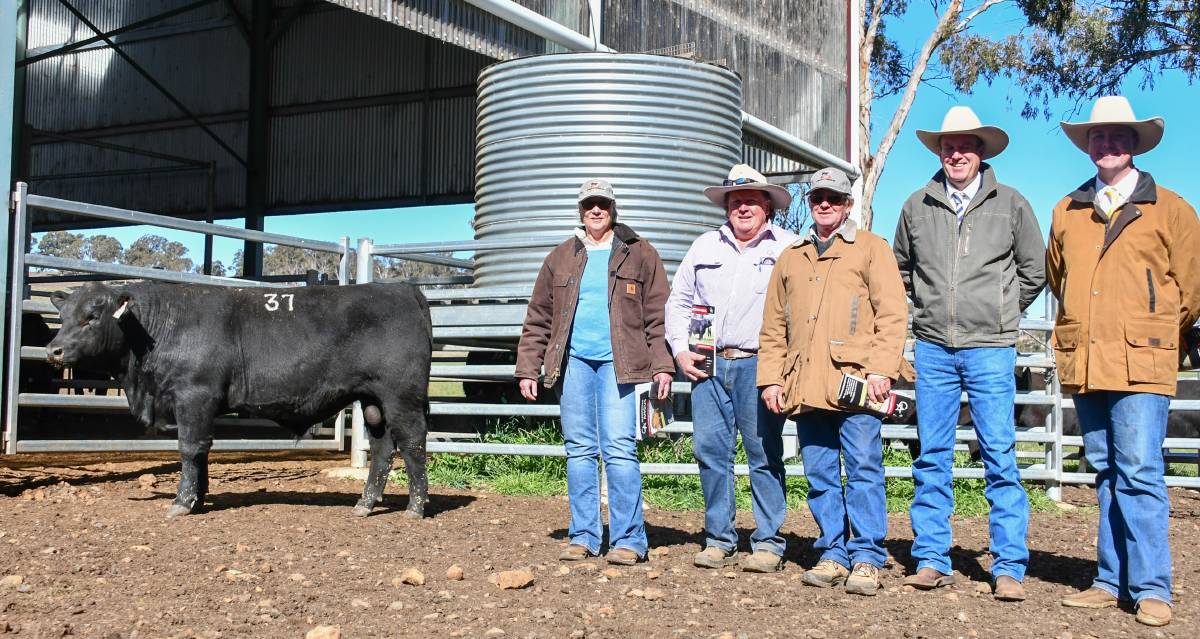 It was the Morgan family's best ever sale result.

When the Morgan family early weaned their 2020 sale bulls back in November nobody would have predicted the change in fortunes that would take place a few months later.

The Glenmorgan Angus stud achieved their best ever auction result at Llangothlin on Tuesday when all 62 yearlings sold to average $7758 and top at $16,000.

Featuring American and homegrown genetics, the pasture prepared draft of bulls were snapped up by stud and commercial buyers across Queensland and NSW with many returning impressed by the performance of the sires in recent drought.

Glenmorgan stud principal Nicholas Morgan described the result of their fifth annual sale as unbelievable and thanked Ray White agent Andrew Starr who had believed in their establishing operation some years ago. 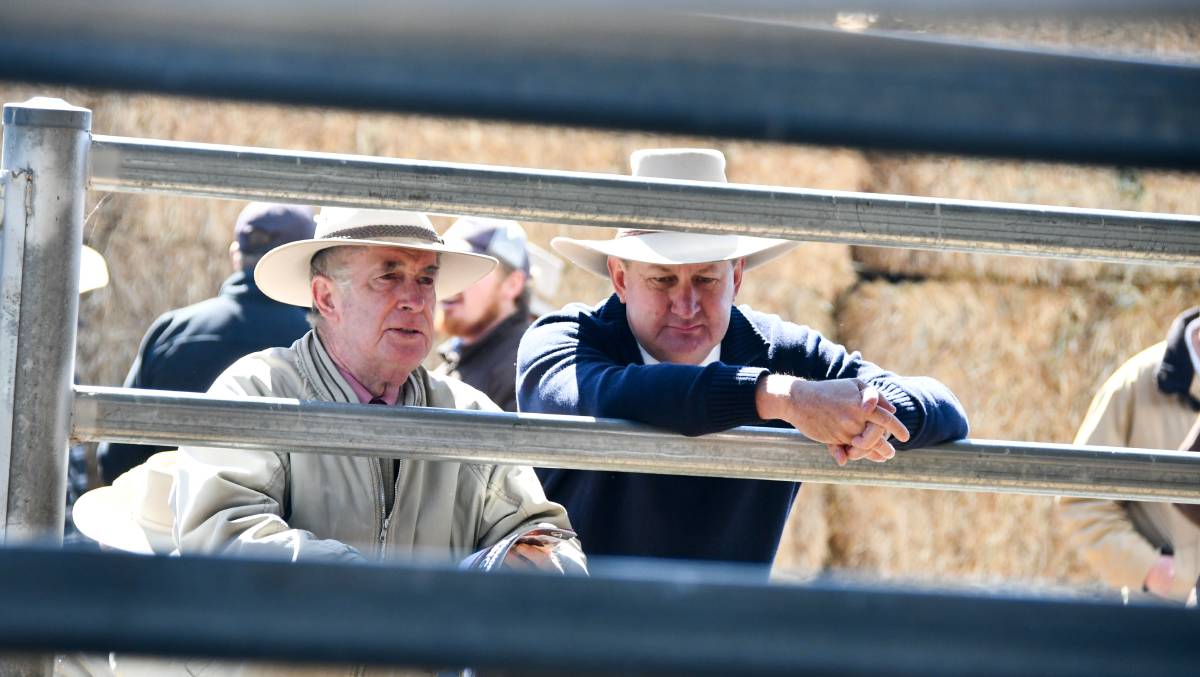 He had been searching for curve bending sires to bolster their herd that were deep, quiet and left a strong female line.

"The big goal in life when we started was to get a $5000 average, that's what we have been working on," he said.

"From last November when they were early weaned to being presented at this sale and to get such an average is amazing for their constitution.

"I've sold what's in the paddock too which there is not many left. Everything is just gone on my say which is pretty amazing thing."

They ended up paying the top price of $16,000 for the son of Sydgen Enhance out of Glenmorgan Bartel Lady L111.

While he sat in the top two and three per cent for selection indexes and in the top 10 per cent for the 200-day, 400-day and 600-day weight, it was his phenotype that was just as attractive.

He will be joined to heifers and a few cows.

"We were looking for a bull with a mix of phenotype and numbers that are useable and he has a fair bit of carcase background to him which we have always concentrated on," Mr Knox said.

"We have been using his sire on heifers and he is a bull that breeds above himself and this is probably an example of that."

"He is an extremely well balanced calf with the opportunity to grow," Ms Alexander added.

"He has a nice eye. It's hard to find in Angus bulls these days."

Bulk buyer on the day was Ryanno Pty Ltd through Ray White Livestock Armidale who secured seven bulls to average $7000.

Not far behind with four bulls was Clint Langan of Reata at Bingara who secured his four picks to average $9250.

Mr Langan purchased three bulls last year and was so impressed by how they performed and grew out in his Brangus and Ultrablack herd that he returned for more.

The bulls would be crossed over Brangus females to turn off feeder cattle.

Deep sided bulls with extra muscling and good 200 and 400-day growth figures were on his shortlist.

"We reduced a lot of our numbers and then bought in a nice big line of Paraway-bred females in June to bolster us back up again and hence the reason I am here today," he said.

"Over our Brangus and Ultrablack females we have got plenty of length and scope in them. We just wanted more thickness in them so really looking for bulls that were deep and easy doing and thick."

Castletop Pastoral Company, Rocky Creek, were successful with three purchases averaging $8333 as were Cobrabald Pastoral through Nutrien Walcha which averaged $9333.

AuctionsPlus played a key role too with bulls bound for a range of locations including Injune and Emerald in Queensland.

The sale was conducted by Ray White Livestock Armidale/Guyra with Paul Dooley as auctioneer.

Read the full report in The Land.