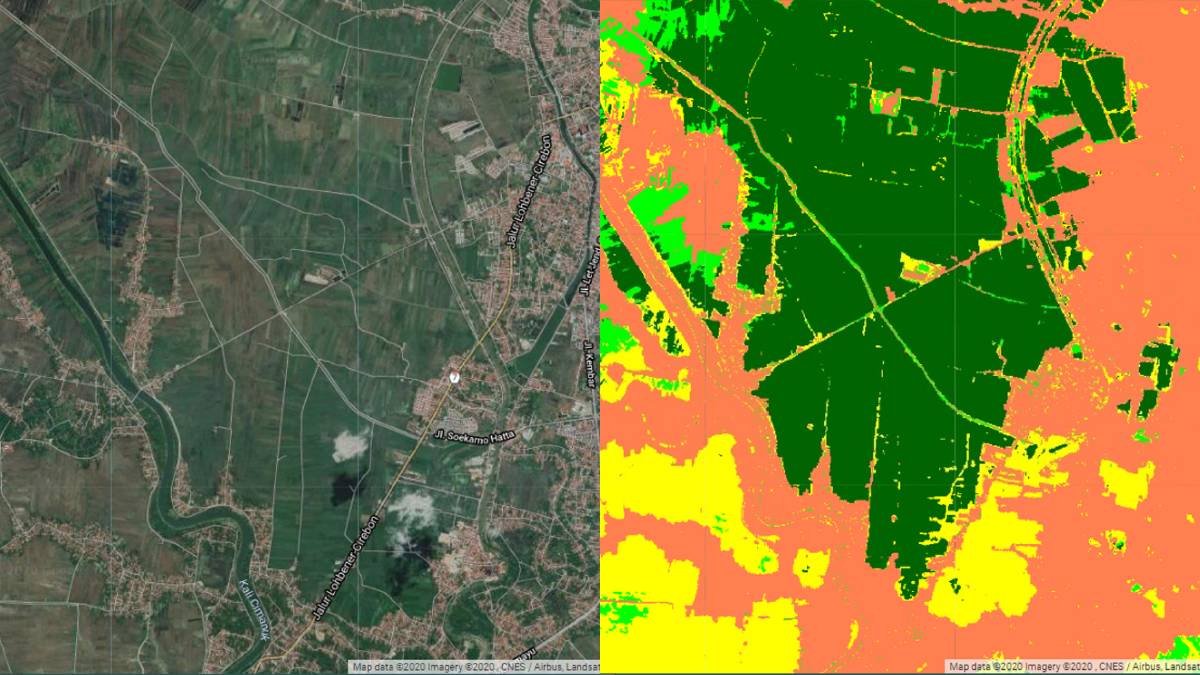 The platform, named Paddy Watch, is being developed by the University of Sydney using the Google Earth platform to help realise the Zero Hunger target of the United Nations 2030 Agenda.

Paddy Watch uses radar satellite images and new cloud technology to determine where rice is planted and what stage of development it is at.

The next steps of the project aim to be able to also predict yield from the satellite images, and inform water use.

Project leader, Professor Budiman Minasny from the Sydney Institute of Agriculture at the University of Sydney said accurate and up-to-date information on how much rice has been planted and how much can be harvested was crucial to achieving global food and water security.

"Initially the demand for the project came from my colleague in Indonesia," Prof Minasny explained.

"In Indonesia rice is a staple food and is important for food security, but they have no accurate way of knowing how much rice has been grown.

"There is a conflict in estimates from different government departments.

"My colleague asked us to find a solution."

"The beauty of radar is it can penetrate through the clouds, unlike other satellites," Prof Minasny said.

"In tropical countries, one of the limitations of the satellite image is that it's always covered in clouds."

He said the radar could track the cycle of soil moisture in rice paddies to determine how much was grown and what stage it was at.

"We are able to do that because of the computer cloud we use," Prof Minasny said.

"We are talking about hundreds of thousands of square kilometres and traditionally if you want to do that, you have to get the satellite data from the provider, download terrabytes of data and process them on your computer.

"But the advantage with the cloud computing is that every time the satellite gets new data it's put straight up in the cloud, so all the processing can be done automatically and it can therefore be updated frequently."

The real-time data generated using Google Earth will be verified by field operators in India, China, Malaysia, Indonesia and Vietnam, to ensure its accuracy worldwide.

These five partner countries make up more than 40 per cent of the world's population.

India, China and Indonesia are the world's three-largest producers of rice and together account about 60pc of total world production.

Prof Minasny said he thought the technology would also be applicable to the Australian rice industry.

"It would be much easier because in Australia we have a better idea of what's been grown and where," he said.

But can the technology be used to predict yields in other crops?

Prof Minasny said to do this you would have to know what had been planted where.

"For example if I want to make a regional wheat yield predictor I need to know which areas are growing wheat versus barley, but if this information is available it can be done accurately," he said.