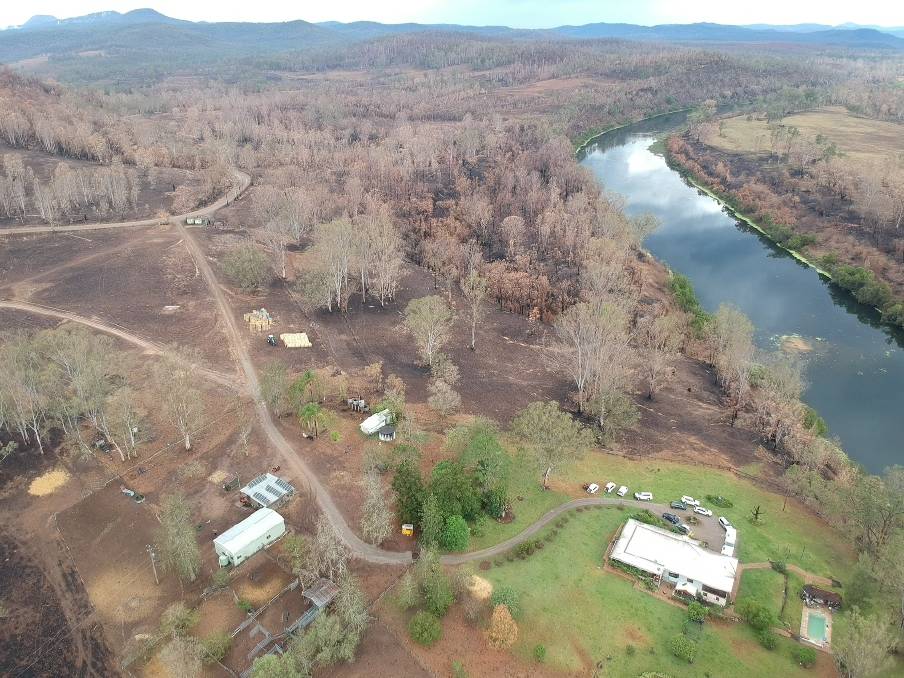 The final report of the NSW Bushfire Inquiry recommends high tech solutions to disaster defence but those on the ground say more down to earth issues need addressing first.

For graziers like Dorothy and Rod Watters, Keybarbin, on the Upper Clarence near Tabulam, the lack of phone reception is most important.

The community around Baryulgil battled blazes on all sides for three months from early September with the remote sensing at one point showing nearly 200 hot spots within a 20km radius. Communities were challenged by extreme fire events pushed by westerly winds on October 8 and again on November 19 by which time all the paddocks were charred and feed was lost. At Keybarbin 150 bales stacked for safety near the road went up in smoke. When 65mm of rain fell all at once on Christmas eve, the gullies flooded, cattle drowned and the Clarence ran black.

During each of those battles troops on the ground were flying blind.

"When the electricity goes out so does the landline and we have no mobile reception," said Mr Watters.

Two way radio on the UHF wavelength worked well in line of sight and the base station at Yulgilbar worked to keep everyone within listening range informed, but UHF doesn't travel well over steep hills.

The Fires Near Me app was not updated as often as it could have been and the names of fires were confusing when they spread so far from their ignition source. The Long Gully fire, for instance, ran up to the Rappville blaze by which time it had jumped the Clarence River and travelled 45 kilometres. People living on isolated properties like Coongbar, where a couple perished on October 8, were confused as to where the fires were actually causing the most damage. Mrs Watters was driving in the smoke of that ferocious day trying to find Gwen Hyde and husband Robert Lindsey to warn them. "I knew they were up there," she recalled. But she was stopped by the local fire captain and told to go home and be safe. The couple died when fire consumed their property.

Coongbar grazier Paul Engle said that day was confusing because the blaze came from the other side of the river, at Ewingar. The fire's path of destruction was random.

"We went with an excavator looking to find water for cattle and when we came back the whole valley was burnt. It must have taken just an hour and a half," he said.

"They tell us to listen to the ABC radio, which did a terrific job," said Mrs Watters. "But they can't keep up with the level of detail we require. That couple died because they had no way of knowing what was going on. If they had a phone someone could have rung them." 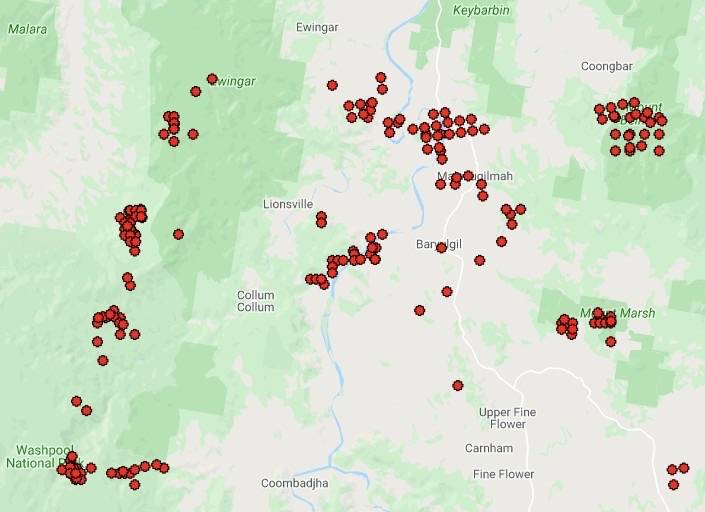 There is a win

There has been a significant change, however, in the way landowners bordering Crown Land have been treated in the wake of these devastating fires.

Keybarbin Station, which borders extensive areas of state forest, is among landholders allocated $5000 per kilometre for replacement fencing damaged in fires from late 2019. This excludes blazes that burnt near Tabulam, Tenterfield and Tingha in February. However, the help from the NSW Government is a first.

"It's the first time the forestry corporation has contributed to fencing after a fire,' said Mr Watters who lobbied extensively for the change.