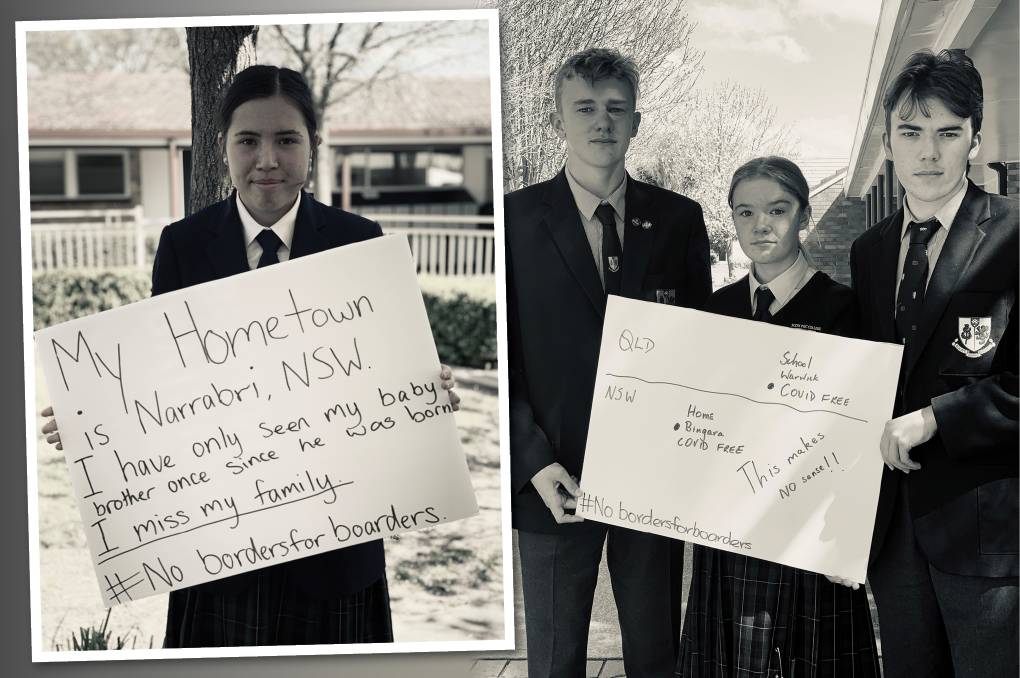 Isolated Children's Parents' Association (ICPA) NSW is calling for a consistent national approach for essential traveller status for children who must access their education interstate. 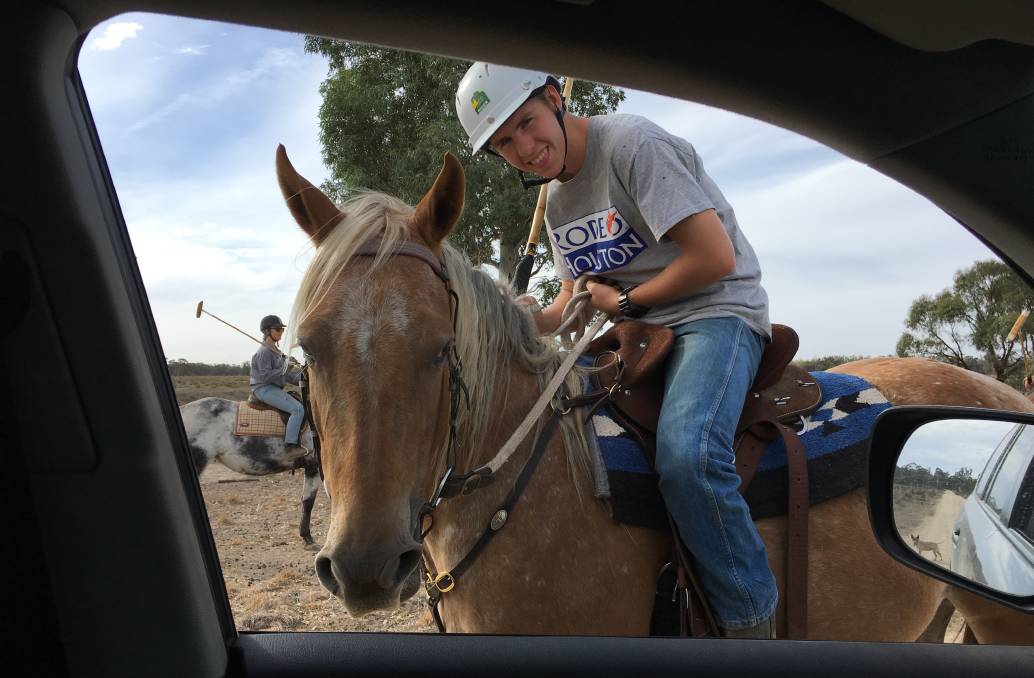 Jarvis Keogh is still in isolation at his family home near Swan Hill in NSW.

Wear a mask and travel in the backseat of the car with the window down for the 950 kilometre journey home.

You are outside the bubble while your neighbours 2km away are exempt.

Or spend the school holidays stuck in temporary accommodation on the Queensland side of the border so you don't have to quarantine and miss out on final exams.

These are just some of the impractical situations facing boarding school families whose lives have been split over the border restrictions.

It has prompted schools on all sides of NSW borders to launch campaigns for change with the hashtag #nobordersforboarders.

At the same time the Isolated Children's Parents' Association (ICPA) NSW is calling for a consistent national approach for essential traveller status for children who must access their education interstate. ICPA NSW have also surveyed 400 NSW families who are willing to have a COVID-19 safe plan in place so their children's education is not impacted.

When the COVID education rules changed in Victoria, Chloe Keogh who lives 14km from Swan Hill in NSW had to bring her 17-year-old son Jarvis home from boarding school in Geelong.

What is usually a simple four hour journey across the border turned into a massive debacle. She organised a flight from Melbourne to Sydney and as he was a minor he was exempt from quarantining in a hotel but they had to return home immediately to isolate.

On arrival to Sydney he was swabbed but the result did not come back until day 13 in quarantine.

But to add to the confusion, Mrs Keogh was instructed that her son along with another student had to wear masks and travel in the back seat of the car with the windows down for the 950km journey home.

"That seemed strange," she said.

Once home he had to isolate and they were informed by NSW Health he needed to go to his GP for a swab on day 10 but as their GP was in Victoria they could not get a permit.

"They told us they would send us a pathology slip on day eight but it didn't arrived until day 12," she said.

"They told us if he didn't get the test on day 10, by this stage it was day 12, he would have to isolate for 24 days." Her son finally got tested on day 15, which was Monday this week.

"We are worried when he goes back to school we will have to do all of this in reverse," she said.

"We have done all the right things and he has been isolating."

Their story is just one of many being faced across the state. In the north Helen and Terry McFarland from Bingara have been forced to book accommodation in Warwick for their three children for the school holidays.

They have done this so their children don't have to quarantine for two weeks in term four and their eldest son Jack does not miss out on exams in his final year of school.

Mrs McFarland said the last time the borders closed they got an exemption and the children could return to school SCOTS PGC College in Warwick with no issue.

"We have never had a COVID-19 case here and the irony is our closest COVID case is in Queensland," she said.

Closer to the NSW/Queensland border near Mungindi, Terry Murphy-Fleming can't visit her 15-year-old daughter at school in Toowoomba as they live 2km outside the bubble.

"There are two families on the same road as us that are in the bubble and we are not," she said.

"I know they have to draw a line somewhere but as far as sending kids to school in Queensland, there needs to be commonsense.

"Our local hospital is on the Queensland side, and that's where go for everything, it's our main centre but to be told our postcode doesn't match, you have got to be joking."

ICPA-NSW president Claire Butler said they had been advocating for exemptions for boarders since April, firstly with the border closures into South Australia and Queensland and more recently Victoria/NSW.

"There were no outbreaks of COVID in any boarding houses and we therefore cannot see why it cannot be done again - a precedence has already been set," Mrs Butler said.

"The boarding schools are all doing the right thing by adhering to the strict guidelines that govern them. They can provide a safe corridor to transport children to the NSW border to meet their parents, to spend time at home in isolation and then return straight back to school once the holidays finish."

SCOTS PGC College principal Kyle Thompson said schools wanted the government to allow boarding students to cross the border to return to and from school.

And if requested, he said families would provide statutory declarations in relation to their movements and would undertake any mandatory COVID testing.

Mr Thompson said they had 47 NSW boarding students, with a large majority who reside outside the border bubble.

"These students are facing the prospect of not returning home for the holidays in order to be able to continue their schooling in term four," he said.

If they do choose to go home, he said they would be required to enter mandatory isolation at a government facility for two weeks at their own expense.

Alternatively, he said the Chief Health Officer would allow students to self-isolate in the boarding house in rooms with individual ensuites, which was a request that no boarding school could cater to.

The school is planing to share a social media post each day to try and put some faces to the boarding students who are affected by the border restrictions.

"We are hoping that our messages reach the appropriate government officials who have the power to reconsider the restrictions and make some changes," Mr Thompson said.