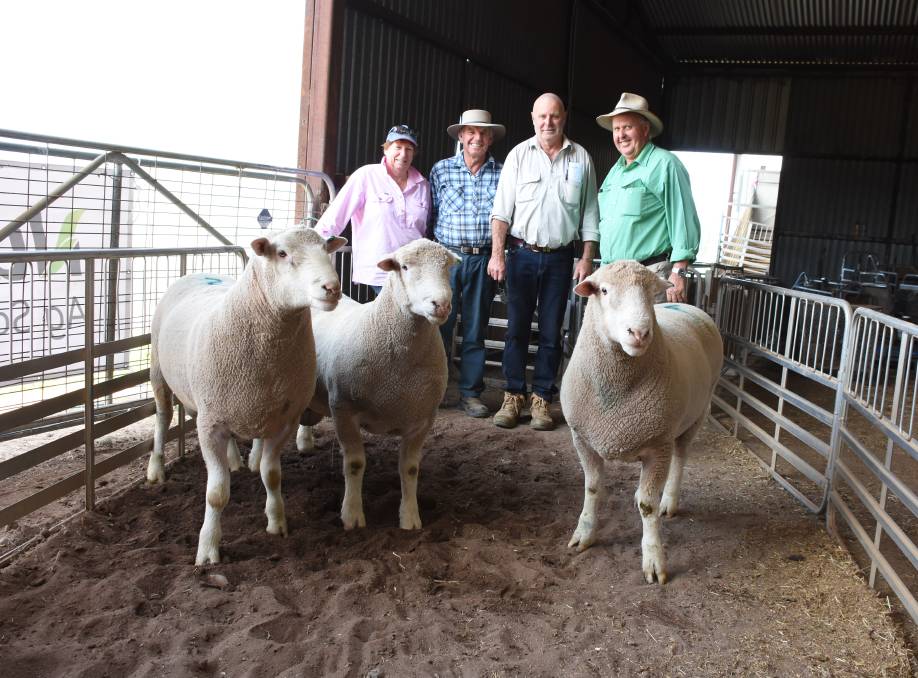 The 100 per cent clearance of 126 Poll Dorset rams left Graeme Hibbard of Deepdene stud quiet emotion during their 24th annual on-property sale at Narrandera on Friday.

The sales result was considerably higher then last years sale when 148 rams averaged $1157.

We are first time buyers of Deepdene and are excited to join them over our first cross ewes to turn over the prime lambs for both market and hook," he said.

Mr Martin also purchased a further two rams for an overall average of $2667. 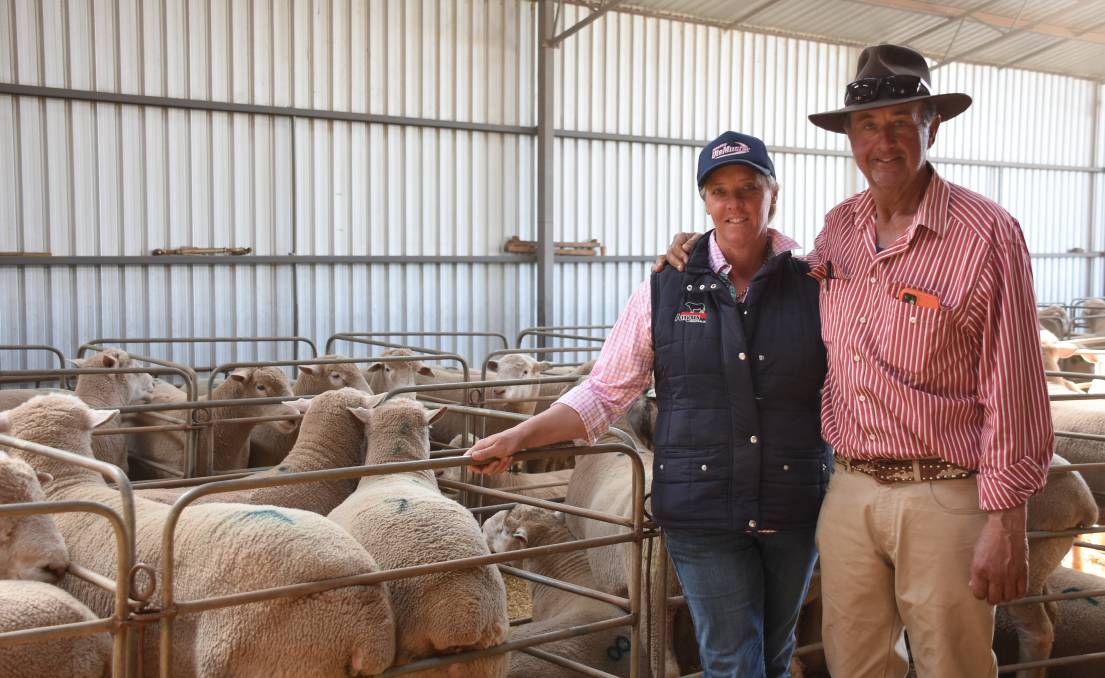 While new clients were evident, return buyers were a feature of the sale which saw Doug and Michelle Brunskill, Oura, put together a draft of 15 rams paying a top of $2800 to average $2247.

Mr Brunskill had been purchasing Deepdene bloodlines for three years for their overall correctness and their all over natural condition.

"They are honest sheep, not fed up but presented well," he said.

"We were chasing rams with good length and structurally sound."

Notching up more then 20 years of buying from Deepdene, Chris Wilson, Oivi, Wantabagery, purchased nine rams paying a top of $2900 on three occasions to average $2789.

Mr Wilson was attracted to his selections for their outstanding conformation backed up by Meat Index figures.

"The rams have been giving me great prime lambs and we are always in the top prices when they are sold," Mr Wilson said.

Dessaua Pastoral Company, Boorowa and Hutchins farms PTY LTD, Narrandera both put together five rams each to average $2180 and $1940 respectively.

Speaking after the sale, Deepdene principal Graeme Hibbard said he was extremely overwhelmed with the results of the sale.

The sale was conducted by Nutrien with Peter Cabot as auctioneer.