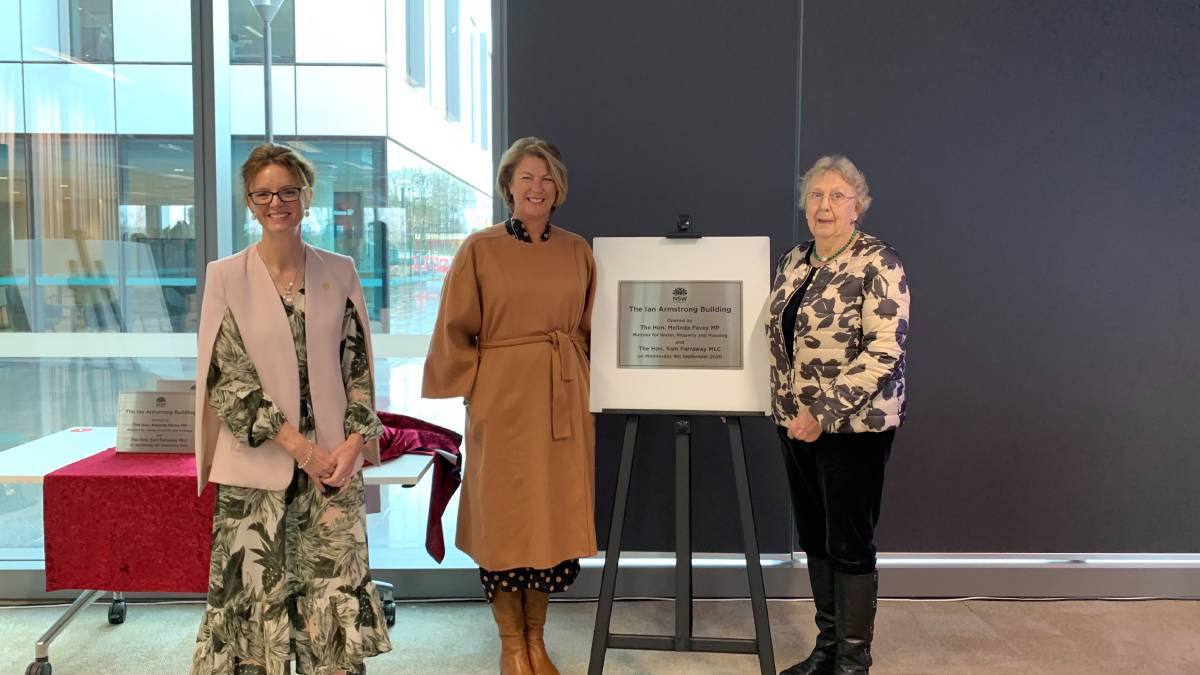 And that historic move to Orange was recognised yesterday in the unveiling of the Ian Armstrong building.

The new office in Orange will be home to staff from the Department of Primary Industries, Planning Industry and Environment, Regional NSW, Premier and Cabinet as well as Education.

"Ian Armstrong led the charge to relocate 500 departmental employees in 1988 - the biggest and most successful single departmental relocation in Australian history, bringing public servants closer to the people they serve," Mrs Pavey said.

"At the time, the state was facing significant economic headwinds. Following the move the city's unemployment rate stabilised to 4 per cent below the national average during those recession years and $20 million was pumped into the local economy.

"This building is a fitting tribute to the father of decentralisation, today accommodating 800 public sector employees, providing a long-term boost for the regional economy."

National Party Duty MLC for Orange, Sam Farraway, said the new headquarters signalled a major investment in the growth and development of the region.

Staff are expected to move into the building in October.