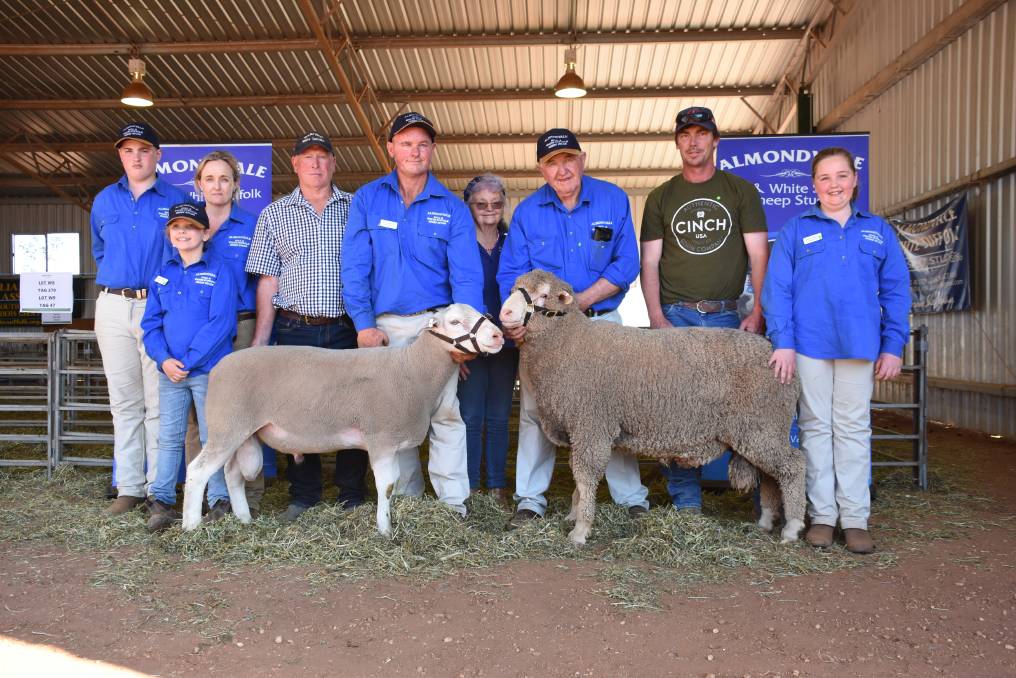 Buyers flocked to the Almondvale sheep stud's sale at Urana on Friday.

With a large crowd attending their keen bidding pushed a poll ram to top the sale at $3750.

The word around the crowd was the Routley family had presented their best line up of rams this year and many buyers commented that the wool on the poll rams was both very stylish and wearing extremely well.

In the breakdown, 65 poll rams were offered with 59 selling for an average of $2255 while all 90 White Suffolk rams sold to a top of $3000 and averaged $1515, with many return clients plus new buyers in attendance.

"We are proud of them (the rams) and how they have lined up," Mr Routley said.

"We have spent a lot of money and time on continually improving our genetics and our sheep, and it is certainly paying off, with results and comments which we have received." 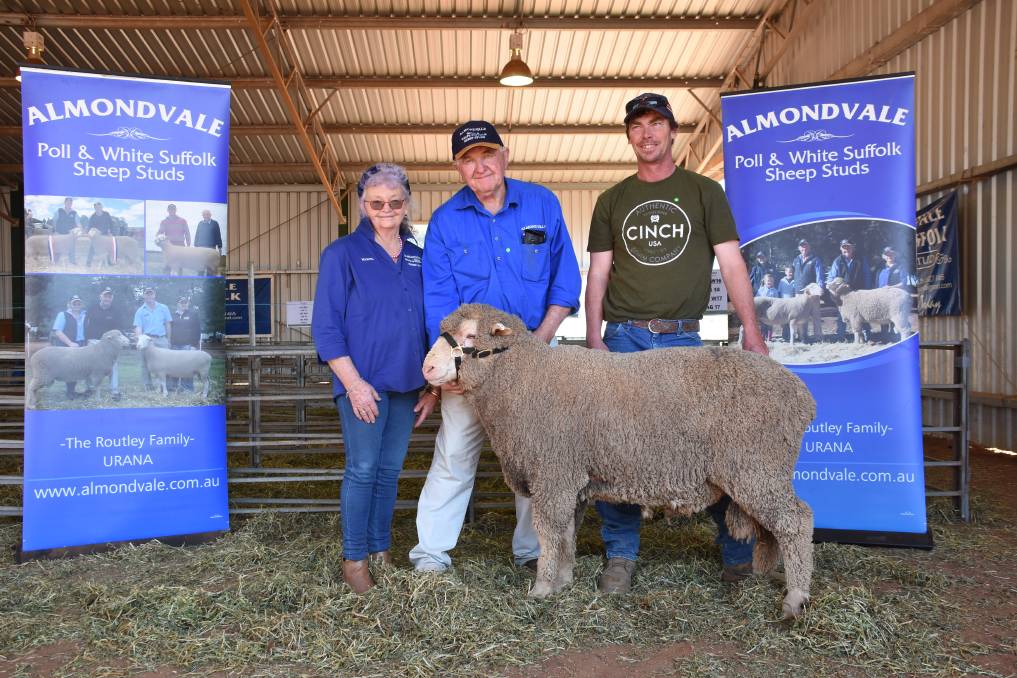 Mr Shore had been purchasing Almondvale genetics for more than 30 years because they kept performing.

"We were chasing greasy fleece weight and fine microns to continuing building flock numbers," he said.

His top choice measured 18.0 microns with a body weight of 100 kilograms and 110 for greasy wool percentage.

He was chasing rams with good eye muscle area and great length in his two White Suffolk rams. 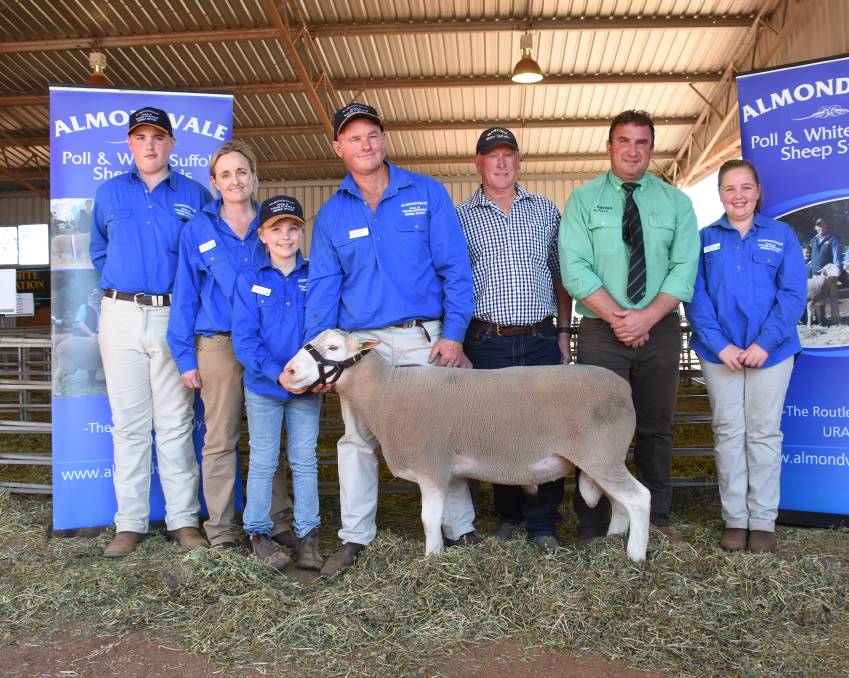 Topping the White Suffolk draft and heading off to stud duties was Almondvale, tag 169, who was purchased by Doug Combe, Manfred White Suffolk, Hay.

Mr Combe said he was a very well put together ram with good depth in his hind quarter, length of loin and great neck extension.

The sale was settled by Nutrien with Peter Cabot and Tim Woodham tallying the bids.

Read the full report in next weeks edition of The Land.