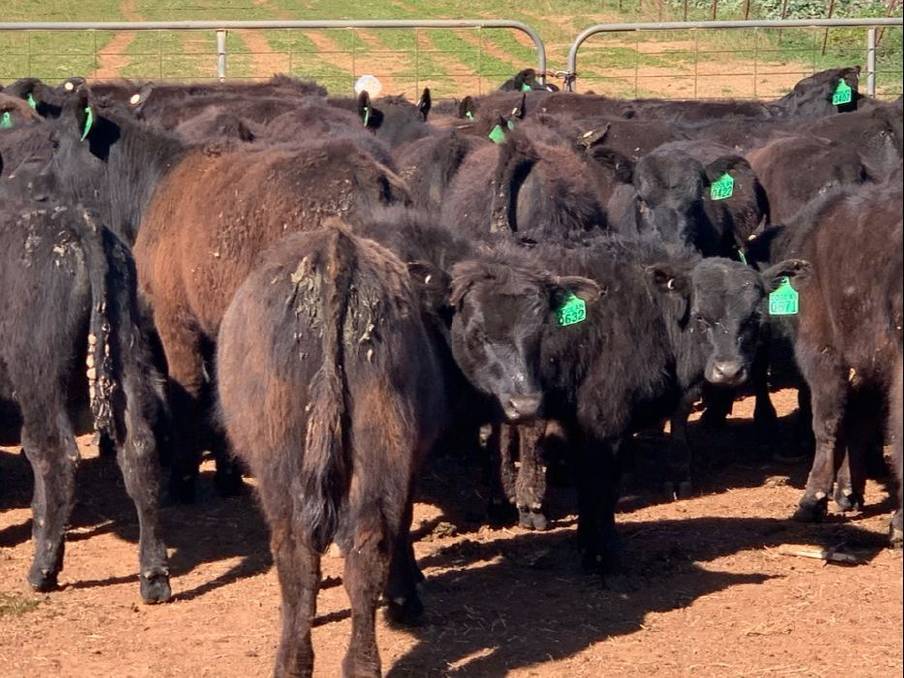 Seven- to eight-month-old Angus weaner steers hit a market high of 629.78c/kg during the FarmGate Auctions sale on Friday.

The special store and feeder sale on FarmGate Auctions achieved a 100 per cent clearance and strong prices across all categories.

AS THE price of young store cattle remain strong in the saleyards, weaners sold via online auctions have soared to a high of 629.78 cents a kilogram on Friday.

The special store and feeder sale on FarmGate Auctions achieved a 100 per cent clearance and strong prices across all categories.

The standout offering were 90 seven- to eight-month-old Angus weaner steers which hit a market high of 629.78c/kg.

They were sold by Ambrose and Lisa Doolan, Toorawandi, Coonabarabran, who decided to give the FarmGate Auctions platform a go following advice from their agent Chris Korff of Ray White Korff and Company, Coonabarabran.

Mr Korff said the sale represented almost the complete drop of 2019 calves, except for some heifers which had been retained.

"They had been running on crop and improved pastures, however had been weaned early in February due to the season," he said.

Mr Korff said the calves sold to the New England region, while others went to Goulburn and over the border to Wodonga.

"It was a successful, well supported sale," he said.

"We had a lot of interest leading up to the auction with the promotion the FarmGate Auctions platform afforded us.

"The diversity of buyers and underbidders is encouraging and we are thankful for that support.

"The Doolan and Hain families supplied quality cattle that were well bred and presented for sale.

"The hard work and dedication put in by vendor, agent and FarmGate Auctions is reflected in the prices achieved in this morning's successful sale."

Mrs Doolan said the sale was exciting to watch.

"We were pleased that the sale didn't drag on for hours. It was a great result in a short period of time," she said.

FarmGate Auctions reported more than 110 buyers which drove stiff competition to result in purchases being made from across NSW and Victoria to regions such as Berrima, Wangaratta, Shepparton, Narrabri and Guyra.

FarmGate Auctions has now held 23 auctions to date and will be gearing up for its first anniversary sale on October 9.