A video of WA farm has racked up almost three million views on YouTube. 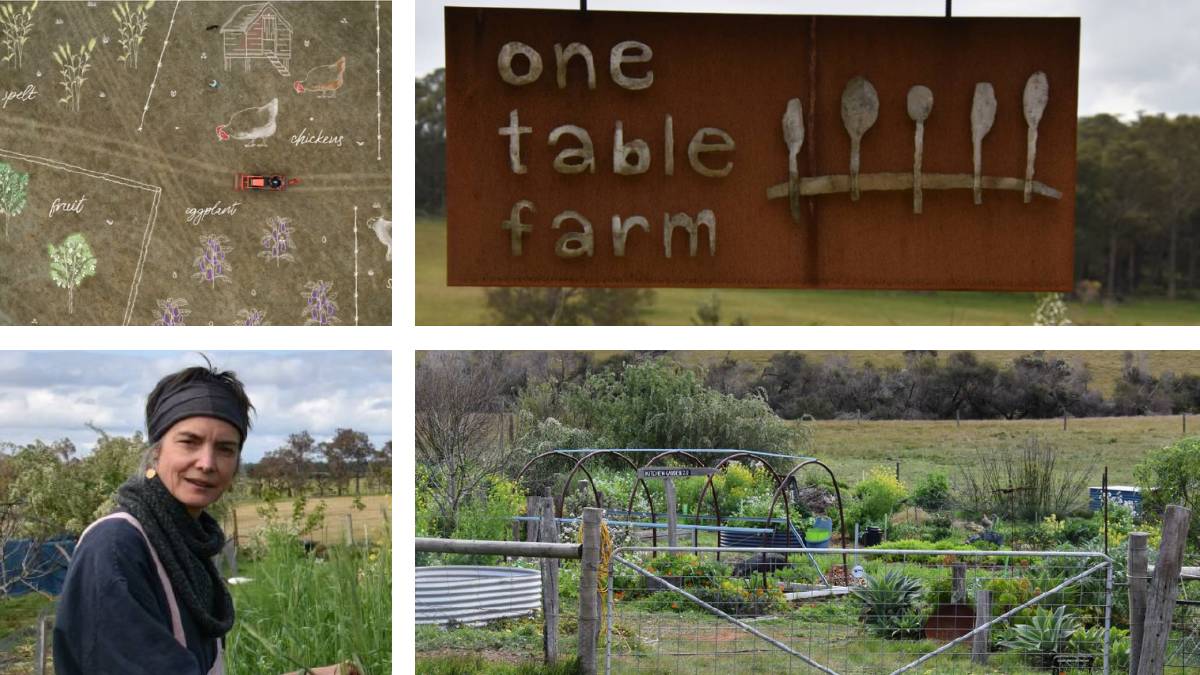 Cree Monaghan and her husband Tim Hall have become YouTube sensations - and frankly, it's a bit of a mystery to them.

Their reality is even more dependent on YouTube than you could ever imagine. Had it not been for instructional videos on YouTube, the farm would not exist.

When the couple bought their property at Cowaramup (near WA's Margaret River) six years ago, they had little idea how to turn their 40 hectares into an operational, regenerative farm.

What was to become One Table Farm was a patch of dirt - no more. There was no home; no water; no electricity and no pipes. 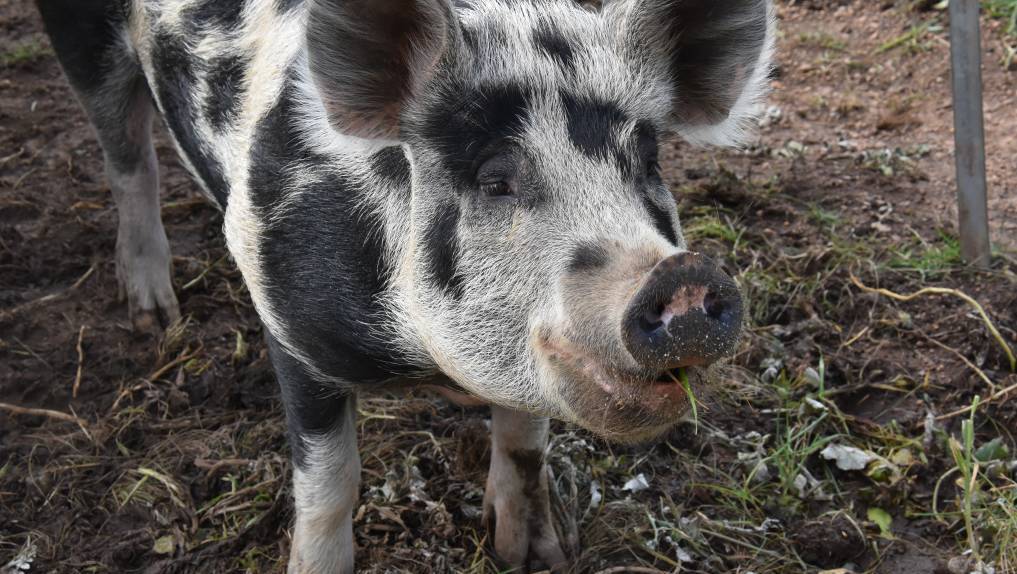 Cree Monaghan and her husband Tim Hall had no real idea about farming before they started.

A newspaper article alerted YouTube to the couple's dependency and they tried contacting the farmers for months on end to see if they were interested in filming a video to share their story.

But, Cree and Tim were wary, thinking the emails were spam.

"We ignored them for about three months then they stalked Cree on Instagram and tried a number of different ways to get us to pay attention and that it wasn't just junk mail it was real," Mr Hall said

"When we first spoke to them they weren't committing to anything because they were talking to 500 different businesses to do these learning stories.

"We thought it would never happen then they told us they would like to do it and that they would be here in early January."

A crew from Sydney and Perth travelled to the farm to film Ms Monaghan and Mr Hall, to tell their story about how they used YouTube as an education tool.

When YouTube released the video in May, 2020 it racked up millions of views.

"It was pretty exciting and surreal, the whole thing right from the outset from them coming to do it," he said.

"We did not know the gravity until they wrote to us asking for accommodation suggestions because they might have up to 25 people coming," Ms Monaghan said.

"The day they released it they had us alternating with Powderfinger which was their main headline story, we got way more views than Powderfinger."

One Table Farm is a climate change-aware farm, the couple have set up regenerative principals and offer sustainable farm tours, paddock-to-plate cooking classes and sourdough workshops.

"We had been living in the city going about our usual jobs quite busy thinking that we really wanted to look at an alternative, certainly to raise the kids," Ms Monaghan said.

"I love growing food and cooking and loved the whole idea of having an integrated farm and doing it in an organic way.

"We found this and bought it and started to plant the orchid on here.

"We did not buy something that had a house it had nothing, there were no pipes, you could not get water anywhere, there was no electricity, nothing.

"That is where naivety showed and reality set in so it has been a lot of working and a lot of learning." 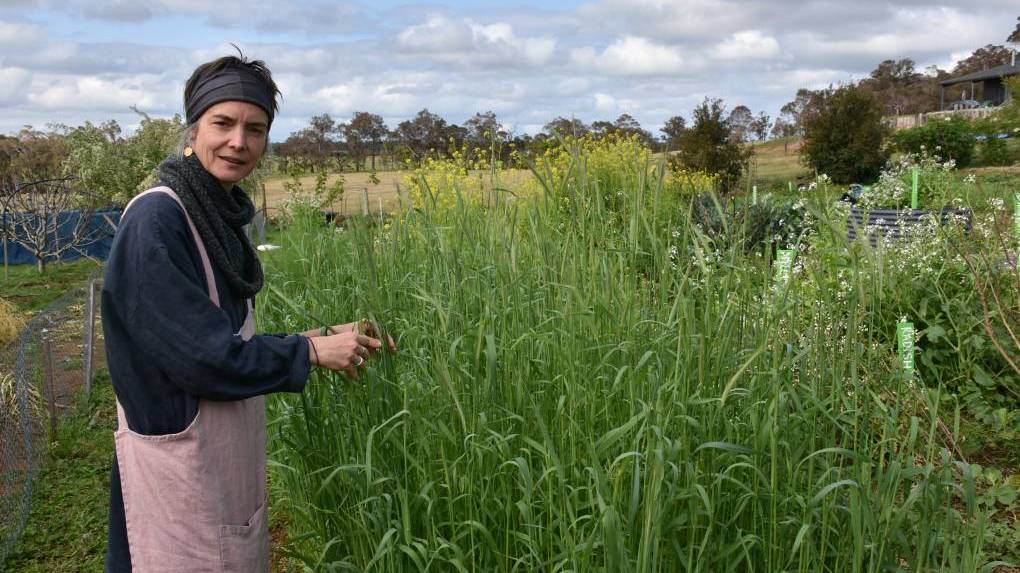 Ms Monaghan and Mr Hall share their farm and what they have learnt as much possible.

"If we run this farm in isolation and don't share it with anybody, then it doesn't reach its full potential," Ms Monaghan said.

The couple wants to expand their farm vision through collaboration with people with a similar ethos - be that a 'biggest little farm' model, or, small boutique industries such as a market garden extension, bush food production or ancient grain growing for bread making.

YouTube Asia Pacific culture and trends manager Ashely Chang said Cree and Tim were a great example of people following their passions and using YouTube to learn along the way.

"Cree and Tim are locals who used YouTube to learn and follow their passion - helping their community and our planet through their self-built, regenerative farm," he said.

"Not only are they giving back to the land they work, but they're passing on sustainable practices through their climate aware cooking school.

"They are just one example and one story. YouTube enables anyone, anywhere, at any time to access information."

Margaret River Discovery Company owner Sean Blocksidge said Cree and Tim's story was remarkable, but what blew his mind was how many people have watched their video on YouTube.

"It has to be the most successful reach we've ever had for promoting anything from the Margaret River region.

"By comparison, a successful Margaret River region YouTube video would be doing amazing if it reached 10,000 views.

"Nearly three million views for a tiny farm business is insane. We owe them all, including YouTube who created the video, big high-fives for sharing their story and promoting the Margaret River region in a time when most businesses are struggling."

The story The farmers who beat Powderfinger to become YouTube sensations first appeared on Busselton-Dunsborough Mail.