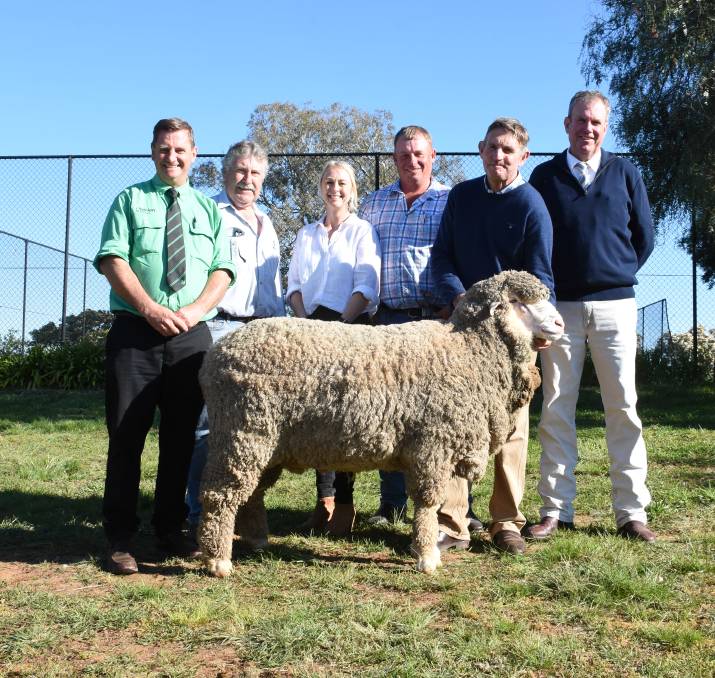 A large gallery of committed Merino breeders attended the annual Yarrawonga Merino and Poll Merino sale on account of the Phillips family, on Monday.

Studmaster Steve Phillips said it was an incredible sale with a very strong contingent of stud buyers.

"We had a lot of new buyers and repeat clients, with rams heading off to four states, our sheep are performing well so producers are paying a bit more for quality," he said.

"It is also encouraging to see people are chasing heavy fleeces of nourished wool on large frames.

The first ram offered hit the top price at $16,000, and was snapped up by Kristen and Anthony Frost, Thalabah Merino Stud, Laggan. 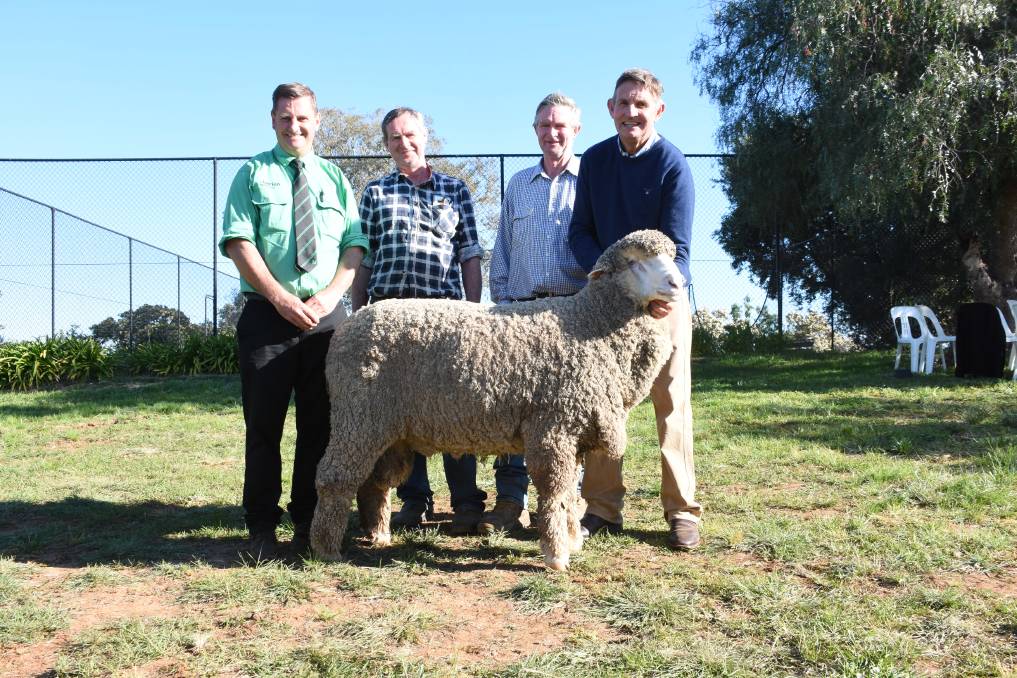 Kristen Frost said it is very hard in the current time to find a double p testing poll with such good feet, legs and balance. There aren't a lot of these types of sheep for sale.

"The ram will be joined over our top Thalaba horned and existing poll ewes," Ms Frost said. "He has a great outlook, stands extremely well with a productive fleece to go with it.

"We think the wool will work well with the Thalabah type and we were lucky enough to source a sheep like that on our doorstep."

Also going off to stud duties was the $11,000 second top-priced ram Yarrawonga tag 1894, an ET polled ram sired by Yarra 1162 who was purchased by Pat and Andrew Davis, Demondrille Merino Stud, Harden.

Demondrille's Pat Davis said they were looking for a pure poll as they have decided to start breeding poll rams to meet client demand.

"The ram was structurally sound, had outstanding correctness throughout and his wool quality is of similar quality to our Demondrille bred," he said.

The third top-priced ram was the first horned ram on offer and was sold to return buyer Scott Readon, Rockford, Bothwell, Tas for $10,000.

"His structural correctness and wool type is where Scott is going with his rams," he said.

"I have been buying for Scott for a number of years previously purchasing the $20,000 top price poll ram as we are not bias on either poll or horned just chasing the ram that will fit the bill."

The competition from start to finish was reflective of the rams on offer, as was the volume buying, particularly by local clients, Beggan Beggan Pastoral, Beggan Beggan, who purchased 22 rams for a $2682 average.

There were 80 registers bidders in attendance and 13 registers buyers online, with 17 lots sold via the StockLive platform and 105 online viewers.