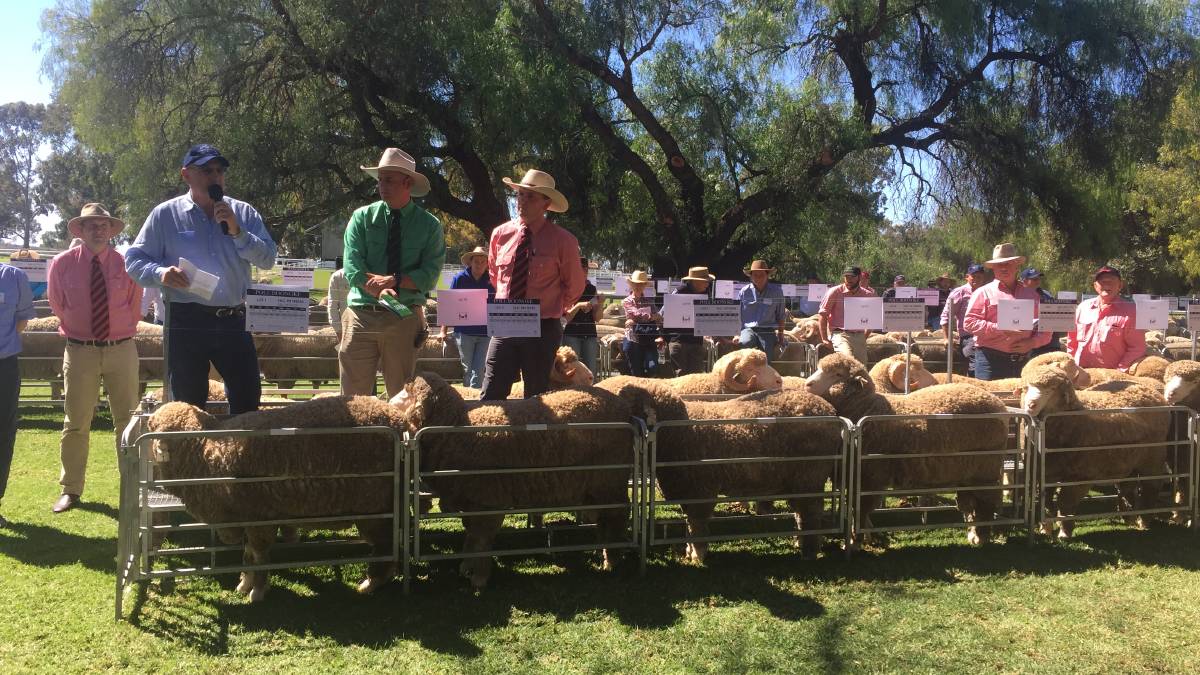 There was a buzz around the pens at Boonoke when a Poll Merino ram sold for $65,000 in private sale.

There was a buzz around the pens at Boonoke, Conargo when it was announced a Poll Merino ram bred in the Poll Boonoke stud had been sold privately for $65,000.

The ram had been listed to be offered during the Adelaide Ram Sales, but due to COVID-19 restrictions it was withdrawn.

The ram Poll Boonoke 190678 was an AI lamb sired by Willandra Poll 170018 and was purchased by George Falkiner, Haddon Rig, Warren.

Haddon Rig stud manager Andy Maclean said he and stud classer Stuart Murdoch had seen the ram when it was on display during the recent Dubbo ram sales.

"We were impressed by the conformation and balance of the ram given his size," Mr Maclean said.

"At Haddon Rig we have made a big investment in the Poll stud and we believe our new sire will give a big boost to our solid base."

Mr Murdoch considered the ram had a lot of presence and was well covered with a very stylish fleece.

"His wool is a true medium type, which fits perfectly with the Haddon Rig type," he said.

"He is a really well grown sire and weighing 140kgs he is very correct for a two-tooth ram of this size."

There was a one hundred percent clearance of 200 rams at auction.

Top price was $13,000 paid by Ross and Irene Wells, Willandra, Jerilderie for their pick of the Wanganella draft.

Western Australian stud breeders A.E Patterson and Co, Woolkabin stud, Kattanning added to their genetic depth with the purchase of a Wanganella-bred ram for $12,000.

Bought on their behalf by stud breeding consultant Forbes Murdoch who thought the ram had great wool quality and was very well balanced.

"He stands proudly, and has a long-stapled beautifully soft and deeply crimped wool," Mr Murdoch said.

Peter and Paul Routley, Almondvale, Urana added two Poll Boonoke rams to their sire battery: one at $12,000 and the second at $11,000.

H.W and E.J Rowling, Ungarie paid $11,000 for their choice of the Wanganella draft.

The auction was settled by Nutrien Ag Solutions with auctioneers Peter Godbolt (Nutrien) and Nick Gray (Elders) taking the bids.