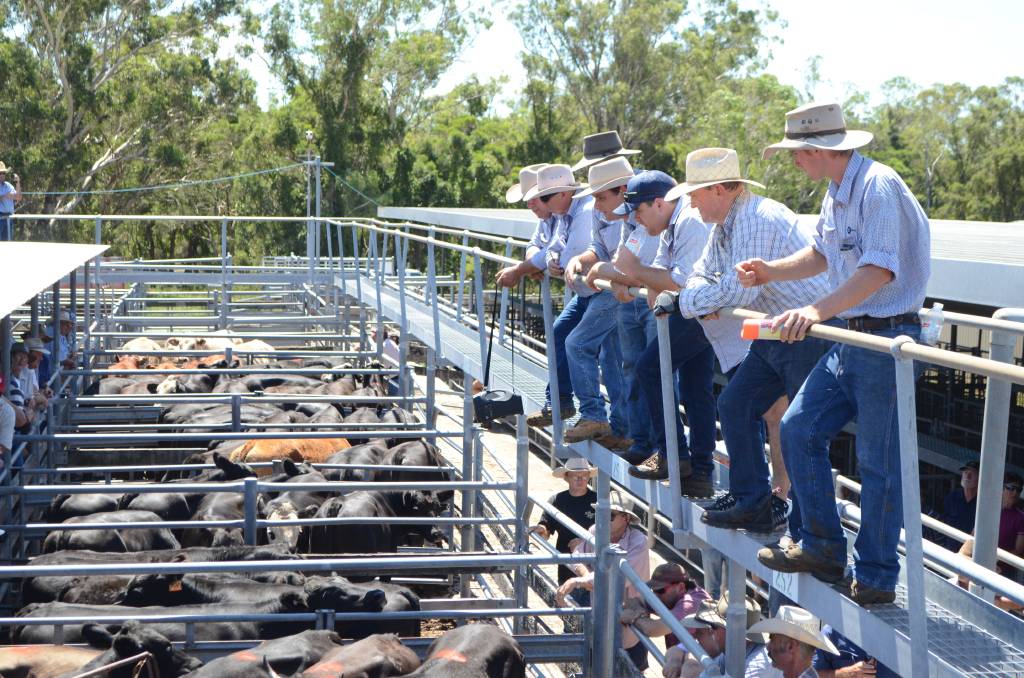 The market was strong for the quality lines of pregnancy-tested-in-calf females yarded.

Buyers' appetite for quality breeding females pushed in-calf heifers to $2625 a head and cows with calves to $3000 a unit at the Maitland store cattle sale on Saturday.

Bowe and Lidbury agent Michael Easey said there were 1000 head offered and the market was strong for the quality lines of pregnancy-tested-in-calf females yarded.

Tigrah, Gloucester, sold PTIC Angus heifers for $2625 to T and T Rural, while Peter Redgrove, Singleton, sold a run of Angus weaners that averaged a healthy $1425 a head.

M and T Anderson, Clarence Town, sold Hereford/Holstein cows with calves for $3000 a unit to Bill and Pat Milton of Millers Forest.

The buyers travelled from as far as Moss Vale and Tamworth to compete with strong support from the Upper Hunter and local buyers.