THE 32nd annual Tara Park Merino Ram Sale hit a $10,500 high today at Boorowa, with the high-seller off to stud duties.

Overall the Evans family sold 98 rams of the 100 offered, resulting in an average of $2521 that is on par with last year's results.

A repeat buyer at Tara Park, Mr King said the overall make and shape of the ram drew him in.

"He has fantastic wool and great staple length and density," he said. 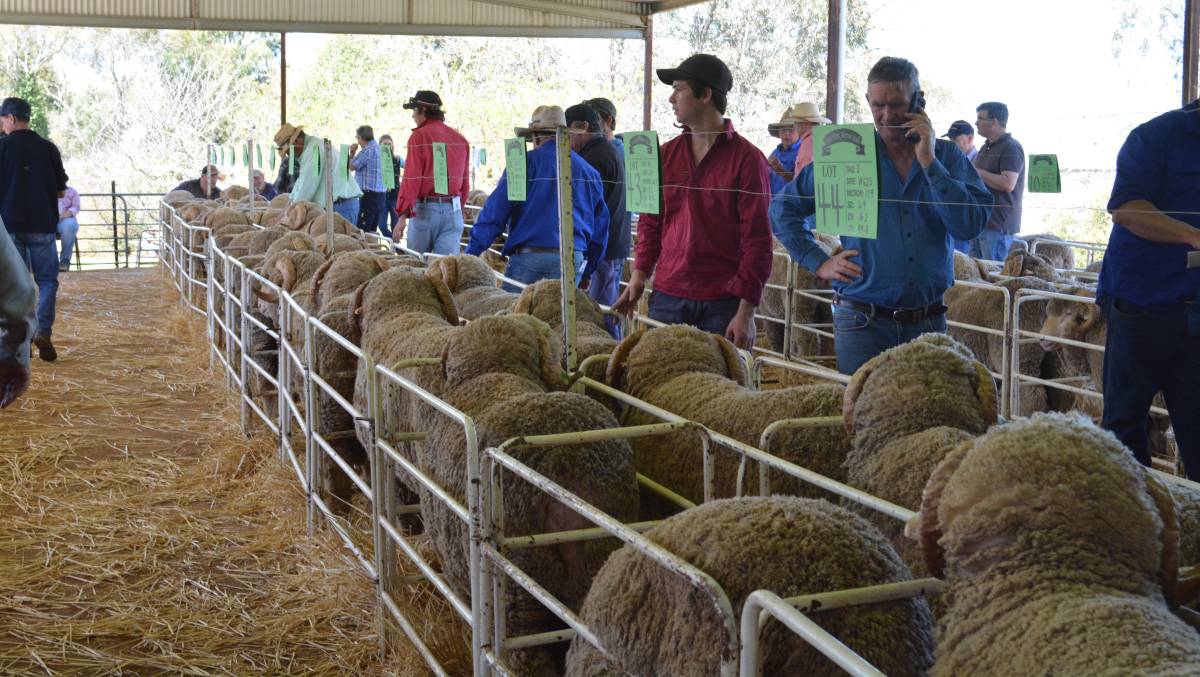 Stud and commercial sheep breeders featured among the list of buyers at the 32nd annual Tara Park Merino Ram Sale today at Boorowa.

The second top price of $6000 was made when Tara Park 71 went under the hammer, finally being knocked down to Overlea Holdings, Collendina, Corowa. Tara Park Merino studmaster Guy Evans welcomed everyone to the sale and congratulated his clients on recent successes in the 2020 Boorowa Flock Ewe Competition.

Other woolgrowers from the Boorowa region were active and took home a number of rams including DJ and KF McGrath, Clearview, Boorowa, and Clearview Partnership, Boorowa, who bought five rams each and averaged $2600 and $2900, respectively.

Tara Park studmaster Guy Evans said they were happy with the result, with both repeat and new buyers active in the buyers list and a lot of the top rams sold into studs. Brian Mattiske and Neil Mattiske were both buying rams for their sheep enterprises at Forbes.

Interfaced with AuctionsPlus for the first time, eleven rams sold via the platform including a number sold to interstate buyers.

Victorian based IG and RJ Foletta, Benalla, purchased two rams for $2750 a piece.

The sale was conducted by Nutrien and Elders, with Rick Power, Nutrien, as the auctioneer.

Full report in this week's The Land newspaper.