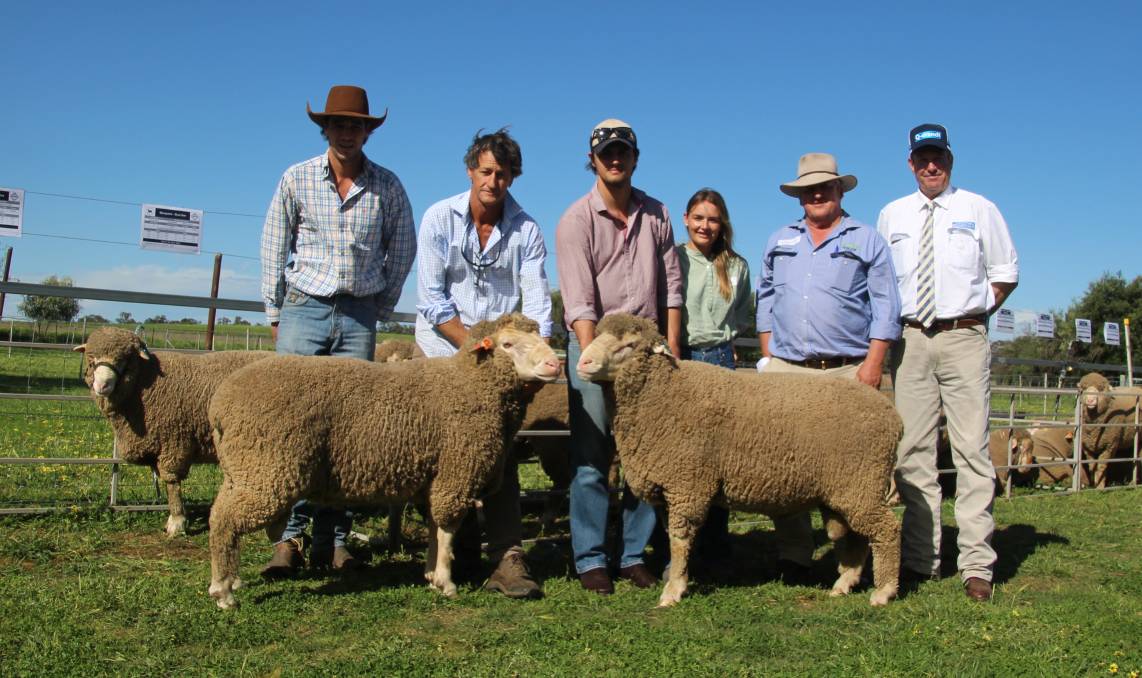 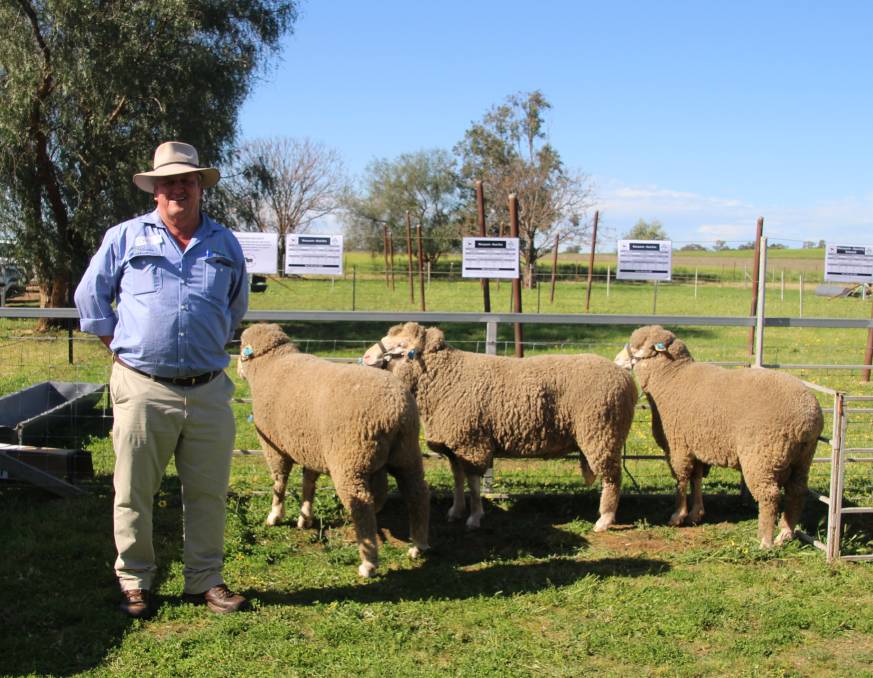 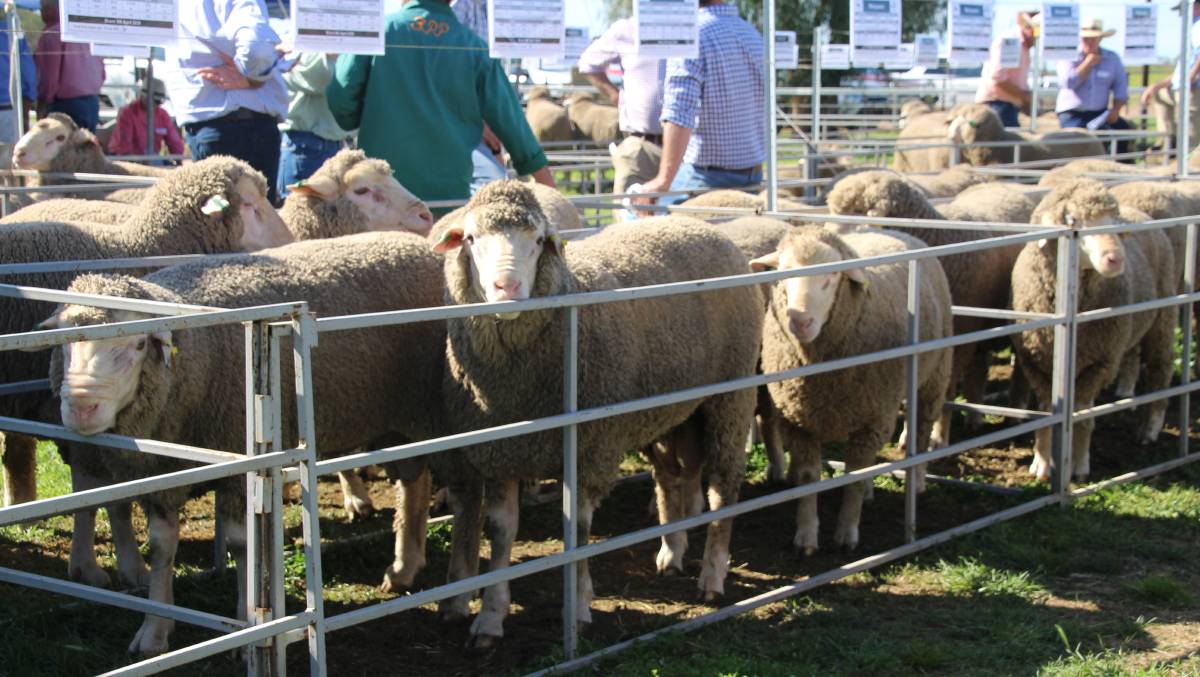 A draft of consistent rams were offered at the 17th annual ram sale at Macquarie Dohnes ram depot at Ballimore.

Macquarie Dohnes recognise the importance of maintaining the true beliefs of the breed and refuse to sacrifice growth rates, carcase shape and quality, fertility and hardiness for other traits.

This focus was easily seen by the crowd who attended the on-property sale at Ballimore on Monday.

Rams were sold to New South Wales, Victoria, Tasmania and South Australia and bidding started as convincingly as it ended for the very even draft of rams.

Twenty-four bidders onsite were joined by 41 registered bidders and 39 viewers on AuctionsPlus.

The first ram to hit the top mark was two-year-old MD180185 from the Ace family with Australian sheep breeding meat values (ASBV) figures for post weaning weight of (PWT) 5.0, eye muscle depth (EMD) of 1.2 and fat of 0.2 and wool ASBV figures of yearling clean fleece weight (YCFW) of 8.2, yearling fibre diameter (YFD) of -1.2 and yearling coefficient of variation of fibre diameter (YDCV) of -0.2.

Heading to Walgett was MD180050, from the Empire family that was known for their exceptional structure, length and depth of body.

There were a number of new buyers at the sale including John Collins who took home one ram for $1500.

Scott Warby had purchased flock rams previously but it was his first time at the sale.

Volume buyer and return client since about 2003, the O'Brien Family Trust, Cryon Station, Walgett took home a draft of 19 predominantly Empire sired rams with a mix of for an average of $2079 and top of $3500 twice.

"The world hasn't woken up to how good these Dohnes are," Mr O'Brien said.

Return purchaser Michael O'Brien, who has been associated with the Dohne breed for about 20 years was very happy with the breed in his climates.

He first came across the breed at a local field day in Walgett.

"I thought to myself, this is what we need out here," he said.

"All of the rams put up for sale here are good rams, some a little better than others but all good.

"You can go home knowing what is is onboard is going to do the job for you. That's the confidence we have in these breeders."

"Every year the quality has been getting better and better," he said.

"The last few years have been the toughest and these sheep have come through to the right side of it."

"With the amount of rain this group of sheep have had and to see their wool standing up and the way it looks for it, we are very pleased with the performance," he said.

"The most important thing for us, is to hear the reports back from the clientele, when they are happy we are on the right track."

Co-principal John Nadin said it was pleasing to see a lot of the rams head to the north-west area that was bouncing back from drought.

"The consistency right through the sale and the fact that we had a couple of the higher priced rams heading to studs (was pleasing)," he said.

"We had four studs take home rams today. When other studs are chasing your genetics you must be doing something right.

"It was good to see the new faces mixed with the regular buyers.

The sale was conducted by Clemson Hiscox and Co.