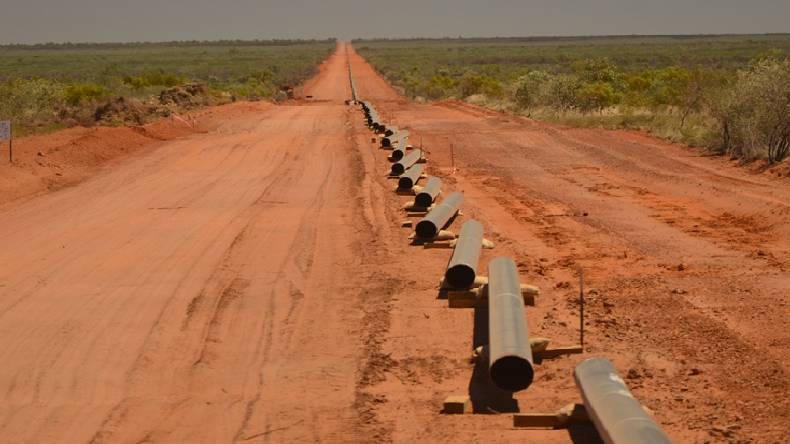 One estimate discussed in the Rachel Pepper scientific review which gave the green light to gas exploration said "fugitive emissions from natural gas production in the NT are expected to be about three per cent of Australia's Inventory methane emissions".

The energy industry has welcomed the Federal Government's latest plan to use technology to reduce climate emissions.

The energy industry has welcomed the Federal Government's latest plan to use technology to reduce climate emissions.

Origin Energy this week announced it was resuming testing of its shale gas well in the Beetaloo, WA.

APPEA chief executive Andrew McConville said both in Australia and across Asia, natural gas is a lower emissions energy source that can see the emissions intensity of electricity generation fall, particularly on the east coast," Mr McConville said.

"Natural gas-fired generators are flexible technologies which can be easily ramped up and down to meet demand, making them complementary with intermittent renewable energy.

"Alongside this opportunity at home, exporting natural gas as LNG is allowing our Asian trading partners to reduce emissions in their economies. Reducing global emissions is a global effort, and as an energy exporter Australia is doing its part through many channels."

Mr McConville said the statement, from Energy Minister Angus Taylor, included a range of technologies, including carbon capture and storage (greenhouse gas storage) and hydrogen which he said was an important recognition that these technologies can achieve large-scale abatement while providing significant economic opportunity.

"These are areas where Australia's existing comparative advantage and experience in natural gas development and exports provide significant opportunities for the further development of these technologies," Mr McConville said.

"Importantly, these technologies are large scale, capital intensive and will lead to enduring emissions reductions. It will be important that the focus on these technologies through the annual Statement process is similarly enduring.

"The oil and gas industry's focus on innovation and technological development means it is ideally placed to continue a constructive role in emissions reduction as Australia moves towards a lower carbon future."

"Getting the technologies of the future right will support 130,000 jobs by 2030, and avoid in the order of 250 million tonnes of emissions in Australia by 2040.

"If these technologies achieve widespread deployment globally, they will significantly reduce emissions from energy, transport, agriculture and heavy industry. These sectors account for 90 per cent of global emissions and emit 45 billion tonnes each year.

"The Government expects to invest more than $18 billion in low emissions technologies over the decade to 2030, in order to drive at least $50 billion of new investment over the next ten years."

The Low Emissions Technology Statement is available on the Department of Industry, Science, Energy and Resources website: http://industry.gov.au/LETS2020