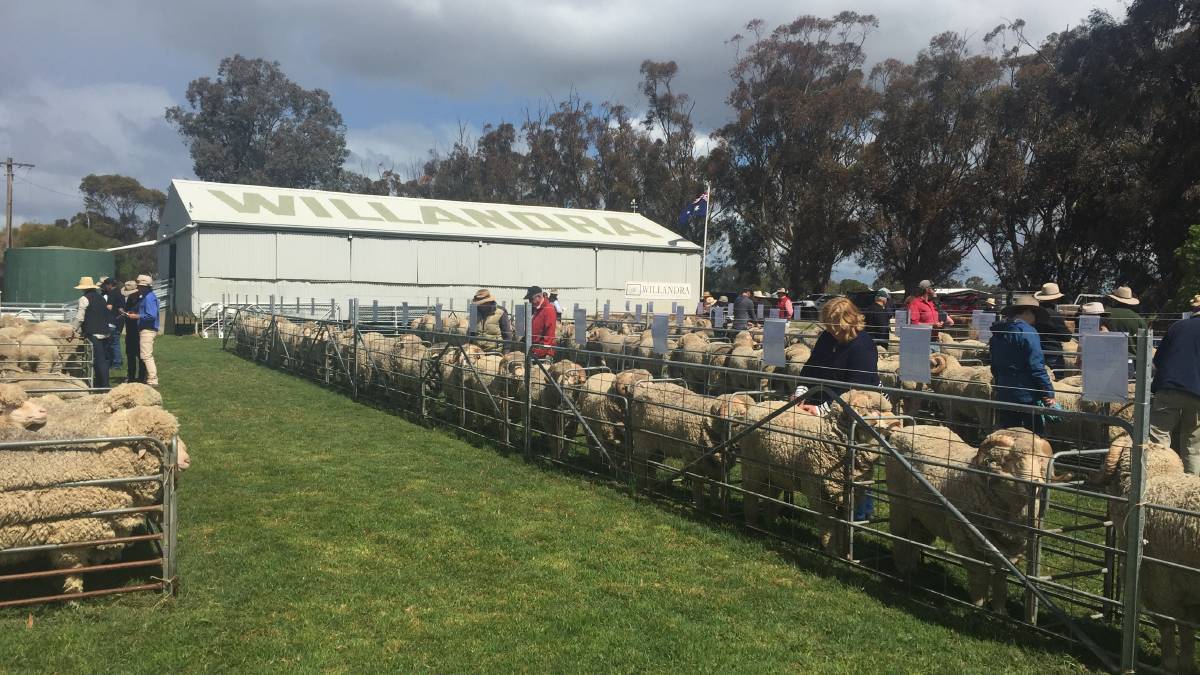 Confidence in the production of heavy cutting Merino rams underpinned a strong sale at Willandra, Jerilderie

A minutes silence was observed before the start of the Merino and Poll Merino ram sale at Willandra, Jerilderie.

The late Mr Wettenhall was very well respected in the Jerilderie district and was a longterm client of the Willandra stud.

At the 2019 John Wells Memorial Sheep Sale in Jerilderie, the Wettenhall family were presented with the shield for highest price pen by Ross Wells.

Also, before the sale started Ross Wells acknowledged the support and wisdom he has received from Steve Phillips for the past 45 years as Mr Phillips steps down from the stud classing at Willandra but is retained as stud consultant.

For 34 of those years, Mr Phillips was the stud classer having taken over from Tony Watson who also classed the Willandra flock for 34 years.

Top price at $13,000 was paid for a Merino ram by George Simpson, Yooroobla Pastoral Co, Jerilderie.

Mr Simpson is a longterm client of Willandra and each year his surplus sheep are sold for high prices at the Jerilderie sheep sales.