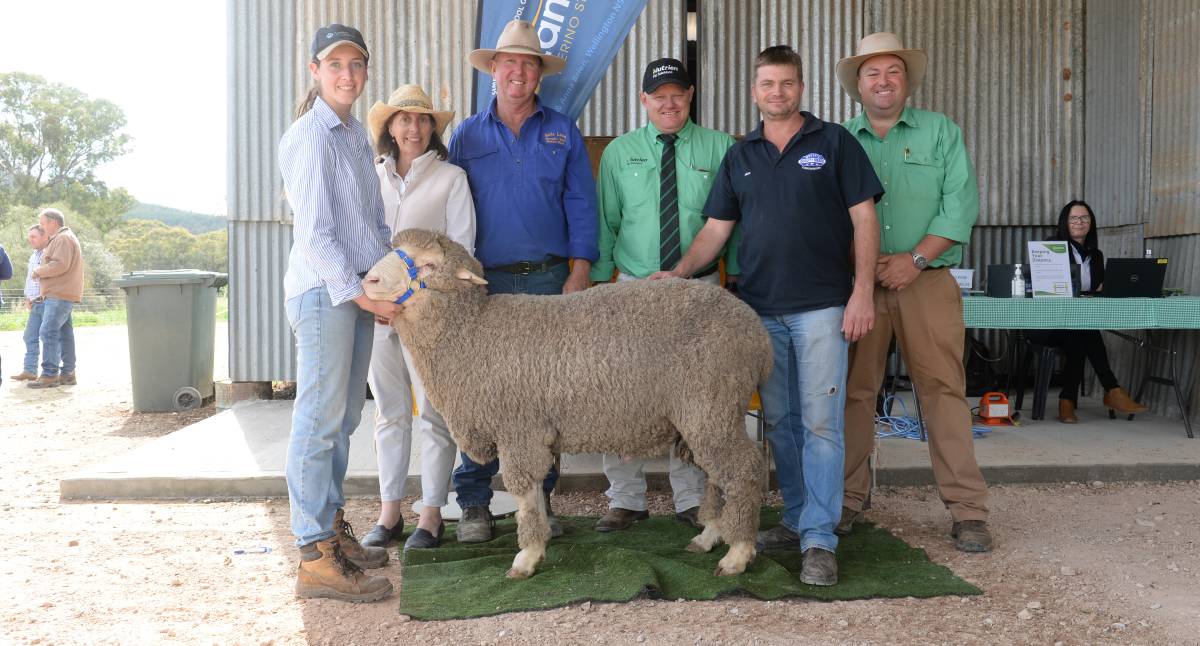 Average price for Bella Lana Poll Merino rams jumped by $556 from last year to $2491 at the annual on-property sale, Wellington, on Wednesday.

All 125 rams sold in a total auction clearance for a healthy $2492 average, up $556 on last year, and selling an extra 35 rams. While the majority of buyer came from all parts of NSW, a Victorian was among three buyers purchasing online through AuctionsPlus.

Returning to purchase the top-price ram, MJO Rural's Muz O'Malveney, Yeramba, Canowindra, this year had to fight a bidding dual to $10,000 to secure the high performer sired by Wallaloo Park 170760 and from a ewe sired by KAR 070788.

This PP poll ram growing 18 micron was in the top five per cent ranking for number of lambs weaned (NLW), Merino production - plus (MP+) and Dual purpose plus (DP+).

Mr O'Malveney said he returned each year because Bella Lana rams produced better performing lambs from his flock of 800 ewes.

Third top-priced ram at $6000 was purchased by the Bruce family, Koorong, Bombala.

Returning each year was Warren Leeson, Anglewood, Dunedoo, who purchased four rams averaging $3625 and topping at $4250 for a son of Kerin Poll 151911 growing 17.1 micron wool and a leader for yearling weight (YWT).

The sale was conducted by Nutrien Stud Stock, Dubbo, with John Settree the auctioneer.