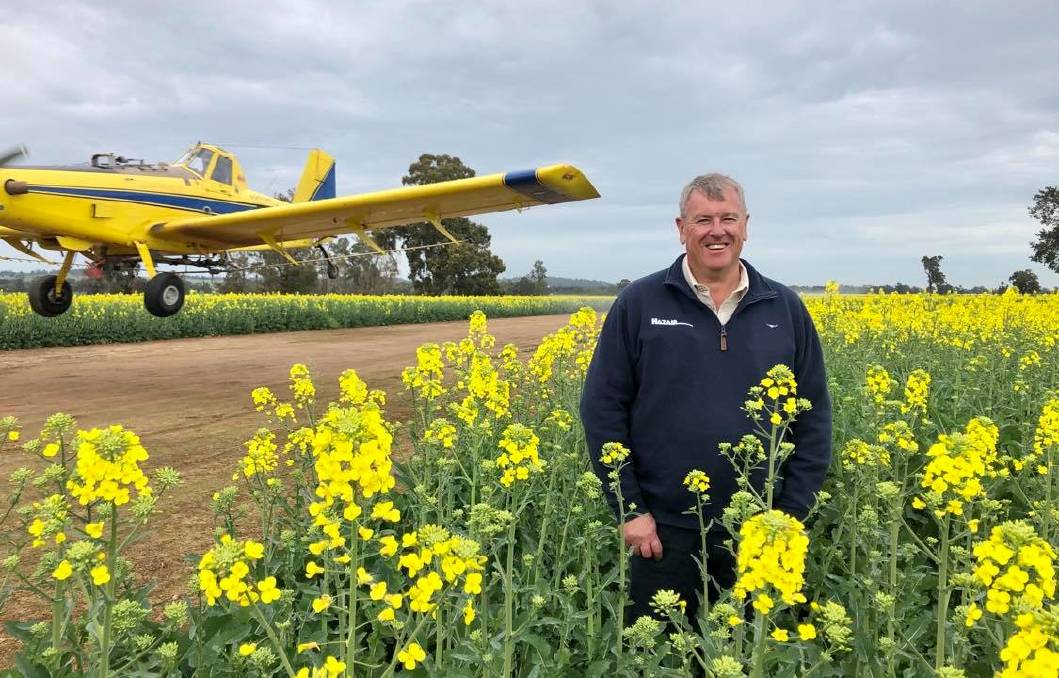 Stephen Death of Hazair, Albury said it has been their busiest year since 2016, farmers happy to invest in aerial spraying with a bumper harvest expected.

The year 2020 will go down as one of the worst for pilots worldwide. But, for aerial spray contractors it has been one of their busiest seasons in years.

Stephen Death of Hazair, Albury said a phenomenal season in the eastern Riverina had made it their best year since 2016.

"Farmers have been willing to keep investing in their crops to make sure they get a really good result," Mr Death said.

"They've been using airplanes where they can so they don't damage their crops and they get the job done very quickly."

Hazair's four pilots have been mostly kept busy spraying fungicide on canola to mitigate sclerotinia, prevalent after a damp winter.

"In the last two weeks we've also started to do cereal crops for various fungicides, there's a little bit of rust starting to appear in the northern sections," Mr Death said.

Mice provide more work than crops in the north

However, in other parts of the state the promised bumper season had not delivered.

David Warburton of Aircair Aviation, Moree said this year was a vast improvement on the 2019 season but the forecast for a wetter than average winter did not eventuate.

"There are parts which are still looking amazing, but around Moree itself farmers are feeling the pinch a bit." 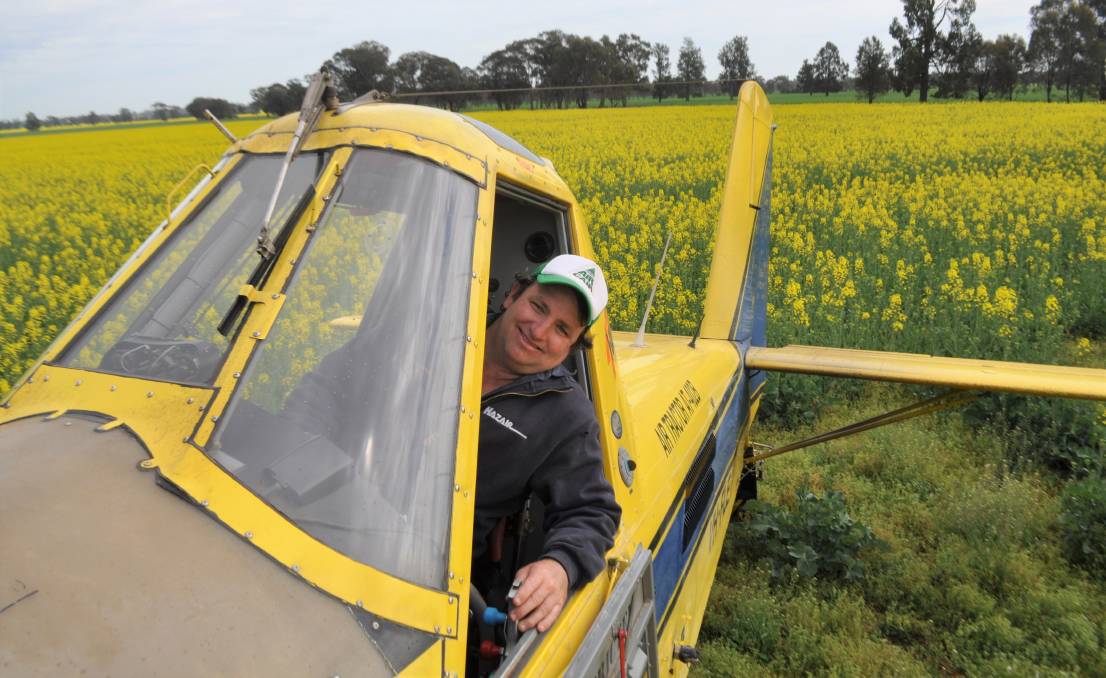 Hazair pilot Adam L'Anson has been flat out spraying canola crops in the Riverina in recent weeks.

Mr Warburton said they had expected to be kept busy spraying chickpeas and faba beans this year, but it was mice baiting which had offered the majority of work in recent weeks, growers witnessing a rapid build up of numbers in northern NSW.

"There were a lot of chickpeas and faba beans planted this year, both those crops need a lot of protection if it does get wet, but it hasn't happened," Mr Warburton said.

"What we have been busy on in the last three weeks is mice baiting, but you can get through that work really fast."

There are hopes summer crops will offer more work, the forecast indicating there will be some good sorghum and cotton crops grown in the region.

In the meantime, Aircair has contracted three of their planes to southern NSW to help with the canola spraying.

During the previous two winters, with very few crops in the ground around Moree, they managed to hire out a few planes to Western Australia.

"We're pretty lucky that we also have four airplanes which we can put on to work with the Rural Fire Service, we did that last summer and were kept very busy," Mr Warburton said.

Aerial Application Association of Australia (AAAA) chief executive officer, Phil Hurst said diversification and the ability to contract out assets were key to surviving in an industry that is reliant on the farming seasons.

"The last few years of drought have been extremely difficult for the industry, we're just like anyone else in agriculture, you have to have contingency plans," Mr Hurst said.

"Being able to share the fleet around is a big part of our drought management strategy.

"Very seldom is it a drought everywhere and someone's always having a season or needing an aircraft for various reasons."

Despite the recent devastation of COVID-19, Mr Hurst said there was a pilot shortage worldwide.

"It's not a job everyone wants to do. Low flying is not everyone's cup of tea, but the flying is also only a small part of the job. You've also got to know about chemicals, nozzles, drift management and agronomy," Mr Hurst said.

Mr Hurst said this was why aerial application was not a well-suited temporary occupation for out-of-work airline pilots during the pandemic.

"There's been a level of interest but those pilots flying for airlines have a different skill set which are not entirely transferable to aerial application," he said.